The children in Johnson House preschool have continued with our project to learn about Australian native animals. We started our group time this week by discussing whether to keep learning about possums, or to move onto a different animal. After casting a vote, the children picked their next focus animal: lyrebirds.

“What do we know about lyrebirds?” I asked the children. Responses included, “Well, I know that they can copy things”, and “They can copy sounds that other animals make”.

We had a look at some pictures next. Comments such as “Wow, look at their long tail”, “I can see yellow on their body” and “I can also see that they have a beak and two legs”, were made by the children. We also watched a short video and heard some of the different sounds that lyrebirds can copy—the children were able to identify a kookaburra’s laugh, a chainsaw and a car alarm.

For the last part of our group time, we moved to the art table, where everyone attempted to draw a lyrebird while looking at some pictures on the iPad. The children thoroughly enjoyed this experience and we look forward to continuing with our investigation of native animals. 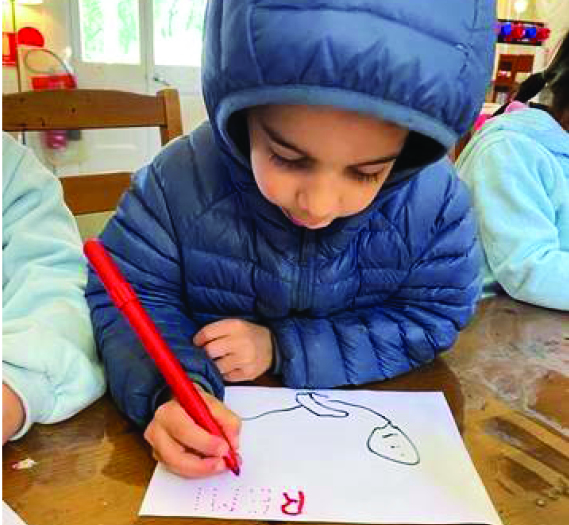 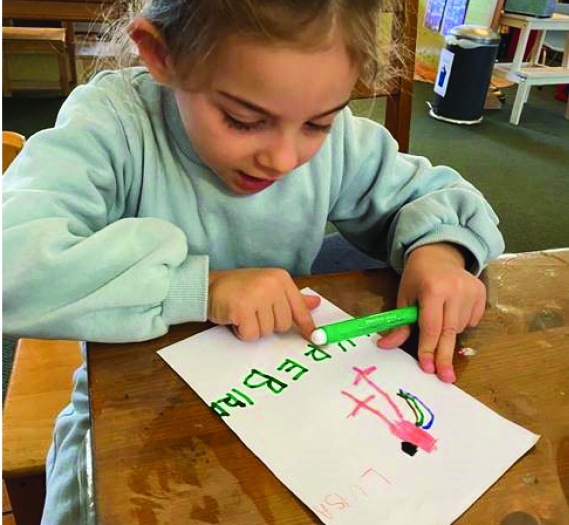 Today in Robinson House we continued exploring science as part of our STEAM project, again looking at some very exciting experiments.

Before we started, we went over our safety rules for science experiments to ensure that everyone could have fun and learn in a safe environment. We all agreed to follow these very clear and simple rules and all that was left was to begin!

For today’s experience, we revisited the rocket launching experiment that we had done earlier in the week, as we had a theory that the reason the rocket didn’t go as high as we had envisioned was because the bottle was just a bit too small and the plastic was a bit too heavy. So, today we experimented using a bottle that was more than twice the size of the first one, and which was far lighter!

Yesterday we asked if anyone could bring in some bottles from home that they would like to test out, and we were lucky enough to have had a few very eager scientists arrive with bottles in hand this morning.

Our first step was to create a launch pad for our rocket, which we made from loose parts found in our STEAM area. A traffic cone and a long tube of PVC pipe would do the job perfectly. We needed to go through just about every piece of pipe we had until we found the perfect one (a piece of pipe that ensured our bottle rocket would fit snuggly inside but also create a secure connection to the traffic cone).

As we did with our previous experiment, we carefully poured white vinegar into our bottle rocket. The next step was to spoon bicarbonate of soda onto a piece of paper towel which was then rolled up into a sausage-like shape that was smaller in diameter than the top of our bottle.

Once we were all safely sitting in our testing area, we began our countdown from 10 to 1, and the bicarbonate of soda paper towel parcel was dropped into the bottle and a wine cork was pushed down snuggly into the neck. We had to move very fast now—the rocket was placed onto our launchpad and we waited with great anticipation for what was about to happen.

We didn’t have to wait very long at all. A loud ‘BOOM!’ sound was followed by our rocket soaring high into the sky, landing halfway between the Robinson House yard and Johnson House!

Many of the children explained that the reaction the vinegar and bicarbonate of soda was having inside the bottle built up pressure and that that pressure caused the cork to shoot out, forcing the bottle into the sky!

But how much pressure could we create? And what would happen if the bottle lid was screwed on? Thankfully we had three bottles left to experiment with that were so kindly bought in for today’s investigation.

“I think it is going to explode into a thousand-hundred pieces”, said Selin.

“This is going to be awesome; I hope we use my bottle”, said John.

We created another safe testing area from loose parts found in our STEAM area, this time using a big plastic drum that we lodged securely inside a milk crate.

For our next experiment we followed the same steps as previously, but this time we screwed the cap on and dropped it into our testing tub. This time we couldn’t see what was happening, so we had to remain patient, staying safely in our seats while waiting for any changes.

We waited and waited, and waited some more, until the moment the children least expected it— BOOOOOM! The milk bottle exploded, which brought a raucous cheer from everyone that was involved! How exciting!

We pulled the milk bottle out of the testing tub to discover that the bottle had been torn in half by the force created by the pressure of the CO2 we had created using the vinegar and bicarbonate of soda. We also discovered that the sound of the bottle exploding had been amplified by the acoustics created by the shape of the drum. What incredible discoveries we made! 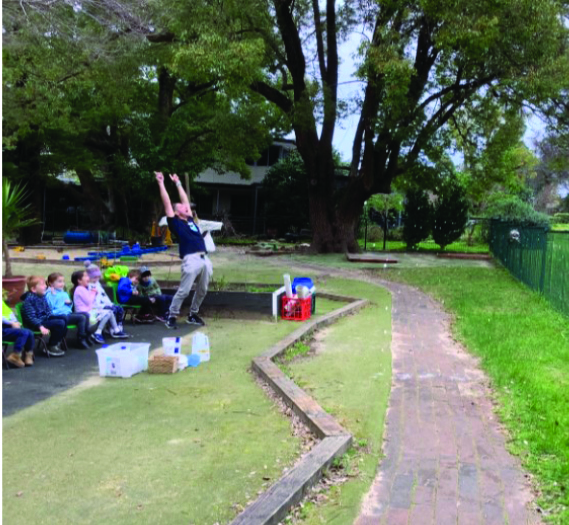 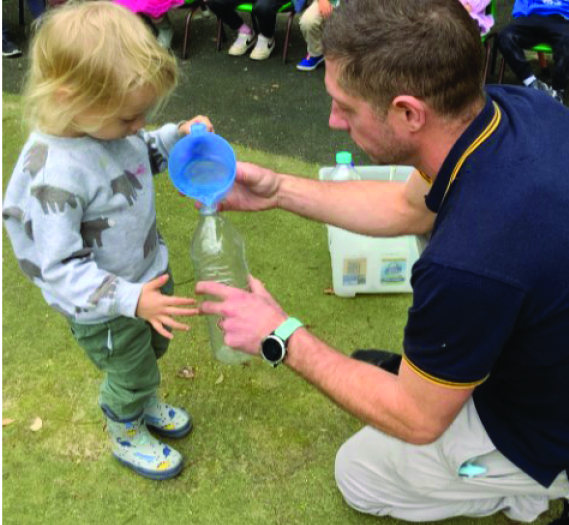 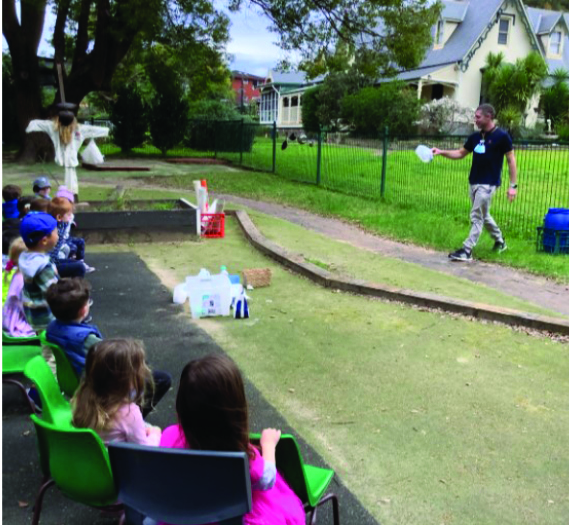 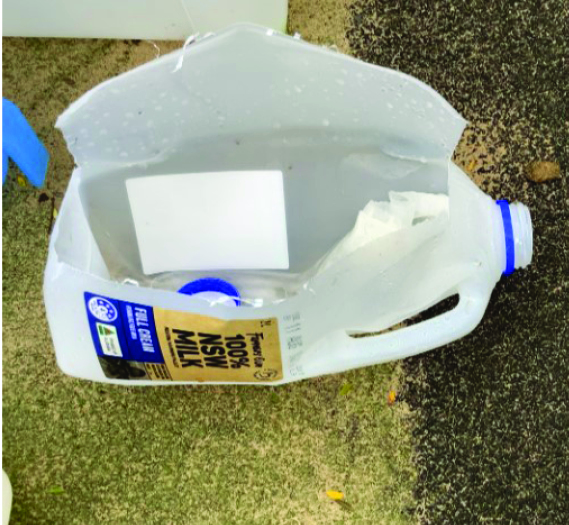 Last week, while the children were sleeping, Family Day Care Educator Eszter in Bondi was experimenting with her new Cricut machine (an electronic machine that can cut any material that can be cut by scissors or a knife, such as paper, card and vinyl). For the upcoming Aboriginal and Torres Strait Islander Children’s Day (4 August), Eszter created Australian animal silhouette designs which she uploaded to the design space that came with her Cricut machine, and these were then cut out by the machine on card stock with an Aboriginal art design. Eszter plans to keep some of the off-cut card stock to tape down for the children to also use as stencils. Eszter also made some necklaces for the children using fabric with an Aboriginal art design. These were just some of the new resources Eszter created for Children’s Day. 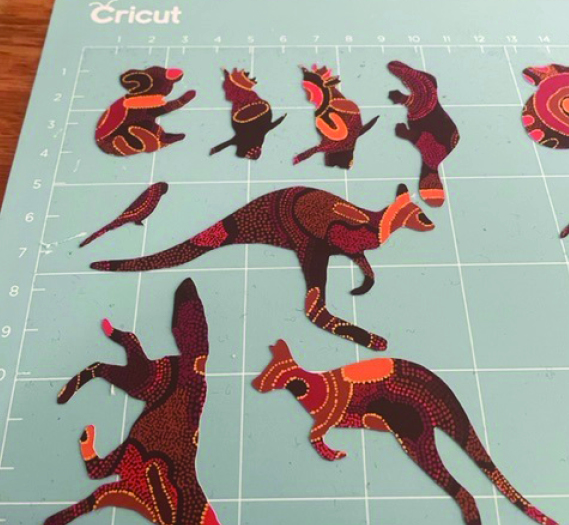 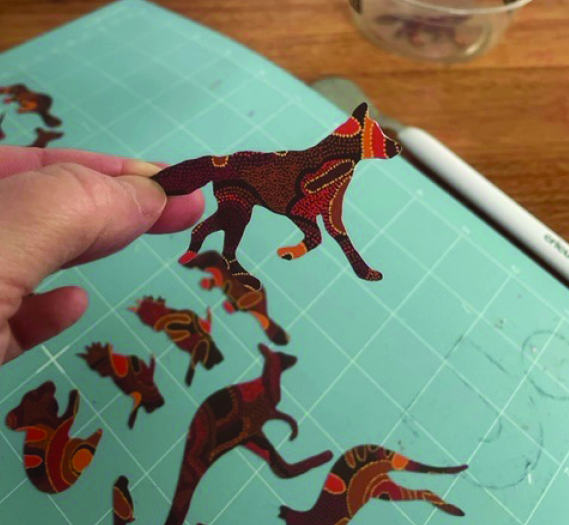 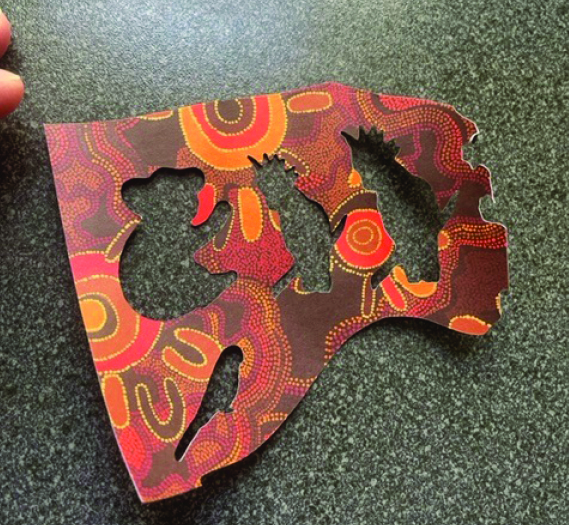 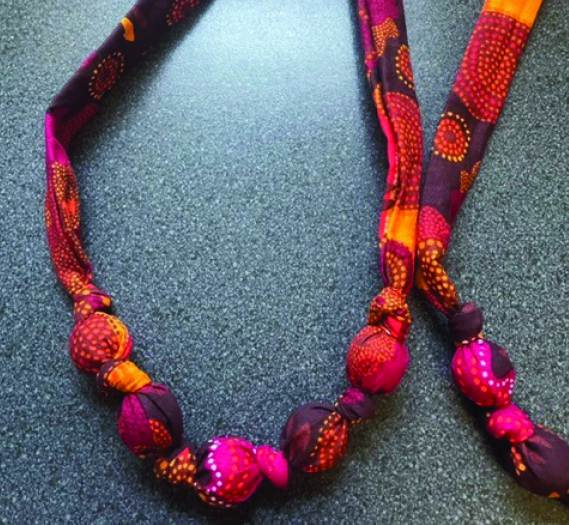 At playgroup we did ‘fizzy painting’. We used paints that were made by mixing bicarb soda, food colouring and a little water together to make a paste. We painted this onto paper, and then when we were ready, we used our finger muscles to draw some vinegar up into eye-droppers, which we then squeezed onto our paintings. The results were amazing! We could see and hear the chemical reaction created by the mixing of the bicarb soda and vinegar, and we were also able to see the interesting ways this reaction changed our artworks. 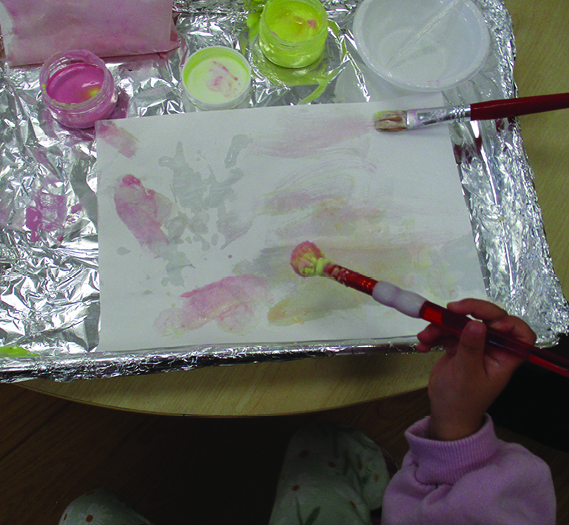 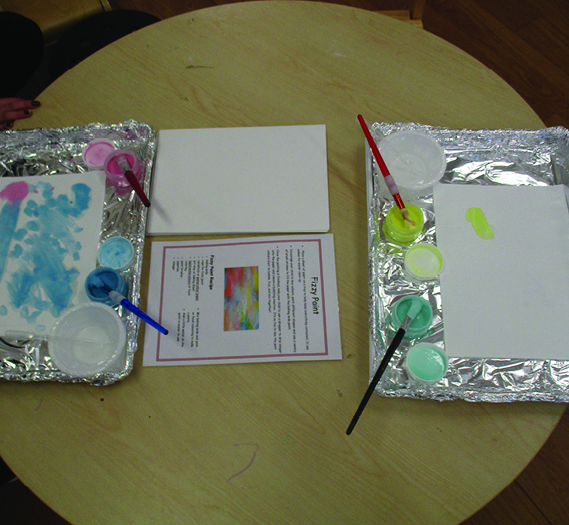 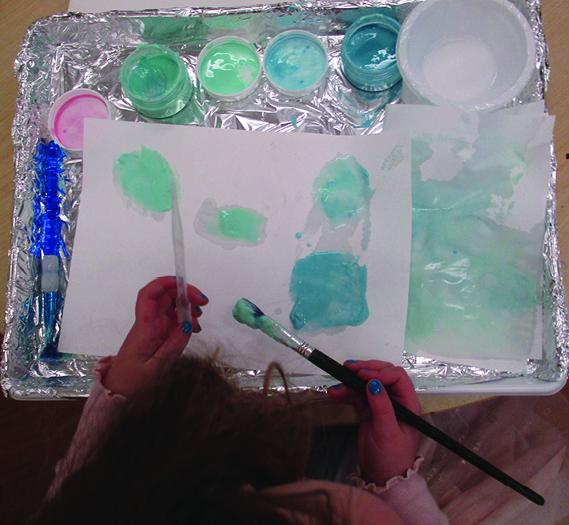