Here in Gorton House toddlers, we’ve been busy of late exploring nature as well as examining how things change—changes of state, how appearances change and ideas such as hot/cold and colour mixing.

With this in mind, it was really satisfying to see the kids branch out and find unplanned, inadvertent ways of combining the two. A recent painting session that focused primarily on colour identification and mixing, saw the kids begin to express themselves freely from an artistic perspective. There was a lot of labelling of paintings and descriptive stories attached to the works, which is great as they’re starting to link personal experiences to the here and now. And yes, there was a degree of recognition of colour and interest in how colours changed when mixed, but that was quickly replaced by the idea of painting some of the faeries and angels that are scattered through our yard

Once the kids established that we were ok with them decorating these figures, (under supervision and with the knowledge that this won’t happen on a regular basis), talk changed to what colour the figures would be and why. Initial conversations led to them being brown because “That’s the colour of the dirt where they sit”, and green as “It’s the same as the trees” (both valid reasons I reckon!). From that point on it was all about the stories and the play that inevitably followed.

True, it wasn’t the exact experience we originally set out to explore, but does it always have to be? It was a great example of following the kids’ leads, and allowing them the freedom to branch out and to take different tangents to create their own learning. It also gave us a great ‘in’ for future programs and ideas—looking at Faeries, Sprites and other wondrous folkloric characters. Stay tuned! 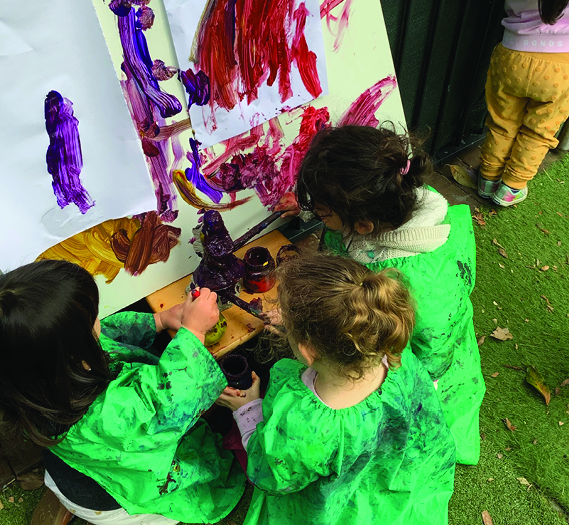 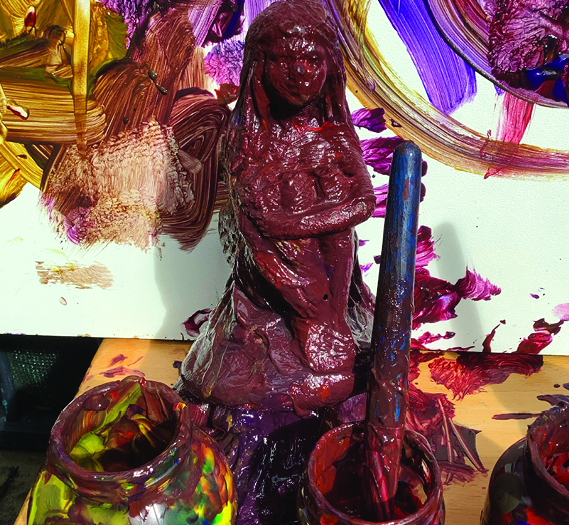 For the past few weeks in Johnson House preschool, we have been planning different experiences where children have an opportunity to practice their fine motor skills. This week I provided them with paper cylinders to practice their scissor skills. We drew faces on to the cylinders first, then we gave our paper roll person a ‘haircut’. To guide the children, we demonstrated drawing a face on a paper cylinder and then using scissors to make small cuts at the top of the cylinder to make ‘hair’.

Everyone seemed very excited about making their paper roll person. The children chose the feelings that they wanted to see on their person’s face. Sometimes they needed some support as they made the hair, as the holding position of the roll made a big difference while making little snips to the paper roll.

While using the scissors, children were practicing independently moving each finger, and strengthening their hand muscles as cutting the thicker cylinder material needed more work than cutting thinner material. The children were using their problem-solving skills, and they discovered that cutting was easier when holding the roll sideways. They were also developing their increasing attention span by focusing on the task and they were socially engaging with their peers. 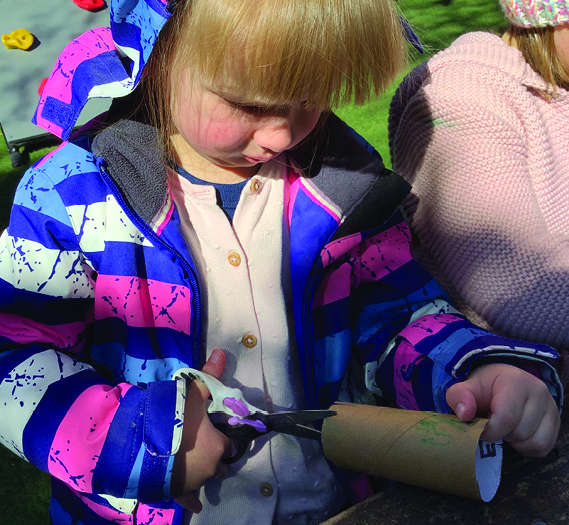 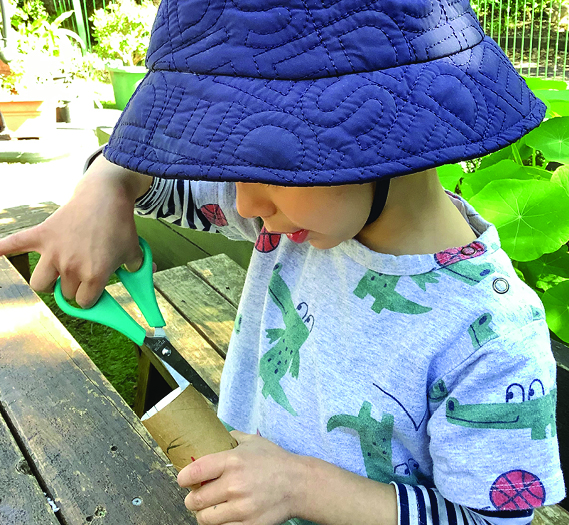 Over the past few weeks at Randwick Family Day Care Sydney Wide playgroup, we have enjoyed making our own healthy juices. The children have learned about food sources as they picked the lemons from our tree in the garden, and their senses were brought to life by touch, taste, and smell.

This week we attempted making a green juice. It was a bit thick and gluggy, but I’m happy to say I still had some volunteer tasters!

For the culmination of our unit of work on ‘Our Community, we had all the families that could make it come along for a parent ‘Show and Tell Day’, followed by an early lunch for the children and parents. The theme was ‘Community Helpers’ and the jobs they do for other people.

We had a policeman, a nurse, a construction worker, a computer programmer, an importer of clothes and handbags, and a piano teacher. The parents made a great effort to prepare their talks for the children to be on their level of understanding. Everyone brought something to show and used props, following the Perpetual World of Learning from PD in your Pocket. The children even receive junior hi-vis vests and hard hats to take home. What a wonderful group of parents I have!!

After eating, we all went outside for the children to have a play with each other and with the parents. It was a FANTASTIC DAY, and all those who attended either wrote or thanked me personally for organising the day. It was way beyond my expectations. 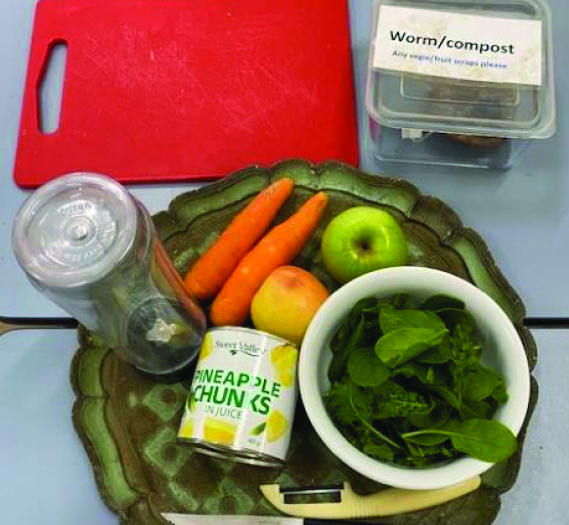 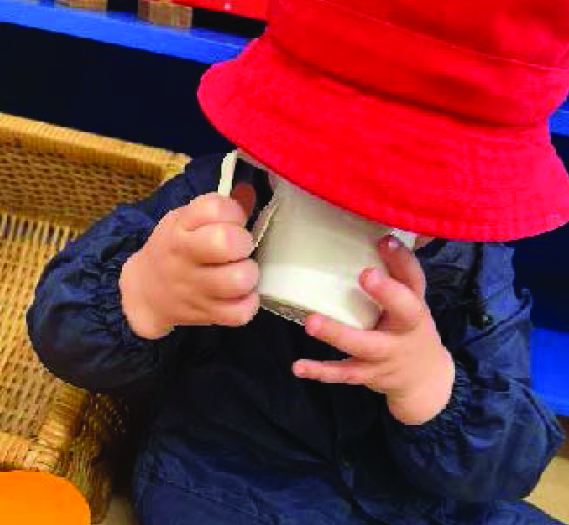 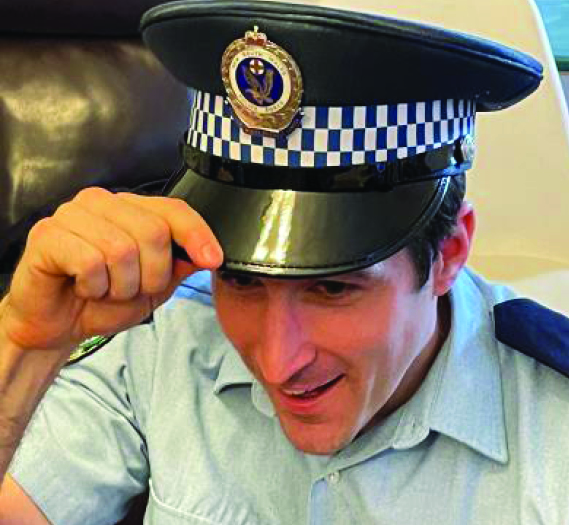 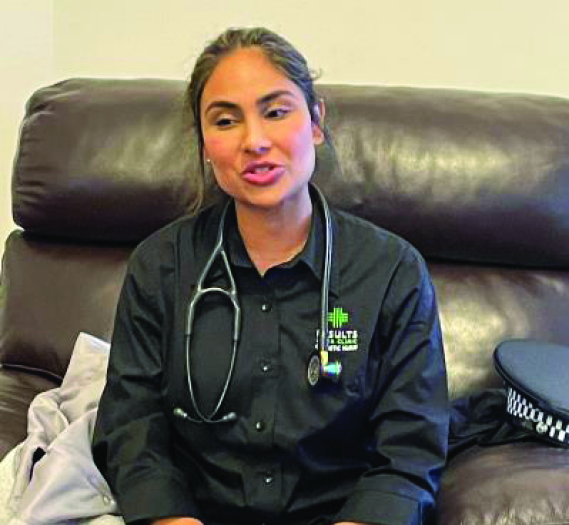 At playgroup this week we have been learning about dinosaurs. We did this in a number of ways. We used our visual discrimination skills to search and find dinosaur figures in coloured rice and then matched them to the pictures on a poster. We learnt to look for size, colours and shapes when trying to match the dinosaurs.

Painting with Duplo blocks helped us to practice using our fine motor skills, as we picked up the blocks and used them to paint our dinosaur pictures. Some of us got paint on our hands and decided to just use our hands to paint, which was fun and messy!

We loved learning about dinosaurs and hope to do some more dinosaur activities in the future. 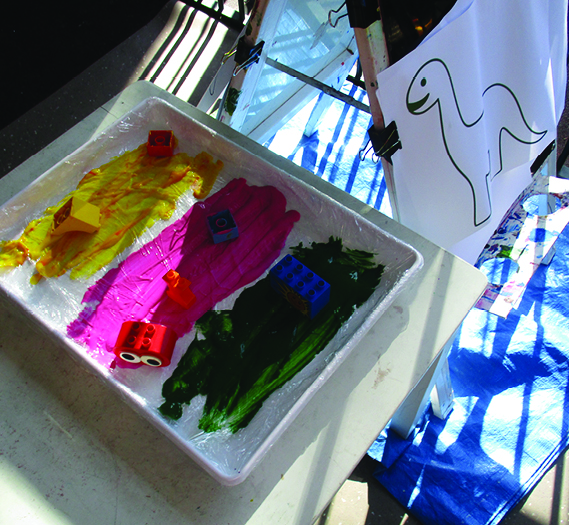 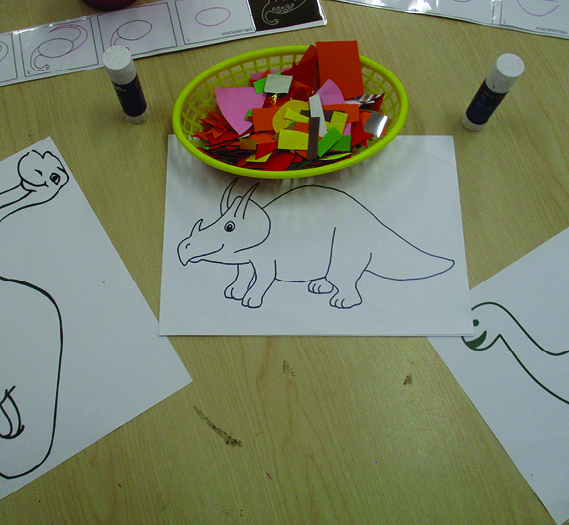 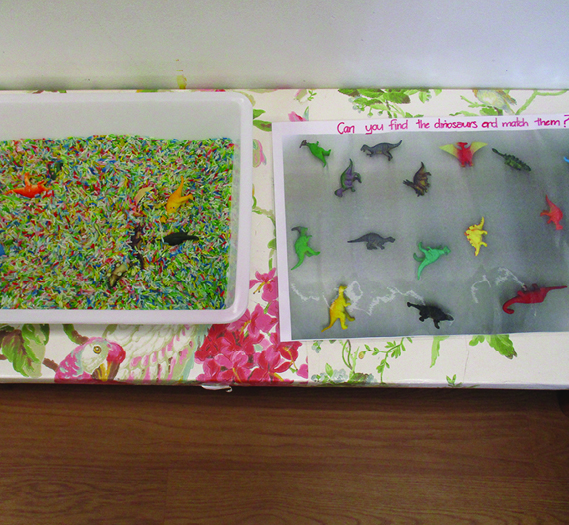