Recently in Gorton House infants we have been regularly setting up mark making experiences for our group.

We have a funny little song which we sing when we start making marks:

Make your meaning with your marks,

Why do we call it ‘mark making’?

For each individual in these experiences, the marks they make are significant. Each of us build the skills, attributes, ways of being and dispositions for learning which lead to using marks to make pictures. This requires significant and sufficient experience, understanding, self-awareness, imagination, creativity, flexibility, persistence, theory of mind and the ability to interpret the world around us and to interface that with expression. We all need to understand that we have ideas, and to see that they are meaningful, important and valued by those around us.

Mark making depends on solid and time-crafted eye hand coordination, fine motor strength in fingers and wrists, and an open-minded and child-centred approach to provisioning and interacting within these experiences. There needs to be reflective and intentional consideration of the role of educators as provisioners, describers, clarifiers, enablers, and sometimes models, without imposing standards, guides or prioritising skills over being, becoming and belonging as a creative and expressive individual who is valued and whose ways of creating are fantastic.

Having the disposition for learning creativity requires enthusiasm, commitment, imagination and reflexivity, as well as using and investing in skills and processes such as inquiry, experimentation, researching and investigating (EYLF Learning Outcome 4 – Children are confident and involved learners). Being able to engage with, interpret and make meaning from a range of texts and media (and that can be nearly anything), and being supported holistically and spontaneously to understand how symbols and pattern systems work, underpins an individual’s journey as an effective communicator (EYLF Learning Outcome 5 – Children are effective communicators). At the very heart, we explore our emerging autonomy and sense of agency, developing our knowledgeable and confident self-identities (EYLF Learning Outcome 1 – Children have a strong sense of identity).

Alongside all of this learning, seeing mark making in a holistic way offers educators many opportunities for intentional but spontaneous integration of learning and discussion around diversity, inclusion and how this way of telling stories and making meaning is of great significance and importance to our First Nations people. It offers us many paths for connection, understanding and further reconciliation.

Gorton House toddlers have shown great curiosity about the world around us and they always have enthusiasm for exploration and discoveries. To support and foster their interest and learning, we have planned and started science experiences. On 22 and 23 July we conducted an experiment, mixing bicarbonate of soda and vinegar together to see what would happen, and adding food colouring to make it more interesting. The children were very curious about this experience, and they actively participated in the experiment.

Questions were posed for the children to think about and discuss. “What colour is this?”, they were asked, “Red”, they responded. When they were shown the soda and asked what they thought it was, some said it was flour and some said it was sugar. Then they learned it was called ‘soda’, and they smelled it. The next ingredient was the white vinegar. At first the children thought it was water, but when they smelled it, they found the difference—“Yooo”, they said! Because of the strong smell of the vinegar, the children could not believe that we could put it into some dishes. They were encouraged to ask the educators and parents if they liked vinegar or not, which they did. Their questions and interactions were very interesting, and reflected our children’s excellent curiosity and the development of their language and communication skills. The children took turns to place the soda into cups, and they watched very carefully as the vinegar was added in. They were quite excited about the reaction of the vinegar and soda, and they tried to hold the cup to feel the bubble eruptions. The children were such curious and enthusiastic learners that they insisted upon trying more experiences and experiments.

Although this experiment was simple to do, it helped the children to grow bigger ideas and to acquire knowledge of fundamental scientific concepts and it stimulated scientific thinking. The children were building their learning while having a lot of fun. 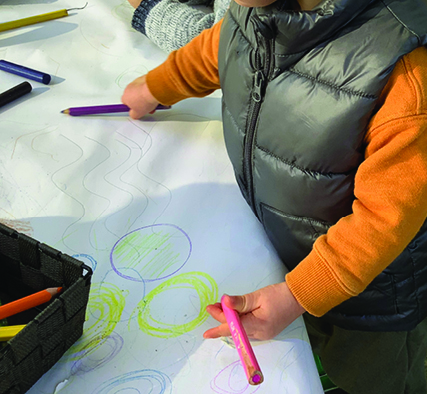 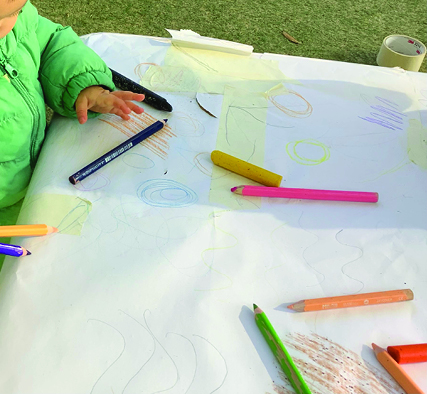 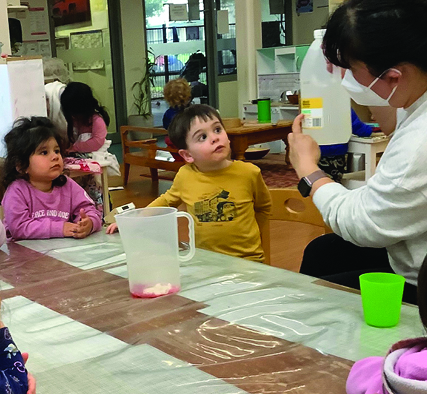 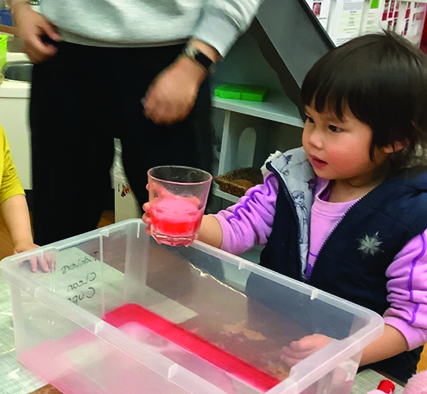 In Johnson House preschool, the children have been keen to explore the concept of camouflage. When we spoke about what the word meant, the children shared comments such as “It is when the animals go invisible” and “When they go to the same colour… just like the chameleon“. This was further explored through an ‘I Spy’ game. Using the informative picture book ‘Masters of Disguise (Camouflaging Creatures and Magnificent Mimics)’ by Marc Martin, we looked at how animals camouflage in their natural habitats such as in the rainforest, ocean, polar regions and jungles. The children excitedly spotted the polar bears, sloths, stick insects, owls, chameleons, leopards and butterflies.

Later in the week the children continued to investigate the process of camouflage by exploring wax resist watercolour painting. They were encouraged to use candle wax to draw on white textured paper, making different objects such as patterns, shapes, lines and abstract representations. Afterwards they painted over their wax drawings with watercolour paints. They were so amazed to reveal their secret drawings. Like the process of camouflage, when we draw on white paper with a white texta or crayon, the drawn objects are hard to see. But once water colours are added, the objects come alive. The children are learning that animals can use camouflage in different types of environments, and for different reasons, such as to protect themselves or to capture their prey. 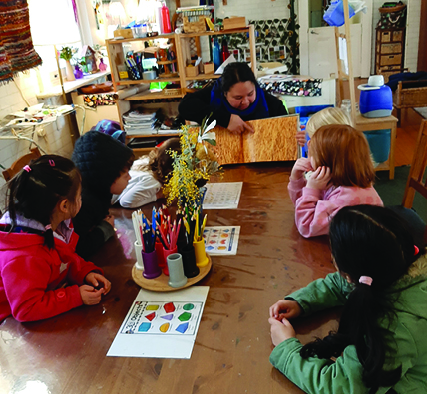 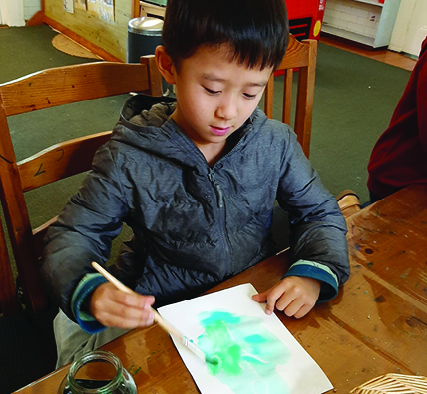 Charlize hanging out in the cubby house at Play Session

It was Charlize’s first time at a family day care Play Session, and it was lovely to see how ‘at home’ she was in this new environment! I put it down to her lovely Educator Santina, who is a very calm and warm presence in the children’s lives. The children were picked up in the family day care bus to attend the play session, and their sheer joy and excitement about the trip they were going on for the first time was wonderful. 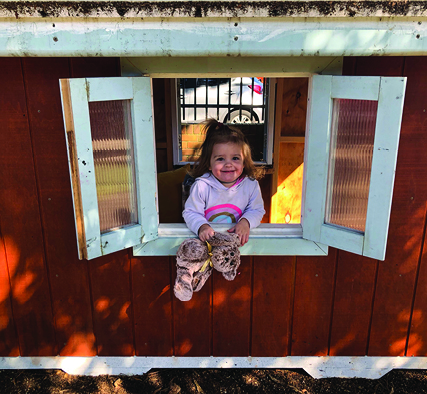