The children in Johnson House preschool have been enjoying the opportunity to participate in a range of physically active group games. As they have become familiar with the variety of games, the children are now showing confidence in choosing the game they wish to play and recalling the rules of these. The children show a willingness to join in, and they are also developing skills in turn-taking, cooperation and following directions. These games also promote physical development, and skills such as running are practised and refined. 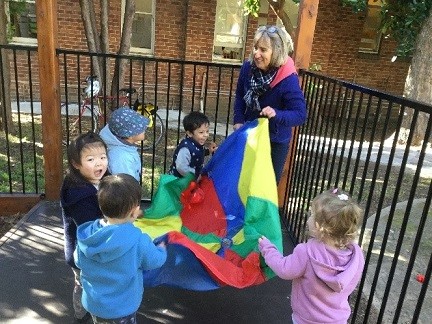 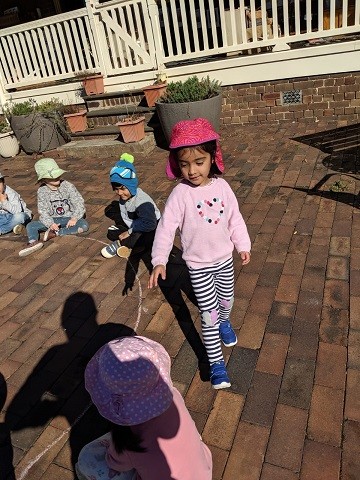 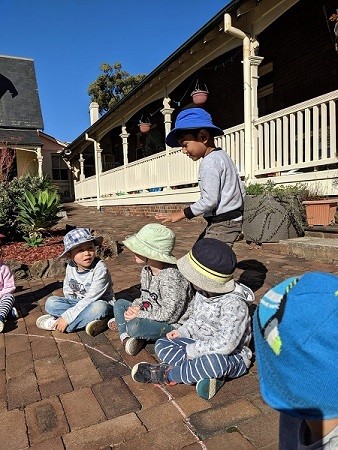 The children in Murray House have been playing with visual cards in many different ways as they show an ongoing interest in the storybook ‘Where is the Green Sheep?’ This week educator Dalia introduced a game that focused on words that describe specific prepositions, which are ‘positional words’, for example ‘on’, ‘off’, ‘top’, ‘under’, ‘in’, ‘out’). Dalia led the game by hiding the visual cards in the room, and asking “where is the sheep?” The children were excited and curious about finding the cards that were hidden.  One child said “in cup! as she discovered a card in a cup; another child yelled excitedly “on head”, as they described where the card was positioned. As the children continue to imitate and use words through play, our educators are noticing that the children are beginning to construct the meaning of words. 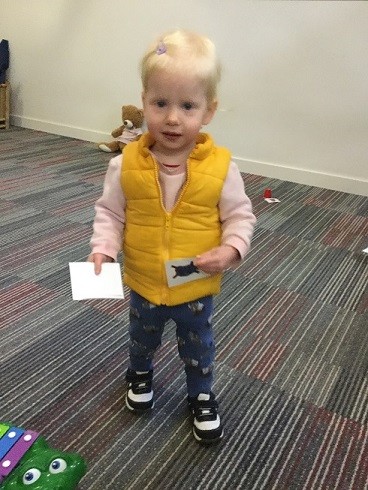 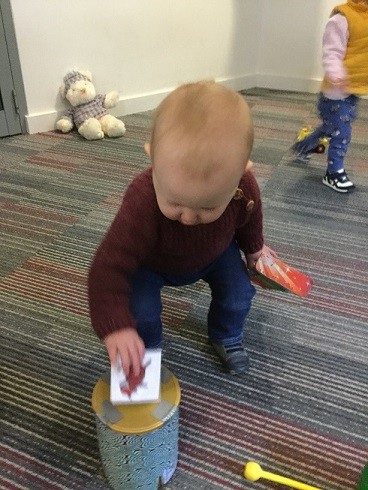 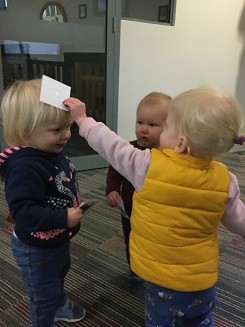 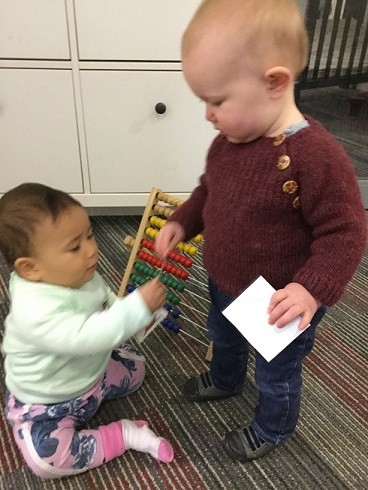 The children in Rigby House enjoy dramatic play, showing much interest in ‘grooming’ where they’re often seen pretending to brush and cut their hair. They also enjoy opening jars and pretending to put cream on their faces. Jewelry, especially bangles, are also popular items.

This dramatic play area is very popular with all of the children. As they play they experiment with ideas and concepts and explore gender roles, and roles they have seen in the community, such as hair dressers. They experiment with reverse roles, where one of them is the client and the other is the hairdresser. This pretend play allows the children to come to understand their world and how they fit within it. It helps them to build a sense of identity.

Dramatic play allows children to use their imaginations, express ideas, use their problem-solving and thinking skills, and build an understanding of their own individuality. 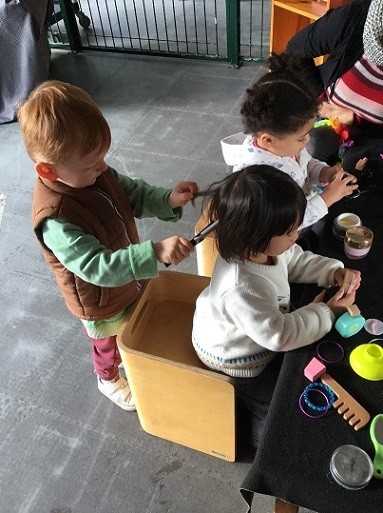 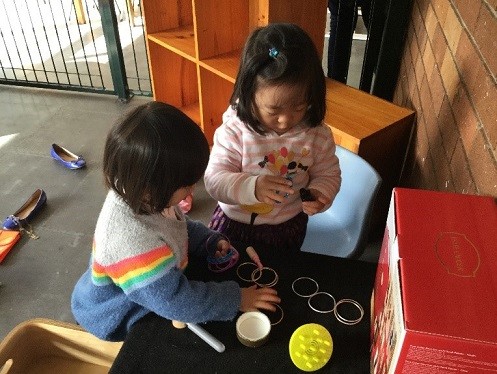 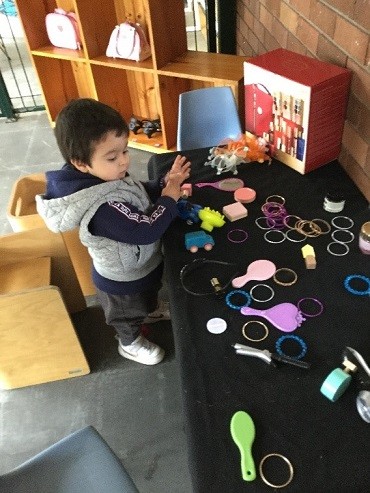 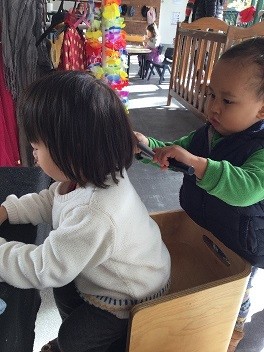 One of the projects that the children in Robinson House have recently been engaged in is exploring butterflies. The project has been going on for weeks, and started when the children observed some butterflies fluttering around our yard. From using loose parts to make patterns of butterfly wings, to folding paper and using pipe cleaners to make butterflies, the children have had many opportunities to get crafty and creative in making their own butterflies. Educator Katie demonstrated another way of making butterflies—folding a sheet of paper in half, then painting on one side of the folded paper and before folding it back to print the pattern over to the other side. This imitates the wings of a butterfly. The children made dots and lines on their paper, and they displayed wonder and curiosity when the patterns were revealed as they unfolded their paper again. Through this experience the children not only got creative with making patterns, they also began to develop awareness of the mathematical concept of symmetry. 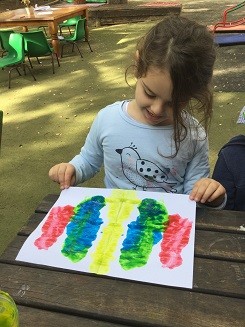 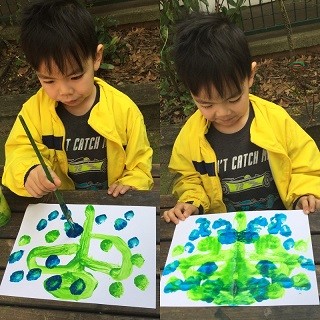 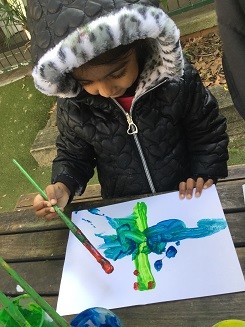 As this week was the last playgroup for the term, the Inner West Hub of Family Day Care Sydney Wide decided to do a preemptive celebration for NAIDOC Week (7-14 July)! We explored the meaning behind some Aboriginal symbols, and the children made beautiful rainmakers using recycled cardboard tubes that had been spray painted in an earthy colours. The children filled these with lentil seeds and decorated them using the colours of the outback. One of our talented educators, Edurne, prepared a special ‘bush tucker’ feast for all the children attending, and the children took part in a dramatic play experience that saw them gather food, prepare the fire and then eat around the campfire. This was a great social occasion that celebrated the importance of the collective; and dare we say that our rainmakers worked, as we had rain later that evening! 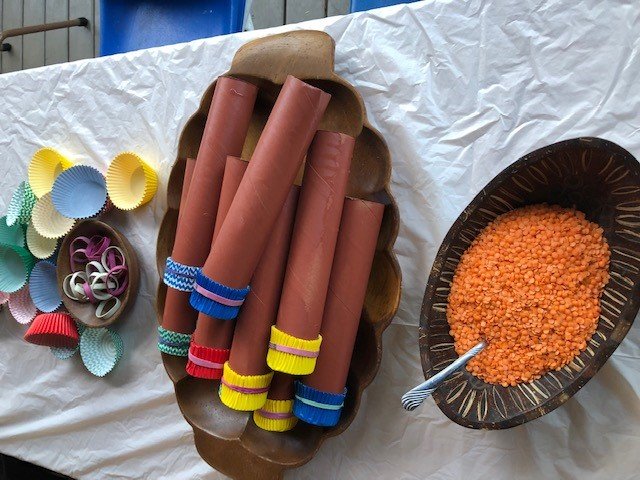 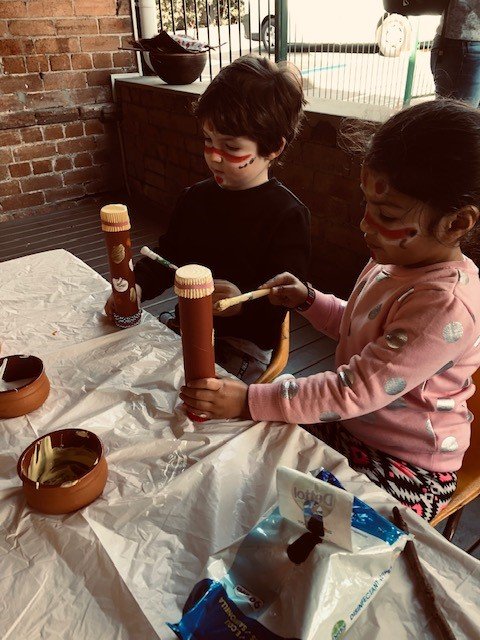