The children in Johnson House preschool have recently been busy exploring Aboriginal Art. One of the paintings was hiding a lot of storytelling symbols that the children are starting to become quite familiar with, so the first thing we did was try to find them all. The painting was met with a few responses: “I can see a turtle”, “This is the symbol for resting place” and “That’s a waterhole!”.

The last symbol was quite hard to identify, so we used the guide to see if we could find a similar one on it. After some research, we all agreed that the symbol that looked like it the most was the one for “Short journey”. The children were then asked what they thought the painting meant and what message the artist is trying to give us. “Maybe the turtles are going to the water,” they said.

To conclude our group time, the children were invited to draw their favourite symbols on paper, as a way to practice and become more familiar with them. One child explained “I am making lots of dots, like that picture”, filling his paper with small yellow dots.  The children were all busy copying most of the symbols onto their paper with great precision. “Do Aboriginal people have a storytelling symbol for dinosaurs?” was a question raised by the children. We had a look on the iPad, but could not find anything relating to dinosaurs, so we decided to leave that question open for further investigation!

This was a great opportunity for the children to further strengthen their understanding of Aboriginal symbols and culture. 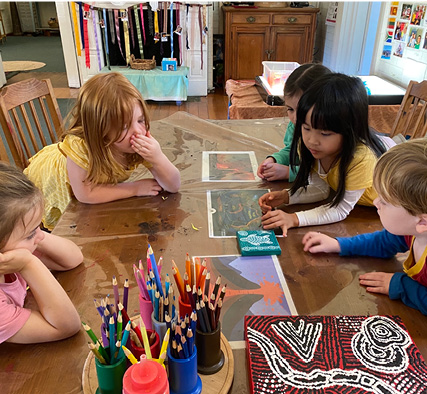 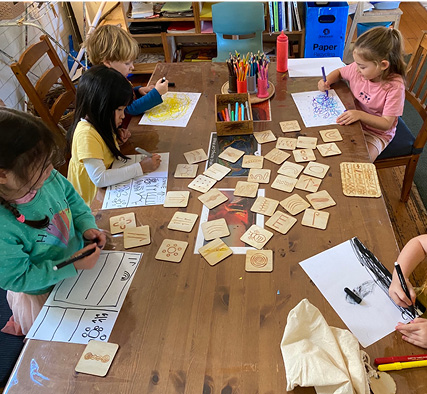 This week in Robinson House we continued to experiment with hammers and screwdrivers. Today’s group were very excited to join in, and eagerly rummaged through the balsa wood for all the resources they would need for their projects.

Kruz had a few pieces of balsa wood tucked under his arm as he made his way back to the learning station. “I’m building a zoo,” he proudly announced. Other children in the group said:

It appeared that everyone had drawn some inspiration from Kruz’s idea, and it was wonderful to hear so many different thoughts on how they would create their own unique projects.

“Would you like some animals to add to your projects?” I asked.

Moments later the work bench was filled with a number of completed animal sanctuaries that were being used for small world play. What incredibly creative uses of the resources we witnessed, it was so fantastic to see everyone develop their very own play spaces from such a wide selection of loose parts and open-ended resources.

I wonder what other resources we can create using these items in the future? 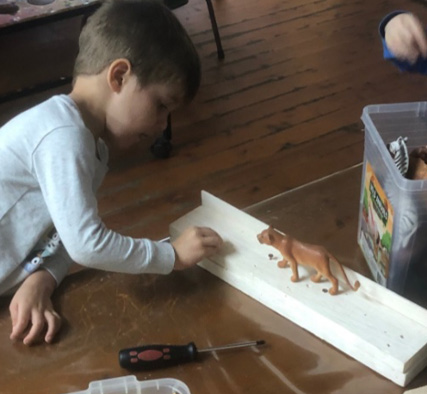 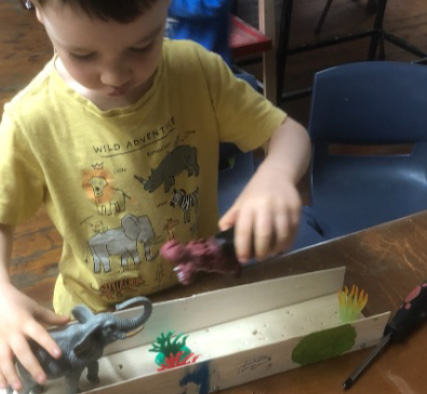 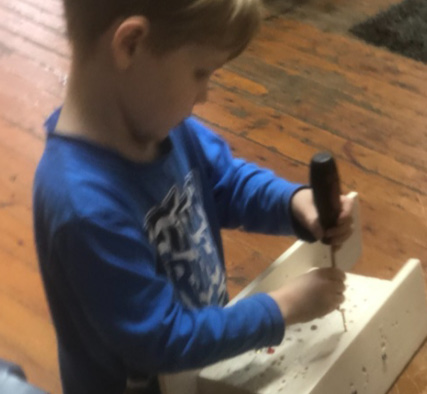 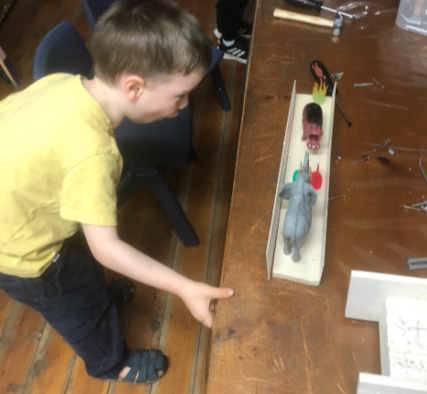 This week our Red Bug playgroup was held in our Rigby House community space at The Infants’ Home, as the grounds at Ashfield Park were too wet for us to use due to the recent rain. The day was beautiful and we were able to use the outdoor area at Rigby House, where many children enjoyed the sandpit.

Next term we will be hosting Speech Pathologists and Occupational Therapists at our Red Bug and Baby Time Playgroups. Please feel free to discuss any questions or concerns you may have about your child’s development with them. Our Allied Health team are a wonderful resource that we are fortunate to have with us next term.

The playgroup team thanks all of the families who have come to playgroups and shown their support during this term.

Until we see you all again, please stay safe and take care. 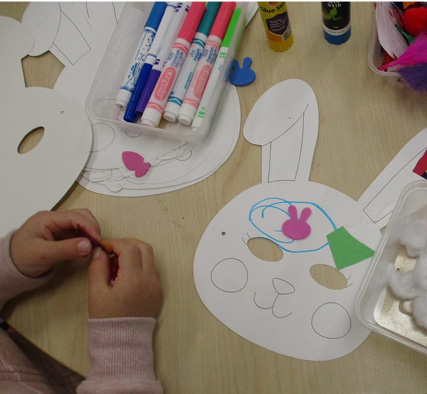 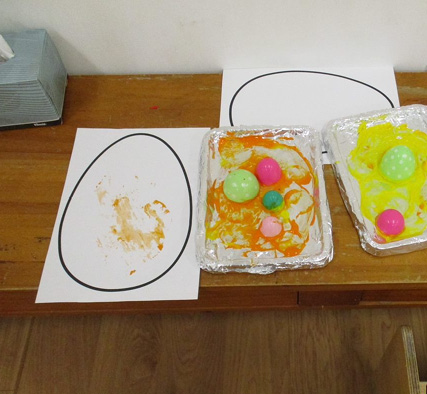