The recent rainy and gloomy weather has contributed to making the small playroom in Johnson House preschool darker, which provided the opportunity for the children to revisit shadow play. With bigger torches made available to the children this time, they were able to create their own light show on plain white sheets that were positioned in front of shelves and the window.

Initially some of the children made puppets using their hands, casting light on these to reveal the shadows. Some large jungle animals and dinosaur figures were provided to the children, along with some benches, to give opportunities for the children who did not want to make hand puppet shadows to position the animals on the bench and move these to make a scene. Then they shone their torches on the animals to project their shadows and to stage a show.

The children used light as a medium to make meaning and share their ideas. This provided opportunities for them to collaborate with each other and use their creativity and imaginations to make hand puppet shadows, produce some light shows by making the animals’ shadows bigger and also stage news on television using the torch to make the ‘news presenter’ visible. The children manipulated the torches using cause and effect and trial and error, and used motion to learn about the properties of light, especially in a darkened room.

Recently in Johnson House toddlers the children have been enjoying small group times. We begin the groups by acknowledging the traditional custodians of the land by singing our ‘We live on Wangal land’ song. The children then have the opportunity to choose their preferred song to sing and everyone is encouraged to join in. Following this, we have been enjoying reading a few books, including ‘The Gruffalo’ by Julia Donaldson. The children are very familiar with words in the story and they are able to finish the lines as we read. The children then showed their funny faces, and scary claws, to imitate the Gruffalo. They all enjoyed acting out the story, which encouraged their language development and their active participation in a group. 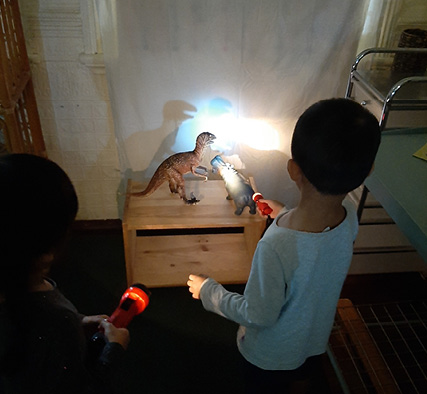 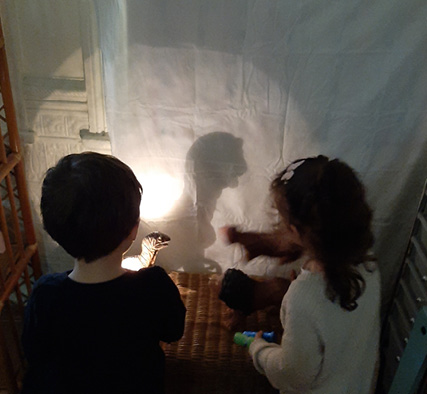 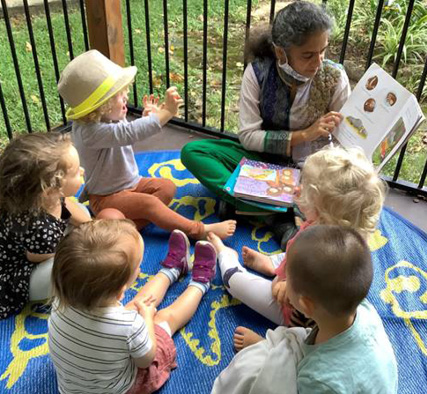 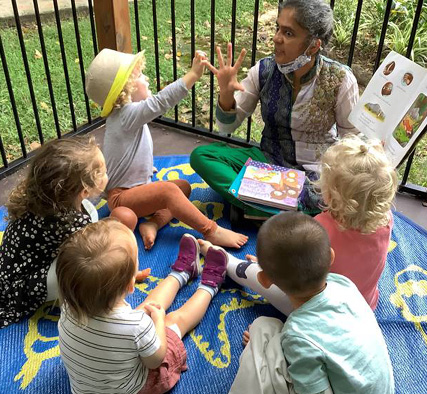 In Robinson House this week we continued exploring the children’s interest in construction and water play in the sandpit. Team exercises in this area have been a really great way to practice using out teamwork skills of communication, turn taking, negotiating with others, and sharing resources. This week we used all of these skills to dig out a huge hole in the sandpit, to make the foundations of a watering hole. The children all participated in this enthusiastically, taking up shovels and practicing using them by placing scoops of sand gently to the side. While we worked, we discussed what a watering hole is, thinking about some Australian animals that might drink at one. Oliver thought of koalas, Langi thought of kangaroos, Sofia suggested snakes, and Oliver L suggested dingoes! We drew out the Indigenous symbol for water hole on the sand and continued digging and chatting about Australian wildlife as we went.

Once the hole was deep and wide enough, we borrowed the hose from Murray House and filled it up with water, enjoying the results of our hard work and splashing our feet in the new watering hole! We added to the fun by introducing some water animals to this area, negotiating how to share these, and having them swimming about together. Once the water finally drained away into our sand, we relocated our animals to the water tub to continue playing for the morning! 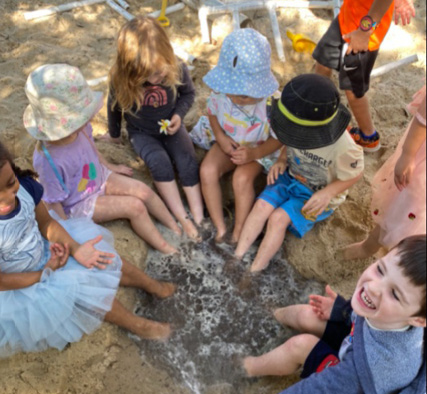 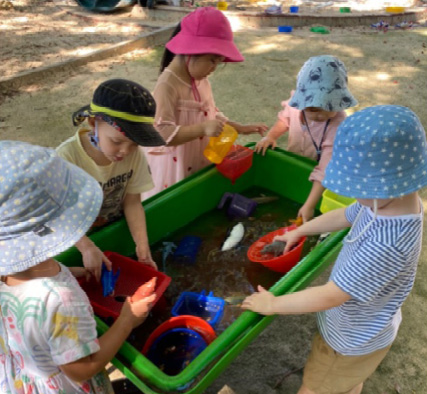 As part of our Baby Time playgroup, three times each term we offer mini-information sessions that cover topics of relevance for parents of young babies. Our most recent session was on the topic ‘safety at home’.

Parents received an information pack to take home, including factsheets and a safety checklist of the different parts of the house.

Parents were asked to draw one part of the house they felt their babies spend most of the time in.  Popular responses included the lounge room, the kitchen and their baby’s room.

The group learned that there are many potential hazards in the home, and about the importance of finding risks and preventing or removing them to keep children safe.

We encouraged them to visit websites such as  Raising Children Network and Kidsafe for further information, and we gave them information about where to buy safety products. The parents also had the opportunity to recommend safe products to each other.

Evaluations of the session were positive, with all parents saying they had learnt something new in the session. 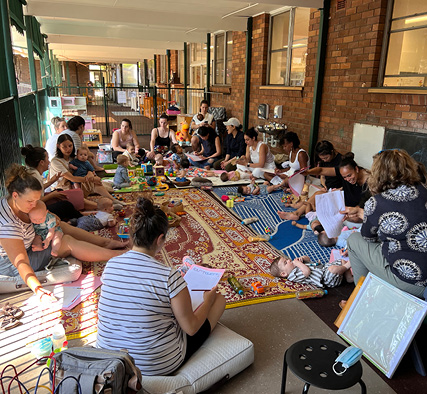