The children in Johnson House preschool were invited to collect some natural materials from around our site for our mud kitchen. They collected some beautiful flower petals, different coloured autumn leaves, gum nuts, sticks and rosemary leaves. The children excitedly helped to set up the mud kitchen. Some of the children spoke about baking some rainbow cakes as they examined the colourful basket that was filled with leaves, petals and sticks.

The children waited until the table was set with all the necessary ingredients for their cooking. Then the fun began, with lots of mess and some serious cooking. Some of the children decided to make a rose water jelly, while others made some cupcakes, using an egg carton for the cupcake moulds. The children took the initiative to help each other, and they commented on the different scents they could smell, such the scent of the rosemary leaves. Some children were also happy to bring water for the cooking and helped their friends by mixing it into the mud. The children were confident that the food they were cooking would be yummy and that it would definitely smell good because of the rosemary!

Through this experience the children used the open-ended, natural materials that are available all around us. Mud kitchen play encourages children to use their creative thinking and allows them to create freely, without fear of making mistakes, and it also contributes to children’s sense of self, and helps them to build confidence. Mud play is also an immune booster as it exposes children to nature and dirt. 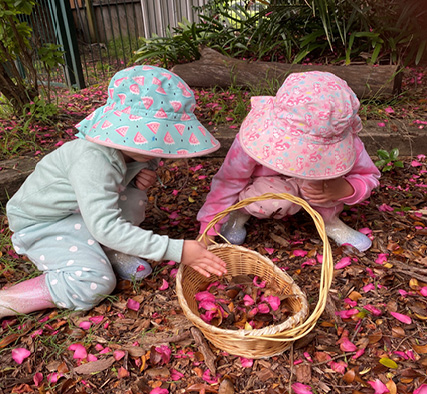 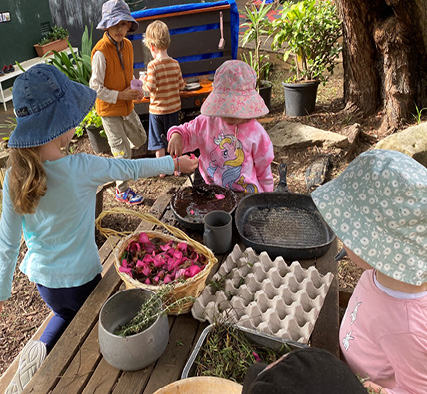 The children in Robinson House had the opportunity this week to continue to follow up on their recent interest in building their knowledge and gaining awareness of Aboriginal and Torres Strait Islander culture, stories and art.

The children observed and discussed the patterns, shapes and colours in the illustrations in the picture book ‘Big Rain Coming’, by Katrina Germein, and explored Aboriginal art symbols. Some of the children linked their prior learning from Monday, and recalled what each symbol represented. We had a discussion about the importance of the symbols to Indigenous and Torres Strait Islander people, and how symbols are used in storytelling in families.

Emilia chose to draw the stars and rain. Frank talked about the circles and lines on his rain symbol. Emmanuel, Luca, Heath and Liam talked about the yellow patterns on their sun and moon symbol picture card. They thought very carefully about how they were going to draw their own sun and moon symbols. Louis was very focused as he thought about the shapes on the river symbol card and drew lines to represent his river drawing.

As the children engaged in this experience they were continuing to build on their existing knowledge of Aboriginal and Torres Strait Islander cultures. 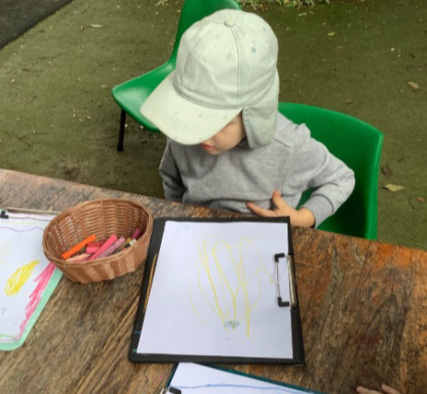 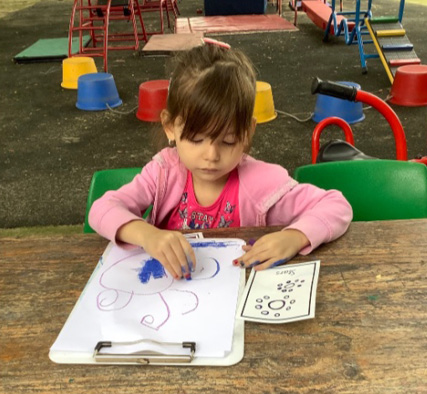 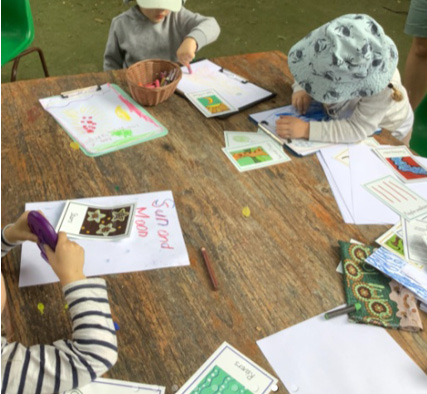