Lately, educators in Gorton House babies have had the absolute privilege and pleasure to spend extended time connecting with the children as they have played with and around the connector blocks.

Some children had the idea of loading the blocks into dump trucks, and this really set the tone for the play. Another added the excavator toy to the work, using it to load the trucks. One child transported some blocks to a nearby flat area, offloaded them and started building. Other children became involved in the construction side, asking their peers to deliver more blocks!! We needed lots of loaders, so one child worked out that he could pretend that the shovel was an excavator as well, and he used this to load the trucks.

Blocks have many attributes and different ways of building create a base of logic-mathematical understandings, knowledge and skills. A small group of children were interested when I placed long rectangles to make a square, and the children repeated this themselves. We added ‘baby’ squares inside the big square and found some little rectangles too. Early patterning, comparing and contrasting and using awareness of size, shape and fit have all been part of this play over some days and weeks. The children are demonstrating and developing dispositions for learning such as curiosity, creativity, experimentation and problem solving.

Another attribute of the blocks which caught our attention is their different colours. This has become a big part of our play, with the children integrating communication and conversation skills within their play. Sometimes we name, mix and match colours as we build towers, or as part of our pretend play, such as categorising the blocks as they are loaded into the truck—firstly only red blocks, and then the blue ones.

Finally, we are always amazed at how creative and collaborative our youngest friends can be.  Just one example was when one child picked up on the colour idea, and as we chatted about all the colours that we could see, her peer re-entered the play with the coloured discs and offered them to her, also naming their colours. I suggested that these could be a great foundation for a tower, or perhaps part of a sculpture. They thought this was an intriguing idea, and they spent some minutes making sculptures alongside each other.

One of Gorton House toddlers’ programs this month is focussed on recycling. The children are learning important concepts about caring for the environment. We have planned and implemented a series of experiences to support children’s interests and learning and their increasing knowledge of and respect for the environment.

We brought the green lid bin to the playground to put the fallen leaves and trimmed branches in, and the children were very happy to help with the work. Some white empty iPad boxes were added to the shelf and used as blocks for the construction. The children had great enthusiasm for these, and often initiated building houses or towers together. We had some empty cardboard boxes from the storage room, so we tried to make a bin for recycling ourselves. When being shown pictures of the recycle garbage truck and the bin with yellow lid, most children said they had seen these or that they had these at home. Then we had a closer look and saw the recycling sign, which inspired our talk about ‘reduce, reuse and recycle’. We used some pictures to talk about what we could put into the recycle bin. The most common items for recycling the children could recognise were paper, boxes and bottles.

The next step was to paint our bin. Some children asked for green paint, and some asked for red and yellow, and then we painted our special recycling bin. All of the children involved concentrated on and enjoyed the painting. Some children also helped clean up the table after finishing. In group time we talked about the bin, and the children chose a good spot for it, outside on the veranda. Through these experiences the children have built up their learning and increased their awareness of and care for the environment. We will demonstrate, role model and continue this project so that we can help children become more connected with and contribute to the world.

All children have interests that intrigue and captivate them; sometimes these are incredibly obvious, and at other times they are more subtle. Often, these interests filter into the preschool room in Gorton House, and inspire the involvement of the whole community.

One child in Gorton House preschool had been talking so much about space rockets, in particular the Space Shuttle Atlantis, that he really drew our attention as he described the various parts of the shuttle, and his hope to build one. We followed his lead, helping him to source the materials he’d need, and other children gathered to help. Some children helped him with his rocket, while others became inspired to build their own. Others drew rockets—we looked at pictures and sourced books and even had a big book in which we documented the children’s drawings, ideas, and some factual information about space.

The building of the child’s rocket has been happening over several weeks as he (alongside peers who were keen to help) worked on individual parts of the rocket and then pieced them together slowly—the fuel tank, the rocket boosters, the orbiter. Just last week the child drew replicas of the emblems that appear on each of the orbiter wings. When he felt uncertain about being able to do some parts, his peers stepped in to offer help. The child climbed into the orbiter—so satisfied! (It was designed so that he would fit inside because he is hoping/planning to fly into space and perhaps stay some nights). There has been a lot of discussion around whether this will be possible, with some children feeling a little sceptical—but the child is completely certain and is committed to flying into space! Some of the children have urged him not to go, telling him how much they’ll miss him, while others, more practical, have told him that the flames from the launch will engulf his rocket, given that it is made mostly of cardboard and paper…. The educators have taken on the role of facilitators, taking the children’s lead as they test out their ideas. At this point, the only thing we are sure of is that the child has decided their next step is to make the crawler and the launcher… then they may be ready to blast off.

I feel we almost certainly have a future NASA employee in our ranks. The child’s parents have since told us that he has been fascinated by the Atlantis since he was a toddler and that this interest has never waned!!! 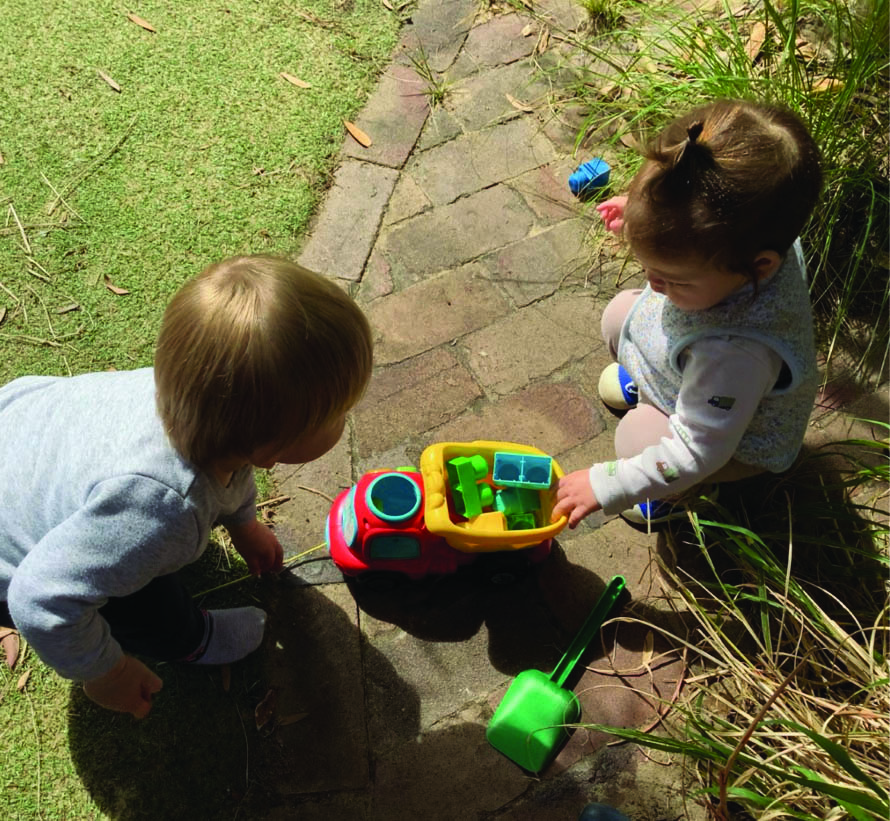 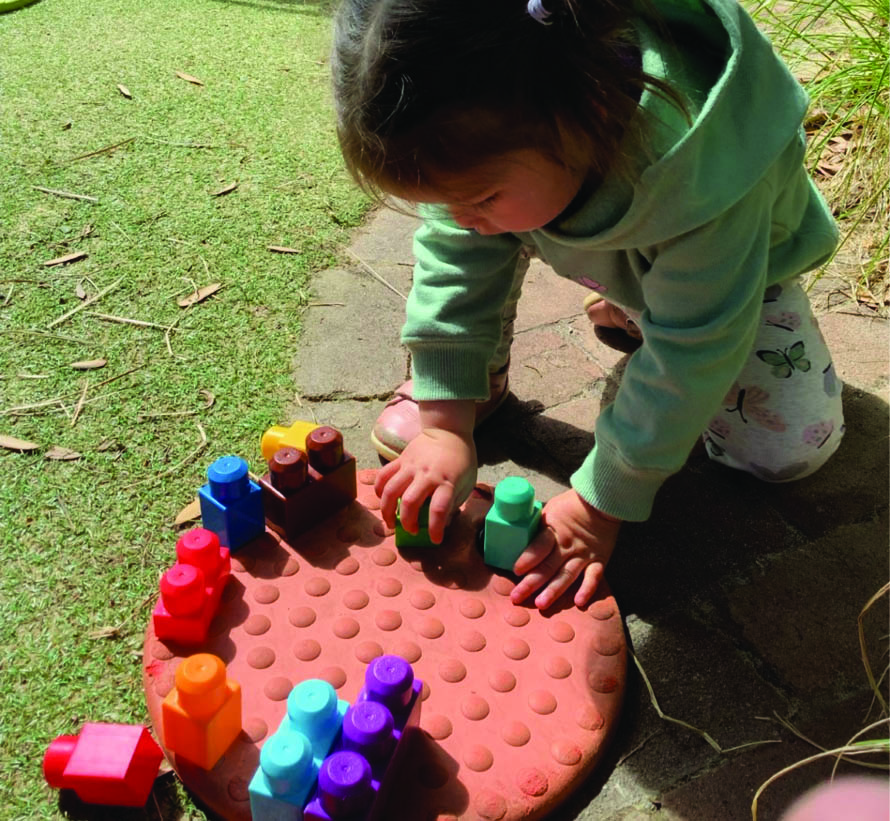 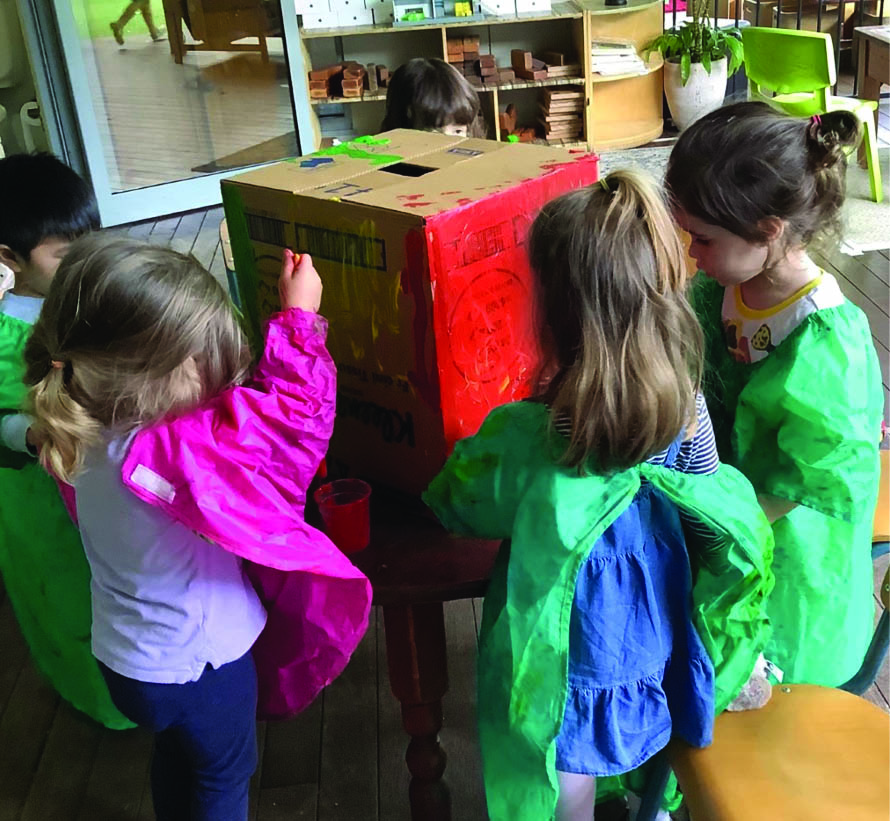 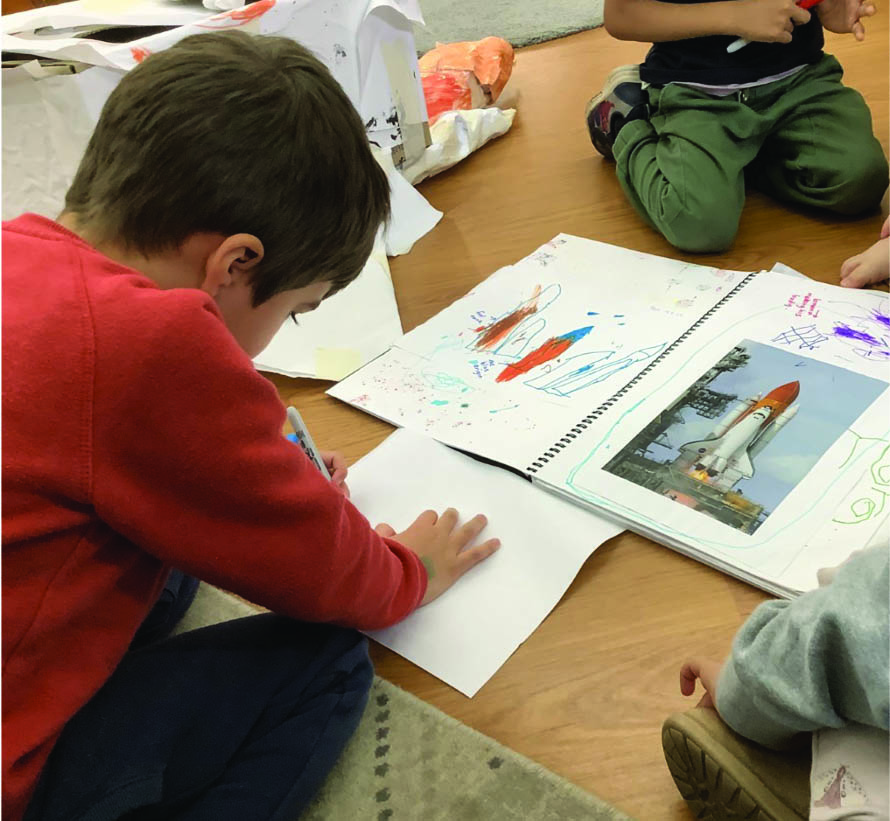 Recently in Johnson House toddlers, the children have been interested in creating designs and patterns using a range of items. To extend on this, some mini wooden cubes were offered to them. The children explored the blocks by stacking them and they engaged in discussions as they compared the number of their blocks to those of their peers. Others used their imaginations to create items such as trains.

During such experiences, many concepts can be learnt and enhanced. The children were able to integrate their knowledge of colours, patterns and numeracy into their play. Open-ended experiences offer children the opportunity to use their imaginations and to develop their mathematical skills in fun, yet meaningful ways. The educators worked closely with the children to help them to develop their ideas and to share and collaborate with their peers.

The children in Johnson House preschool have been celebrating National Bird Week 2022 (17-23 October). During this week, one of the experiences involved the children in making birds out of clay, feathers and other natural materials collected from The Infants’ Home grounds.

We started our experience by incorporating an Aboriginal perspective, reading ‘Sisi and the Cassowary’ by Kuku Midigi man Arone Raymond Meeks. This beautifully illustrated story follows the journey of Sisi through Country. When Sisi escapes the watchful eyes of her elders and dives into the waterhole, she surfaces in an unfamiliar place and gets lost. A boy who is out collecting quandong fruit offers to lead her home but, as he disappears, a cassowary encourages Sisi to climb on its back, and then carries her home.

The children loved reading this story, commenting on the gorgeous illustrations and getting excited at the idea of having a cassowary as the main hero. While reading, the children made connections with prior learning about cassowaries, with Henry remembering their dino-descendance and telling us “Cassowaries come from the croythoraptor,” with a very proud smile.

Next, we moved to the play dough table to make our clay birds. Most of the children made beautiful representations of the cassowary illustrated in the book. Some of them went for a very faithful representation, including crests, long legs and sharp claws, while others interpreted cassowaries in their own unique ways.

Modelling the clay was a bit tricky at first, but it made for a great fine motor exercise that everyone really enjoyed once they began to learn how to use the clay. This week has brought about many learnings about birds, and this will continue to evolve as the children’s knowledge continues to develop. 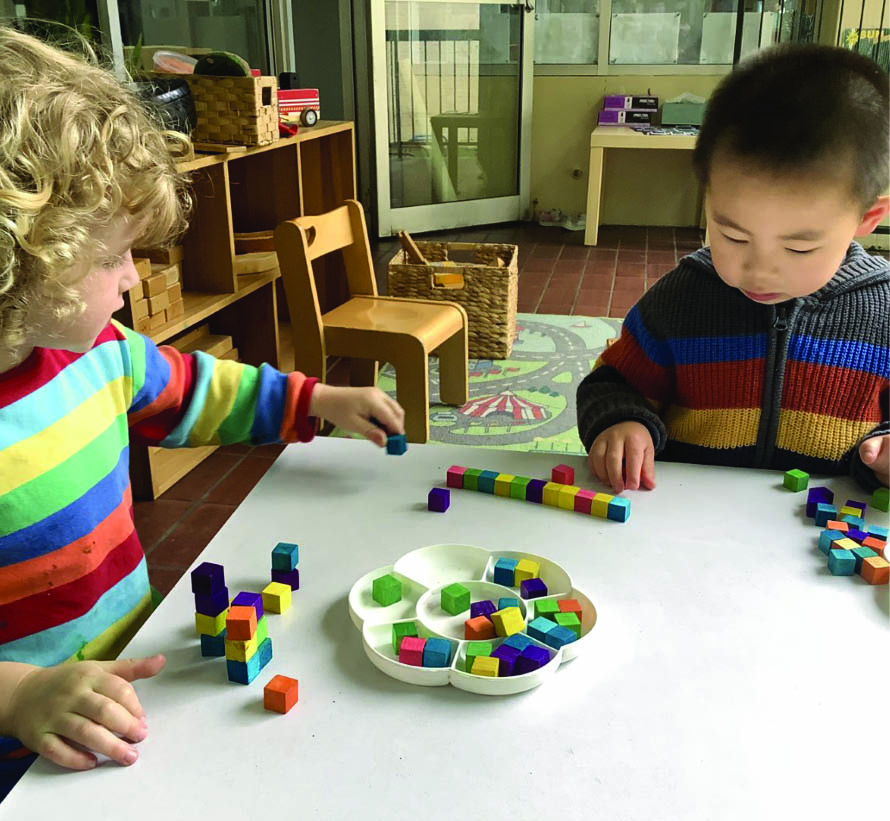 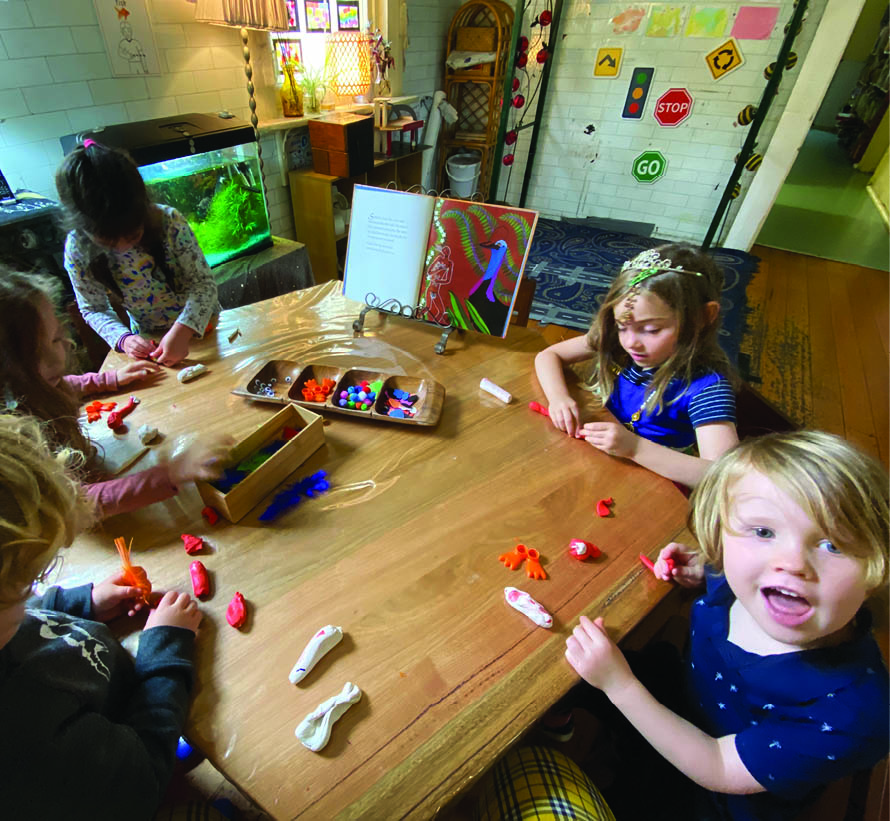 Our first Red Bug playgroup for Term 4 was back in Rigby House Community space at The Infants’ Home this week due to the rain. It was wonderful to see so many families join us for playgroup.

At playgroup we created a ‘work from home’ play area.  This included a computer area, a collage table and a dolly corner. This kind of pretend play is very important for children’s learning and development. The children were able to take on roles that have become familiar to them, especially over the last few years, as their parents have been working from home more often.

We saw children taking on the multiple roles of working at the computer and trying to keep the baby from crying, talking on the phone and cooking dinner in the kitchen area at the same time. Dramatic play gives children the opportunity to act out their experiences and can help them to make sense of their world.

We look forward to seeing you at our next playgroup. 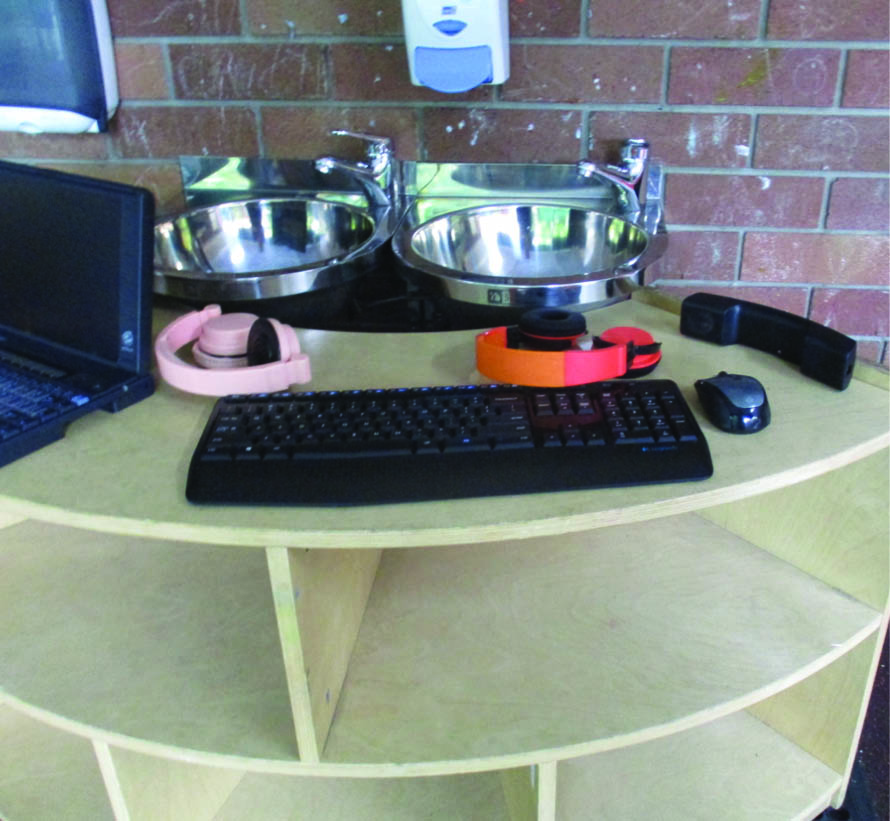 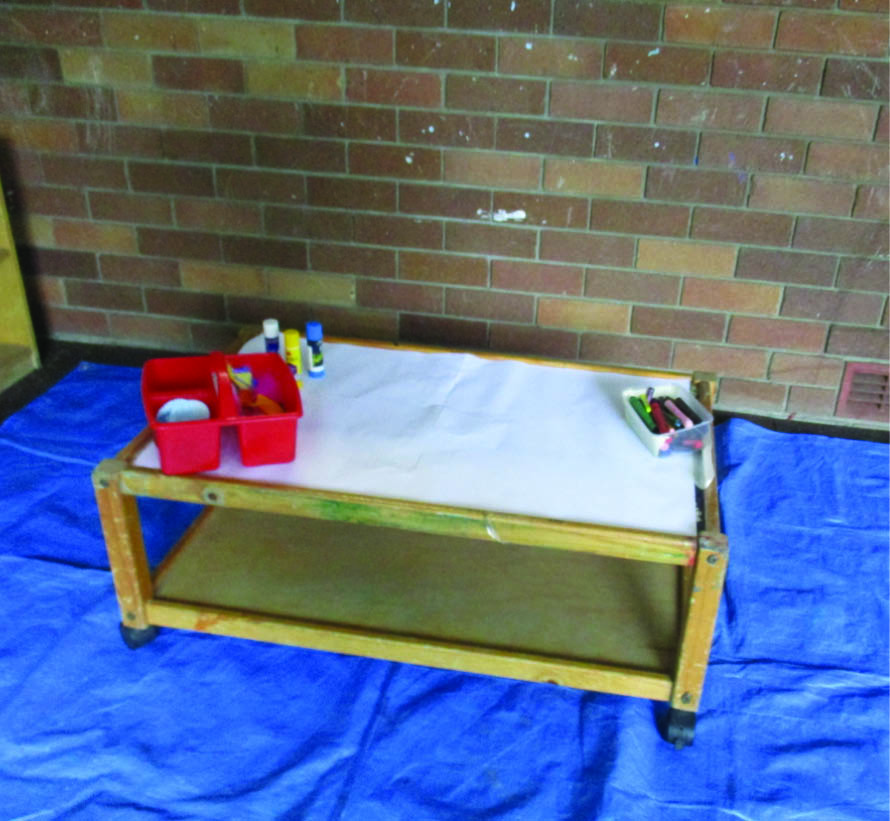 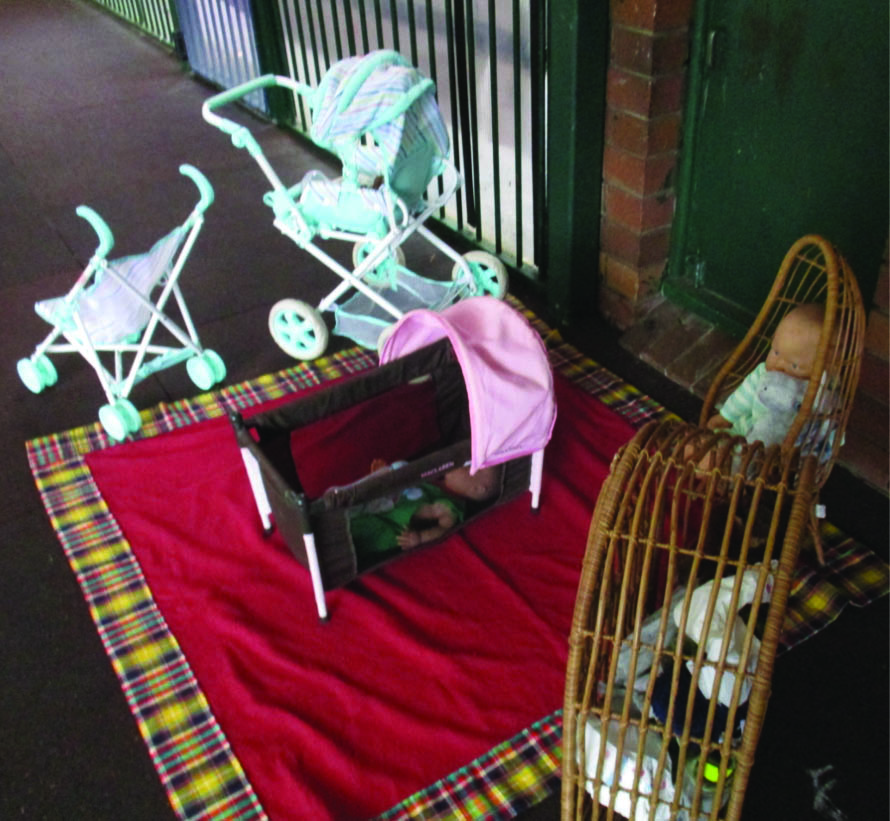