In Johnson House we have been celebrating Science Week this week and the children have enjoyed participating in a range of science experiments.

One of these experiences involved the children in an experiment using vinegar, baking soda and a (non-inflated) balloon. Each child received a jar into which they poured some vinegar. The children were then supported to fit a balloon, which was filled with baking soda, over the top of the jar. The children were asked what they thought would happen when the vinegar mixed with the baking soda. Some children answered that “it’s going to explode like a volcano”, while others commented that the “balloon was going to pop”. Together the children lifted the balloon up, allowing the baking soda to drop into the jar, causing the two ingredients to mix together, which then foamed to inflate the balloon. Some of the children were surprised by this outcome, and some were keen to repeat this experiment.

We spoke about the two ingredients we were using and how, when put together, they form a gas called carbon dioxide. We discussed how this gas is invisible but can make things inflate, like our balloon. We also spoke about how carbon dioxide is in the air around us but we can’t see it or smell it. We also talked about how trees and other plants use carbon dioxide to breathe. The children were very surprised to hear that plants give us oxygen so that we can breathe.

The range of science experiences offered this week has helped to extend on the children’s learning and has given them a great opportunity to explore the wonders of science. 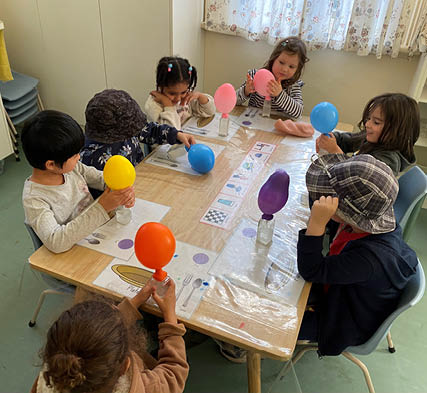 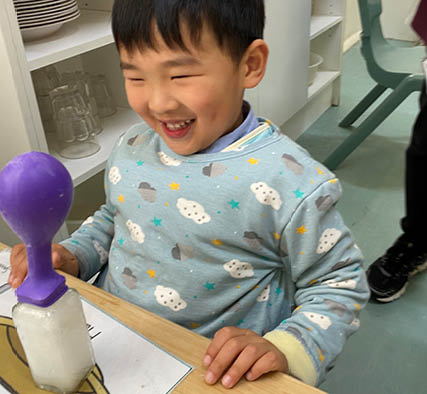 The children in Robinson House have been engaging in various science experiences using food this week. This cooking activity started by looking at the recipe and then following it step-by-step. Before proceeding the children washed their hands while singing ‘Happy Birthday’ twice to make sure they washed their hands for the recommended length of time.

Then children used a digital scale to check when the numbers showed ‘75g’ to indicate the right quantity of flour, oats, and other ingredients. Watching the recipe mixture turn to a creamy consistency, and observing how the hard butter became “liquid”, were some discoveries the children made during this cooking experience.

We also had the opportunity make our own paints using vegetable scraps and we explored scents with our playdough. 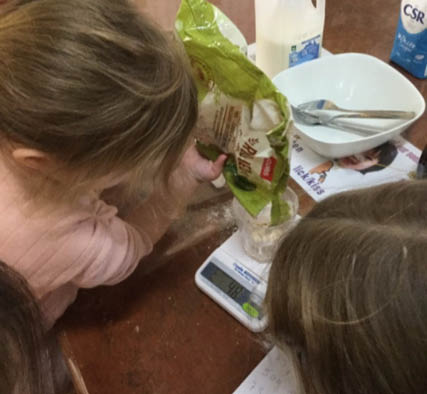 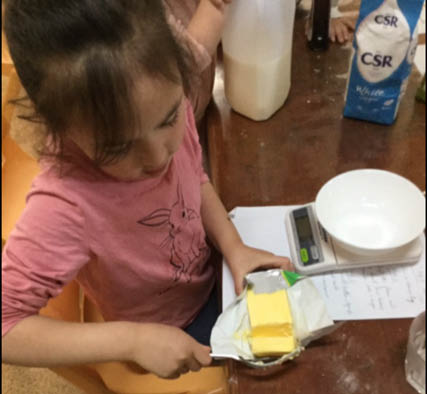 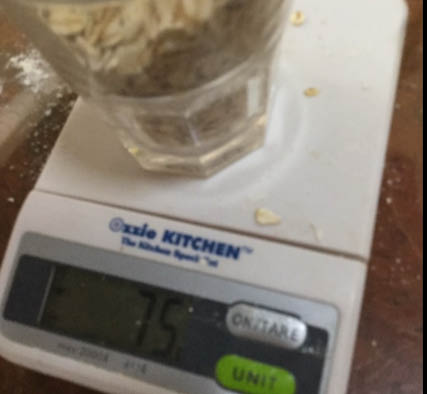 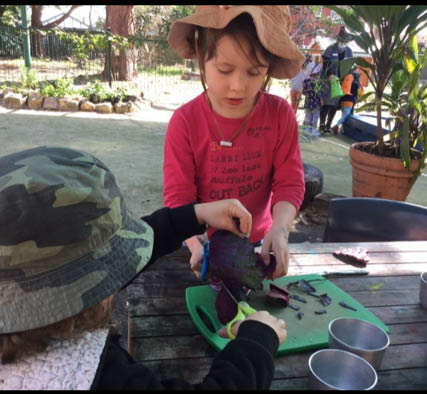