This Week at The Infants’ Home 9 December to 13 December

Where Is The Green Sheep?

The children in Johnson House toddlers continue to very interested in sharing stories together. A very popular picture book throughout this year has been ‘Where is the Green Sheep?’ Leila, Evan, Finley and Eva were very eager to engage in some play experiences linked to this story. The children helped educator Cathy to read the story and they took turns to turn the pages. As they read the text the children were building on their knowledge of prepositions. 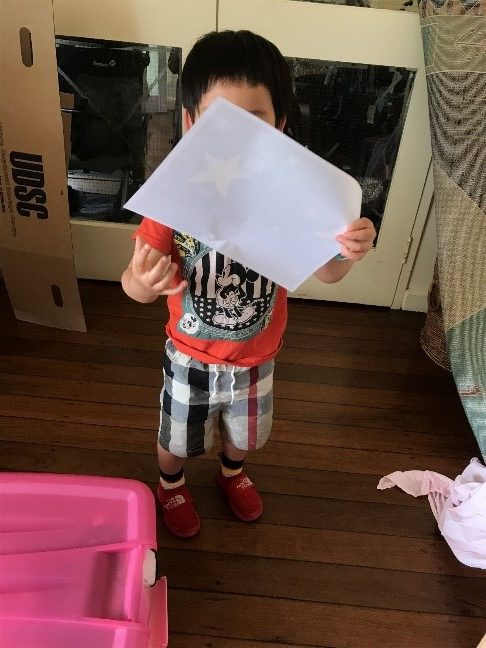 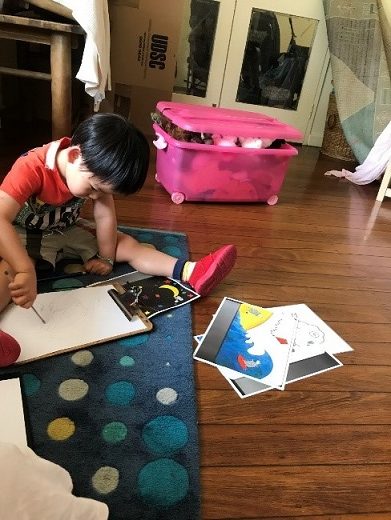 The children’s interests in zoos and Australian animals continues to evolve in Murray House infants. The stories ‘Dear Zoo’ and ‘Aussie Animals’, written by Rod Campbell, are still our children’s favourite books.

When children are asked about their favourite books during gathering time, they all say, with one voice, “Animals!”, and when ‘Aussie Animals’ has been read, they all say, “More!”, or tap their chests (which means ‘more’ in sign language).

To support the children’s ongoing learning, educator Jung recently introduced natural materials (small wooden tiles) that had printed pictures of Australian animals to explore texts in a new way. The children were encouraged to carefully observe the animals printed on the tiles and to discuss which animals they were. They also played a matching game with the tiles.

This experience allowed the children to engage in structured and collaborative play. They were also practicing their problem-solving skills as they identified the similarities and differences in the animal pictures and looked for matches. 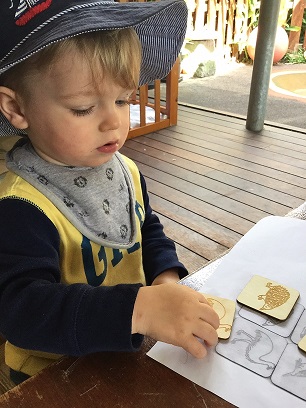 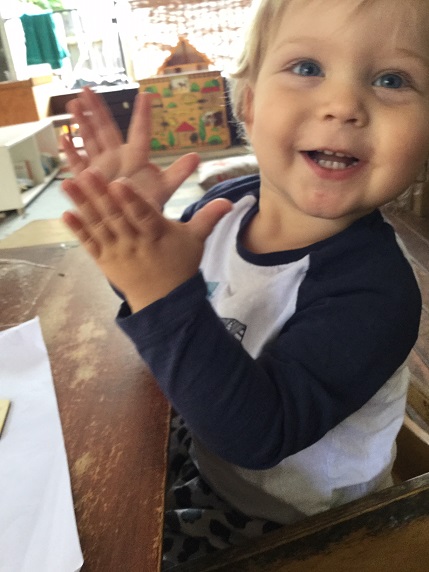 Over the past few weeks, the children in Rigby House have noticed the smoke in the air, and we have been talking about how this can make us feel, and that staying indoors protects us from feeling unwell.

During these discussions many of the children explained to us that the smoke was here because of the bush fires which were burning the trees and grass, and making lots of smoke. Some of the children told us that their mummies and daddies had told them about the koalas and other animals that had been hurt in the bushfires. They had seen pictures of koalas being given water to drink and medicine and Band-Aids to help them feel better.

The children became very interested in this topic, and often brought it up for discussion, so the educators put together a ‘koala hospital’, with photos and a collection of toy koalas and other Australian animals, medical equipment and bandages, to follow up on the children’s interest.

It has been lovely to see the children role play in this area. They are so caring as they gently wrap the animals in bandages, and give them pretend injections, and medicine and water to drink. The children talk to each other and their educators, explaining how they imagine the animals must feel. Through play children make sense of their world, and develop knowledge and understanding. 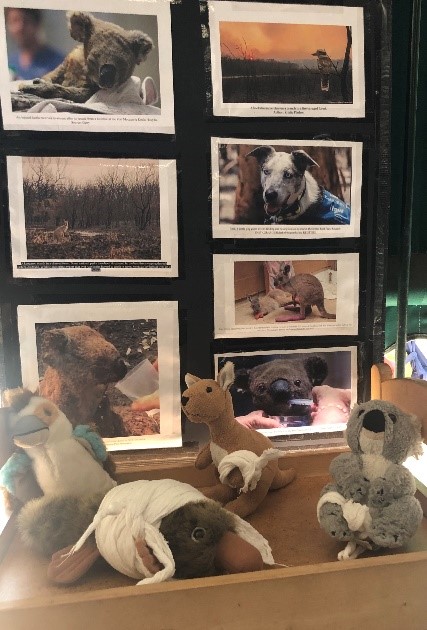 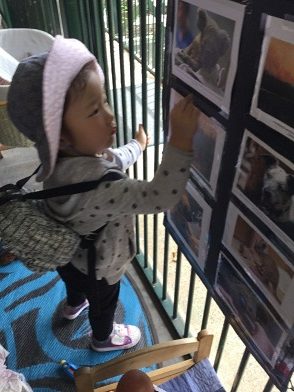 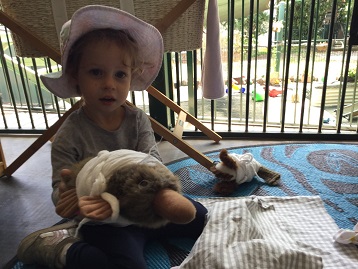 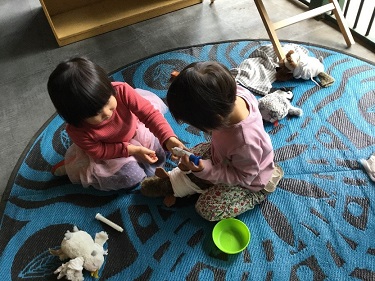 This week at Robinson House there has been so much excitement from the children who will be moving on to primary school next year. Several learning opportunities have been embedded in the program based on discussions and shared ideas from the children.

An example of this the set-up of a ‘school class room’ by educators, who have invited the children to engage in role play where they can explore, experience wearing a school uniform, carry a backpack and practice tying their shoe laces as they get ready to embark on a new journey heading to primary school.

Alongside this, educators are also respectful and aware that change can impact children, and that each child will have their own ideas and understanding about school and they will also have different expectations about primary school. Other fun and practical ways to prepare for school have been introduced, such as sharing feelings and stories about school and orientation together. Children have also engaged in food preparation experiences, where they have brought in their own lunch boxes from home and made sandwiches to enjoy at a picnic together.

At Robinson House, educators believe that having children’s input and involvement in joint decision making on their learning has significantly supported how they respond to and participate in the program. 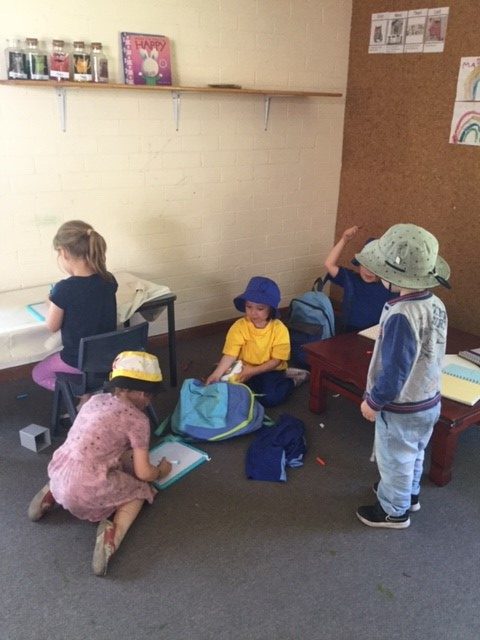 Last Saturday was the final Fathers’ and Children’s Playgroup for the year. The children enjoyed making reindeer ears, painting Christmas trees, playing in the sandpit and building Santa’s workshop with blocks. A morning tea was enjoyed by all, and we wished our friends Amelia and Harrison all the very best as they are off to kindy at big school next year.

We wish all of our families a very merry Christmas and festive season, and a Happy New year! 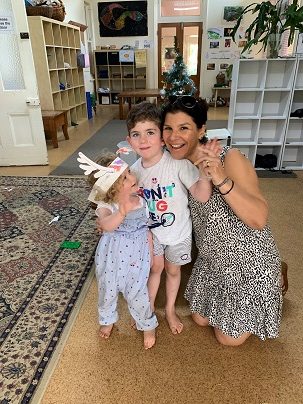 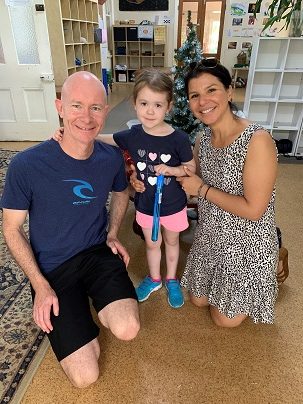 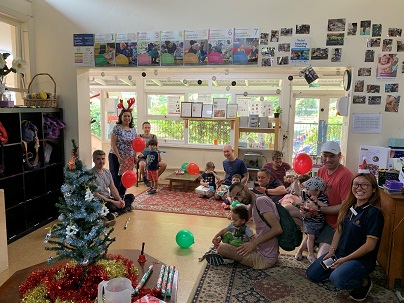 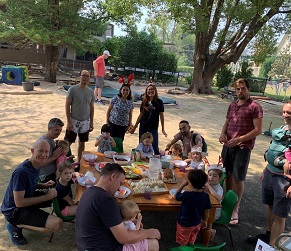