This Week at The Infants’ Home 7 September to 11 September

The children in the preschool room in Gorton House have had an exciting few weeks. As they have been learning about the Darug language, many of the children have particularly enjoyed the book Cooee Mittigar. The educators and children have read and talked about the Darug women, Jasmine Seymour and Leanne Mulgo Watson, the book’s author and illustrator, and they used Google search to find images of them as the children were very interested in putting faces to these names. Educator Nicky suggested that they could thank the women for writing Cooee Mittigar and sharing their Darug language. The children were immediately enthusiastic, and they eagerly began to make cards and draw pictures, some thanking them for writing the book, and others telling them that they loved the book.

One child narrated her own letter to an educator, then copied the words the educator had written for her, telling Leanne and Jasmine we wanted to help bring the Darug language back to this land. It was so exciting! One of the preschool educators contacted Jasmine and Leanne via social media, explaining the children’s intentions, and how significant their book had become within the program. Both women gave the children their postal addresses, eager for contact to be made. Educators also sought and gained permission from Leanne and Jasmine to continue to learn and share the Darug language.

After days of writing and drawing, the children and educators walked to the local post box so that they could post their cards and letters (along with one for Spiderman, which seemed equally important!). There has been some communication back and forth between educators and Leanne and Jasmine, and the centre feels privileged to build and share an authentic relationship with these women, which they hope might continue.

In the meantime, the children are now quite excited and interested in the idea of posting, and have been drawing pictures and writing letters to other loved ones of their choice, with the idea of further trips to the post box. This has led educators and children to engage in many conversations around the postal system, such as how posties find addresses and the relationships between house numbers, streets and suburbs. A very exciting learning journey indeed!!! 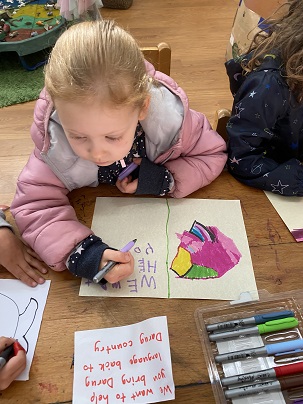 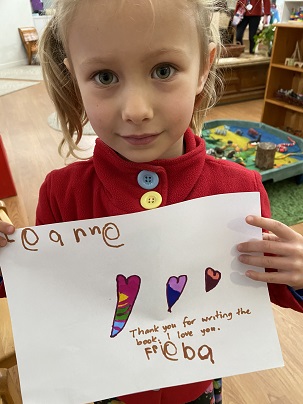 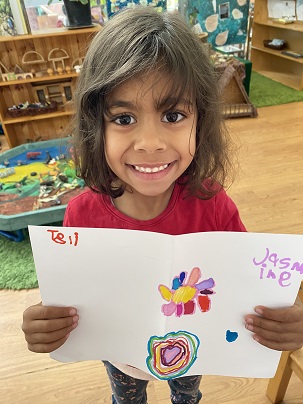 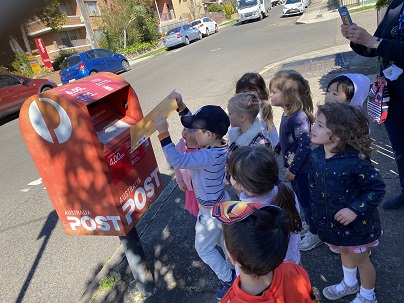 The children in Johnson House have been reading the book Silly Billy, written by Anthony Browne. The book explores the concept of ‘worrying’ and the ways in which we can help our worries, such as using worry dolls. Shireen, one of the centre’s educators, has been revisiting the book with the children and discussing the content in greater detail. To extend on this, the children have been given the opportunity to create their own worry dolls. They can design and create these using items of their choice. Creating such items gives the children a tangible object which helps them to further understand the concepts in the book. The children have enjoyed this process, and repetition of the experience has helped provide continuity of learning as well as thought-provoking opportunities to extend children’s thinking and ideas. 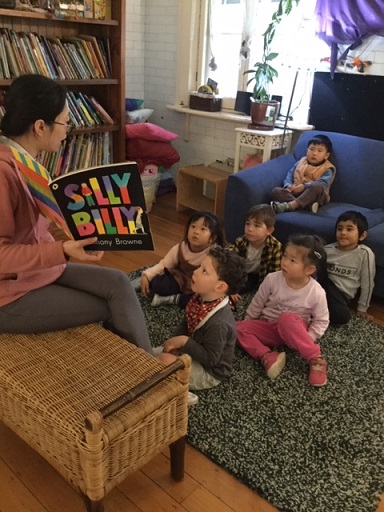 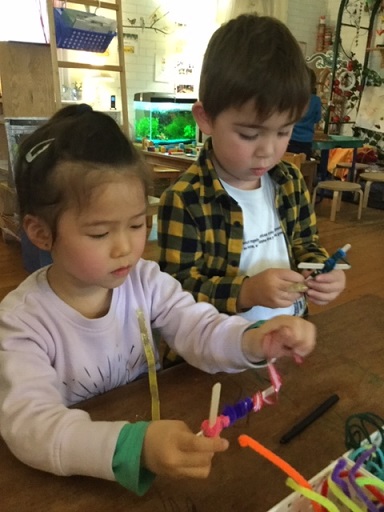 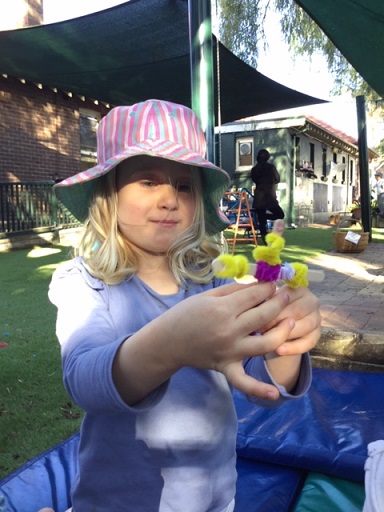 With more and more of the children in Murray House infants showing interest in making music and exploring sound with the everyday things around them, their educators created a musical wall outside in the playground to extend this interest. The musical wall was made with open-ended materials such as funnels, pipes and kitchen-ware. The children were observed visiting the musical wall regularly throughout the day to explore sound or to make music, and the educators noticed lots of learning and development happening.

The open-ended materials allowed for many opportunities for the children to experiment and discover some exciting sounds. They used methods like tapping and striking and even blowing into the pipes like a didgeridoo. The children also practiced their gross motor skills by using different areas of their muscles to reach the instruments that are located on different height levels. As they sang, chanted and imitated actions and movements, the children were developing their language and gross motor skills.

Murray House toddlers’ room sends a big thank you to all of their parents for sending potatoes in with their child for ‘The Potato People’ project. These contributions helped children experience a sense of pride and connection to their home environment, and they proudly shared with their peers and educators “this potato is from my home!” or “I brought potatoes”. With the educators’ facilitation and provision of open-ended resources like shredded paper, glue, ribbons, and fabrics, the children were able to utilise their imaginations and creativity to create their loved ones as potato people— “I’m making a potato daddy”. They also made potato people for their loved ones.

The children’s creativity, imaginations, and interest in creating potato people was further extended through puppet making experiences which saw the children using their fine motor skills and eye-hand coordination skills to practice using glue, string, shredded paper and fabric to make a puppet with an educator’s support. They also used their language skills to ask for help and learned to take turns, share resources and share the attention of educators, thus developing their social skills.

This week the children also showed an interest in yoga. Responding to their request, educator Deepa facilitated yoga sessions for them. Through the experience, the children learned to follow verbal and visual instructions and orient themselves confidently and safely. They practiced a few poses like the ‘downward dog’, ‘baby cobra’, ‘squat’, ‘tree’ and ‘warrior one’ poses. Yoga poses that cross the mid-line of the body engages both sides of the brain and can be important for brain stimulation. Yoga also encourages self-esteem, encourages body awareness, and enhances flexibility, strength, coordination and body awareness. 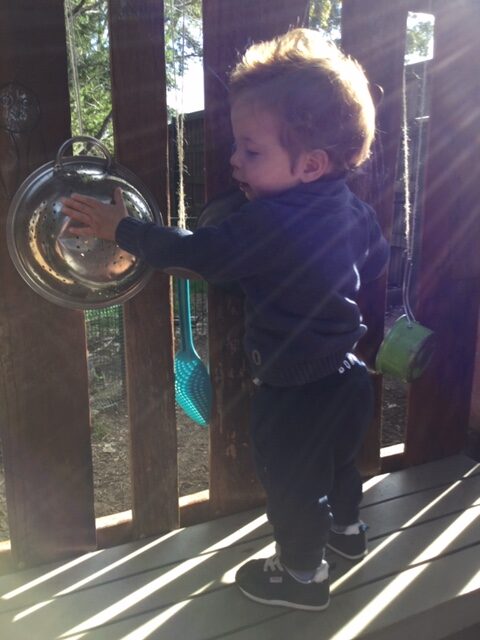 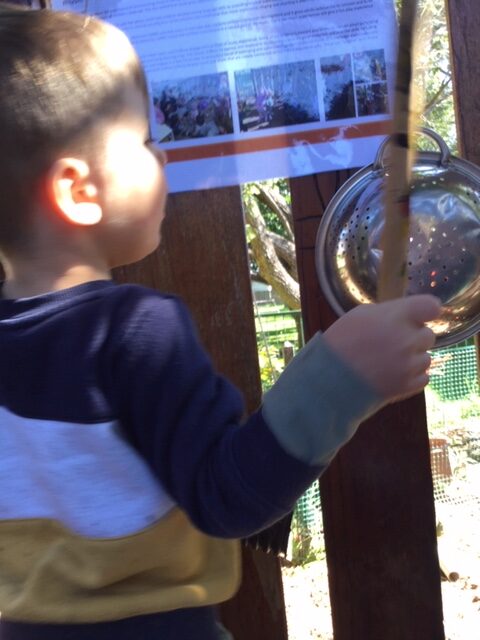 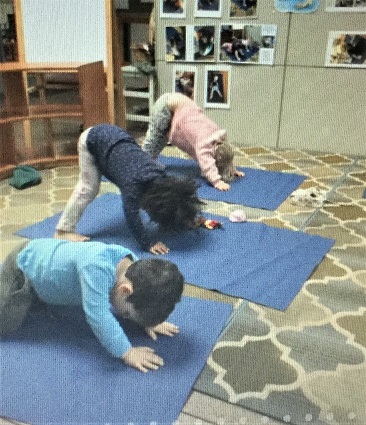 Even on rainy days the children in Rigby House ouseare provided with many opportunities for physical play. Last week educators extended the children’s interest in role play, promoted their thinking and imaginative skills, enhanced their understanding of pattern and sequence and challenged their physical skills through a fun music and movement experience.

The children and educators listened carefully to the words of the song Walking in the Jungle. They then created movements for each animal that they ‘saw’ on their imaginary walk. As they sang the song the children became roaring tigers and lions, trumpeting elephants, snapping crocodiles and stomping elephants.

Then, to get to safety away from the animals, the children had to remember a series of movements, such as walking forwards and backwards, jumping, hopping, stomping, skipping, running. This experience was lots of fun for the children and the educators! 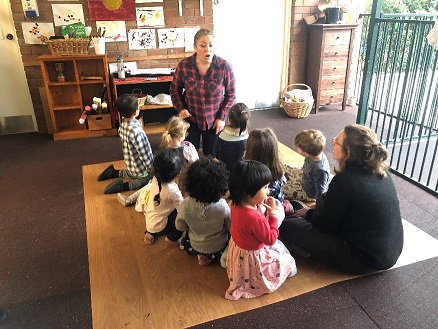 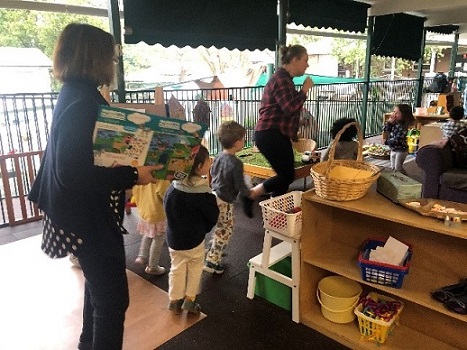 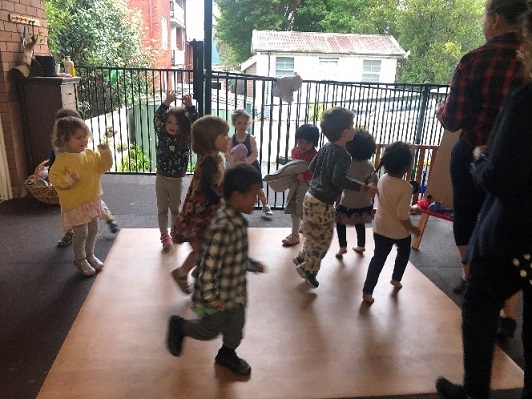 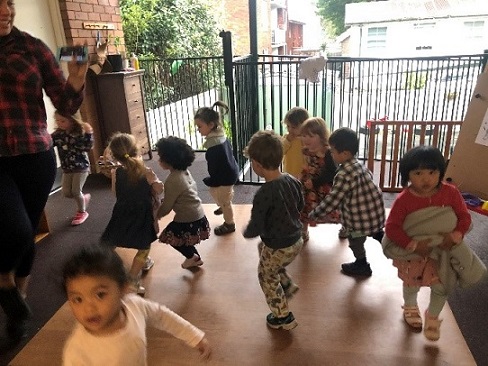 Over the last few months, the integrated team of educators and allied health staff at Robinson House have been working with the children and their families to help children to learn about the importance of healthy eating and wellbeing. A major part of this journey has been participating in cooking classes and in discussions on mindful eating.

Each week the children and team have been exploring a range of cultural foods, textures, herbs, and spices. Some of these herbs have been grown in our kitchen garden on The Infants’ Home grounds. The children love going on walks to select some of these to add just that extra bit of flavour to the dishes they are cooking—yum!

What has been rewarding about this learning journey for educators has been observing firsthand the remarkable bravery that the children have shown as they explore with their senses during cooking experiences. Each week they learn new self-help skills, like preparing food safely, and their senses go on adventures as they also broaden their language and literacy skills learning new words, sometimes even in languages other than English.

Another amazing part of this exciting learning has been the centre’s families’ encouraging feedback and support of this project. Some families have shared how their child has been trying a variety of food sat home now, as well as how they have been trying out the recipes they have made at Robinson House. This is one of the many examples of how the integrated team and community works together to support children’s learning using an emergent curriculum. 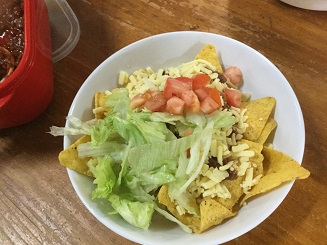 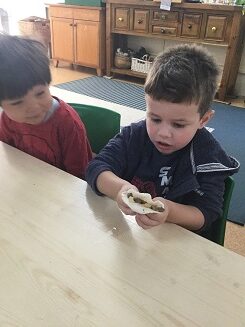 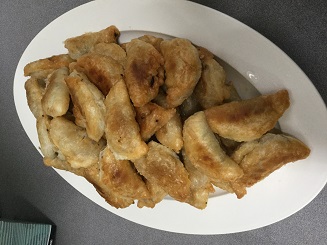 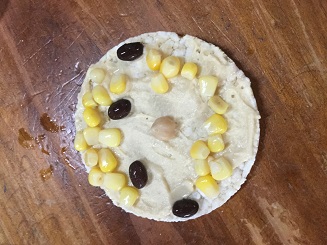