This Week at The Infants’ Home 21 September to 25 September

Johnson House is coming to the end of one of their integrated groups for term three, which has been successfully facilitated by Occupational Therapist Justine and Early Childhood Educator Sabreena. This term’s group has been focussed on incorporating lots of opportunities for children’s language development, for example, following simple and complex instructions, using receptive and expressive vocabulary, making choices and requesting activities and answering simple ‘wh’ questions.

Music and movement was definitely a favourite part of this group for the children, and it aimed to help them to develop their self-regulation skills—emotional and behavioural self-regulation contributes to young children’s growing independence. The children especially loved ‘the cupcake song’ and Five Cheeky Monkeys.

Shared book reading followed by then ‘acting out’ the story has also been a highlight each week. The children gained many skills from this including oral language, understanding story structure and the learning about the use of language within stories. Giving the children opportunities to help with using props from the story led to enhanced vocabulary and narrative comprehension. This has been a great group, full of many learning opportunities, and Johnson House looks look forward to continuing such groups within their program in future. 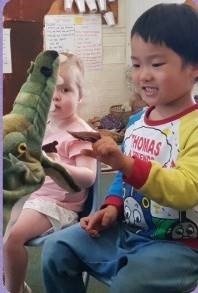 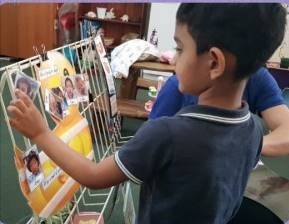 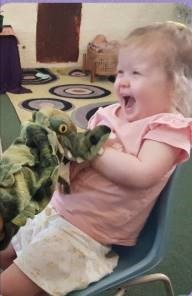 In Murray House, to foster the development of children’s early maths skills, and to provide opportunities for them to engage in experiences that support the investigation of ideas and thinking, this week a few STEM experiences (science, technology, engineering, and mathematics) were intentionally planned, such as puzzles and water play. The children were supported to match shapes and pictures as well as sort puzzle pieces according to their sizes. Sorting sizes was further extended through water play with variously sized containers. This experience saw children comparing the sizes of the containers with an educator’s facilitation and actively exploring gravity by watching water being poured from a height. They also explored mathematical concepts such as ‘full and empty’, ‘heavy and light’, ‘more and less’, ‘big and small’ and ‘floating and sinking’ as they filled up big containers with smaller containers and transferred water from one container to the other.

Due to popular demand for excursions, and to respond to the children’s interests, educators Jaya, Yoshi, and Denise have been taking the children on excursions to visit Robinson House and the ‘big tree’. These excursions help the children learn to follow verbal instructions and safety rules such as staying close to the educators and holding each other’s hands while walking. The children were excited to be in a different environment from Murray House. In Robinson House’s playground they explored the obstacle course, sandpit, dinosaur play area, mud kitchen and the large cube course. These places offered lots of playing opportunities for the children as they climbed the ladders, jumped on the large mat, played with the resources in the sandpit and dinosaur play area, and engaged in pretend play in the mud kitchen. The children even had opportunities to ride the centre’s scooters and tricycles.

Educator Yoshi has been promoting the development of the children’s fine motor and turn taking skills by encouraging them to look after the plants in the garden by watering them with spray bottles. This experience offers many learning opportunities for the children. As they spray the plants they are learning to take care of them and discussing what plants need to grow, learning to be patient and to wait for their turn, learning to use their verbal language to ask for a turn, learning to count while waiting for a turn, and also developing an awareness of fairness and others’ perspectives. 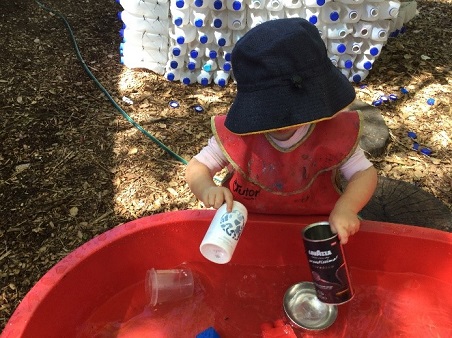 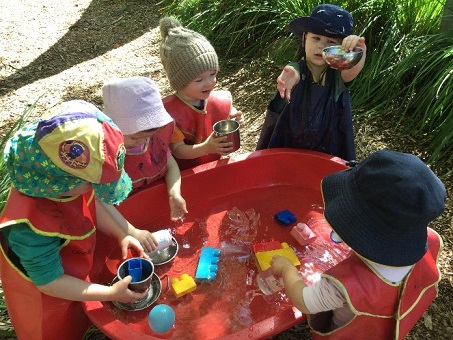 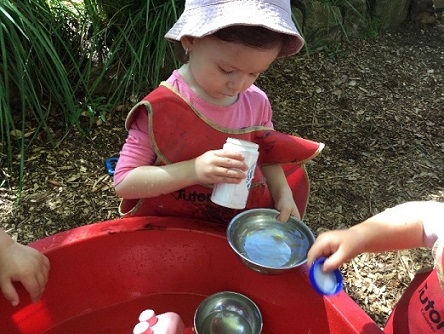 The Olympics may have been cancelled this year, but Robinson House organised their very own ROBINSON HOUSE OLYMPICS!

Following on from the interests of some of the children who initiated a few races among themselves, educator Karen engaged the children in a variety of athletic training activities. Collaborating with other educators in the Front Room, Karen led the team in organising Robinson House’s very own Olympics. A few different races, aimed to support children’s fundamental movement skills and physical development were planned and implemented, including short distance sprints, relays, a sack race, tug-o-war, hurdles and long distance.

Over the last few weeks, the children and educators have been preparing for this event. Be it making bibs to wear on the day, familiarising themselves with and practicing for the different races, making banners to cheer for their friends, or planning the event’s logistics to ensure it would run smoothly and safely, everyone had a part to play. As they got closer to the day, everyone became increasingly excited. Families shared that they never “heard the end of Olympics” as their children spoke about their experiences at home and counted down to the much-awaited event. Some families even made their own T-shirts to represent their children rooms.

The day finally came—WEDNESDAY, 23 SEPTEMBER! There was a buzz of excitement in Robinson House that morning, with some children arriving in sports gear, and many enthusiastically announcing “It’s the Olympics!” Even educator Karen, who is often colour-coordinated from head to toe, donned a green shirt to represent the Back Room as well as some sport shoes. The children helped to set up the Goose Paddock for the Olympics with cones, bunting, and water stations.

After Gathering, everyone put their bibs on, ready to make their way to the Goose Paddock. Some of children who chose not to participate in the races had the opportunity to watch and cheer from the Back playground, or to participate in other learning experiences such as making fruit salad.

Over at the field, the children were motivated to win the races. It was hard to believe that just a few weeks ago the children had been confused about who to pass batons to in the relay race! But it was beautiful to see the camaraderie, not only among children from the same room, but also between children from opposing teams. They gave each other fist bumps, hi-fives, hugs, cheers and encouragement before and after the races. Whether or not they came first, second, third or last, everyone’s efforts and abilities were celebrated with loud cheering that buzzed through The Infants’ Home. A memory that gives educators goosebumps just recalling it!

The Robinson House Olympics concluded with a short Presentation before afternoon tea, where each child’s participation and efforts were acknowledged. The children gave out little medals and trophies, which they all proudly showed to their families at pick up time. This event offered a lot of learning opportunities for children, such as building their self-esteem and confidence, supporting their physical development, and creating a sense of belonging to the Robinson House community. 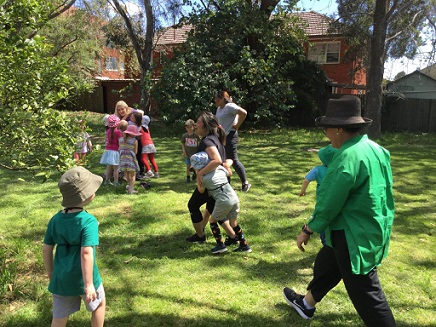 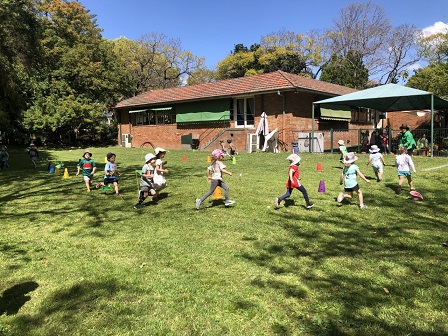 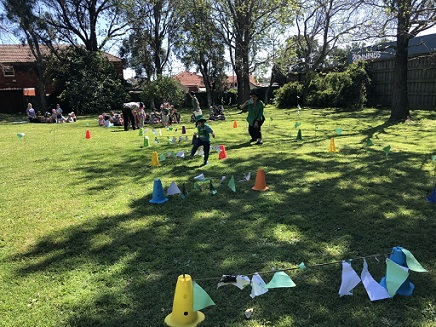 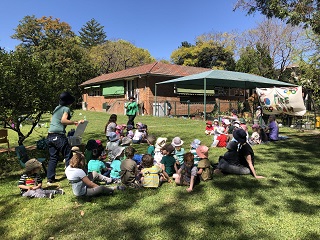