Learning about dinosaurs and volcanoes are some of the children’s ongoing interests since a dinosaur space was introduced to the children last month. Some of the children have been bringing in books about volcanoes to learn more about this concept. Some even suggested we make a replica of a volcano. But before we proceed to doing that, we continue to brainstorm about what volcanoes are—their attributes and what exactly happens when a volcanic eruption occurs. Images of volcanoes were made available to the children to draw on for inspiration for their own representations. As they drew, the children were keen to discuss what they know about the volcanoes and to share their ideas with their peers. One child explained the definition of a volcano as being “A big mountain that shoots out lava”, while another child explained how “Big rocks come out of the volcano’s crater.”

To confirm their current knowledge of volcanoes and to learn about other concepts, we sourced other information from an informative book called ‘Why volcanoes blow their tops’, as well as short video clips of actual recent volcanic eruptions, for example, Taal volcano, Philippines (2020) and Mt Etna, Italy (2021). They children were also shown a diagram of the Pacific Ring of Fire to demonstrate that these are the countries where the active volcanoes are located and which also experience frequent earthquakes.

The children were able to use a range of resources to help extend their learning and they will continue to work together to strengthen this knowledge and understanding.

The children in Johnson House toddlers have enjoyed exploring the sandpit. The children were digging the sand using spades and filling moulds and bottles. Children learn to compare, analyse and measure things informally in the sandpit. The children have been practicing the skill of pouring sand in and out of containers. The act of pouring sand (or water) in and out of containers gives children an understanding of volume and capacity. Through sand and water play the children also explore different materials, both natural and man-made, and learn how things work. In the sandpit, children are able to work on their finger muscle strength and control, especially when digging sand with their fingers and focussing on pouring and filling. 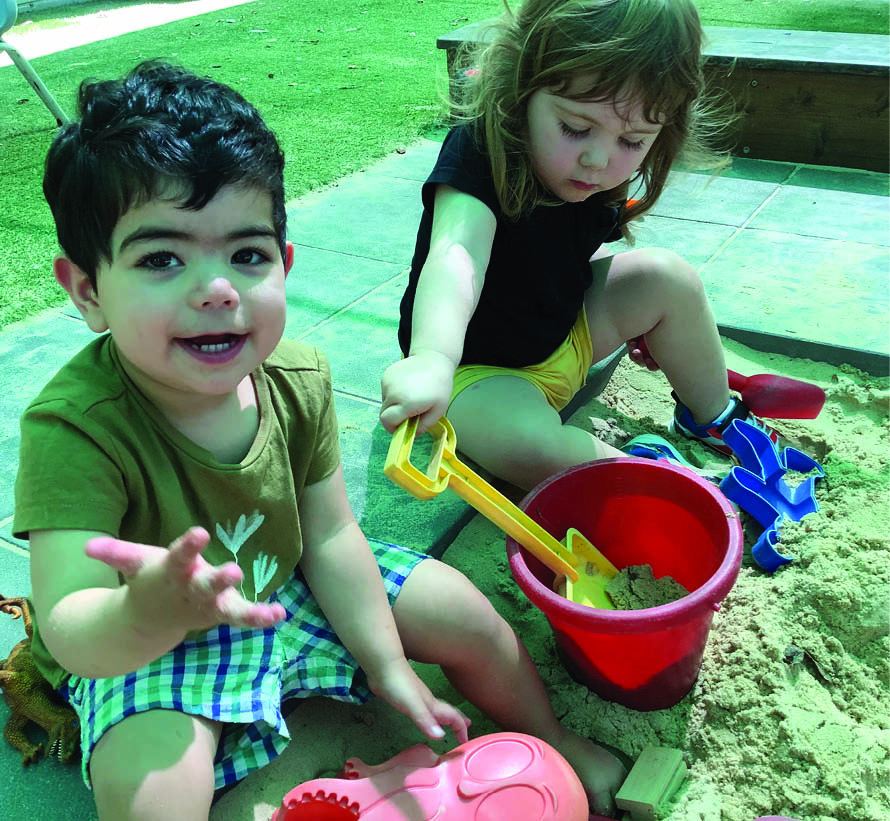 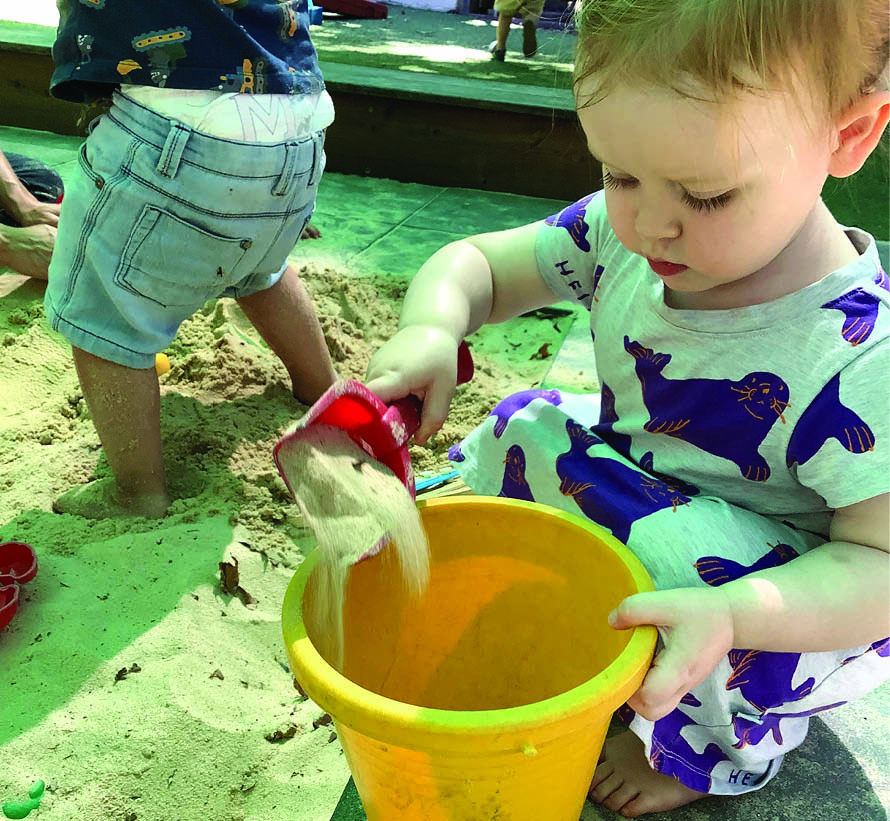 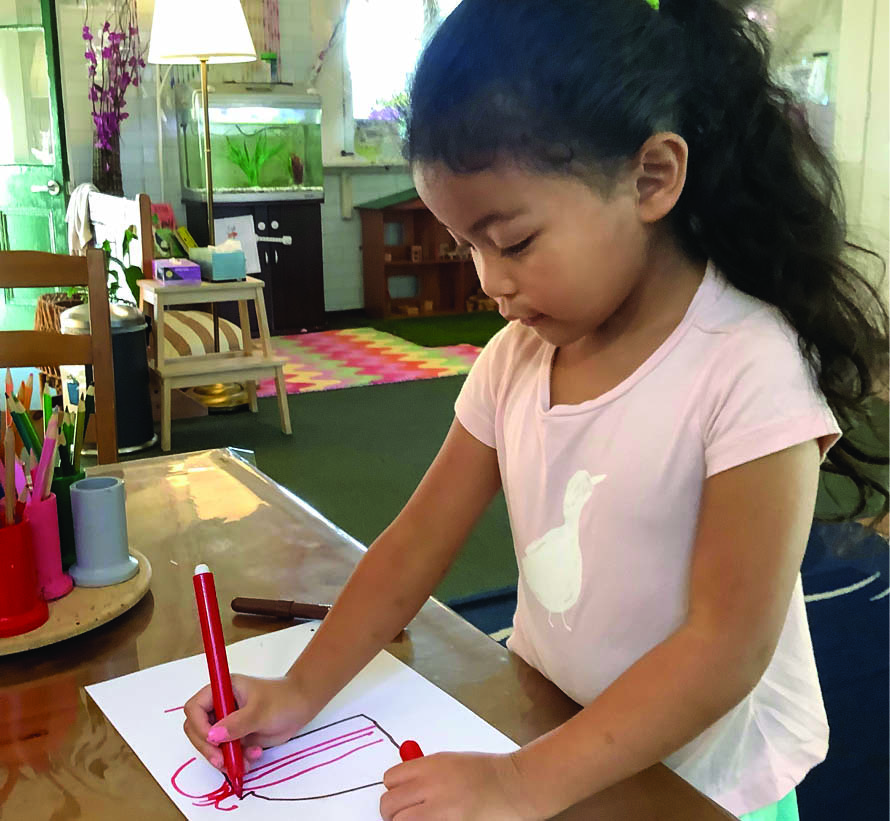 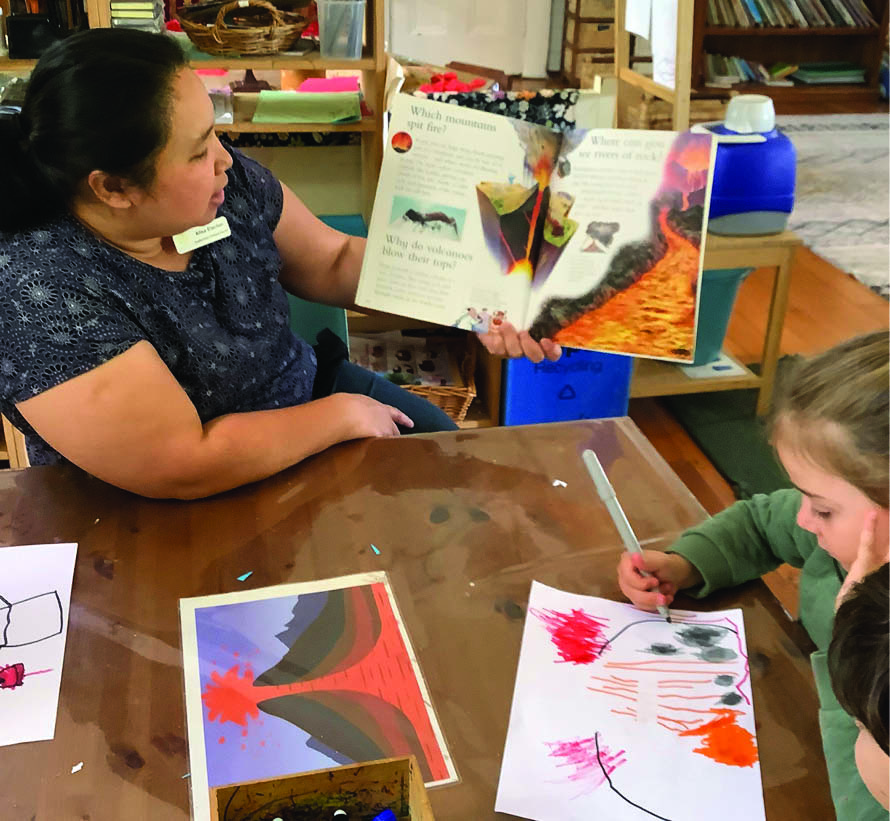 Yesterday plenty of our Robinson House friends helped with a working bee out in our garden! The children began with chopping up our fruit scraps and looking at our composting guide to check what materials were safe to be mixed into our soil. They were very curious, asking lots of questions to find out more about compostable foods. “Why can’t worms eat orange?” asked Langi. “It’s too sour for them to eat!” replied Edward.

Together the children used scissors to chop up banana peels into little pieces before tromping out to the garden and helping mix these through our soil in the empty veggie plot. The children were all very enthusiastic to help with stirring the banana skins through, helping to make our soil nice and healthy for new plants to live in!

The children had plenty of fun exploring the creatures we dug up in the soil, finding grubs and worms while working together, discussing how worms help contribute to our ecosystem, and beginning to learn about composting. 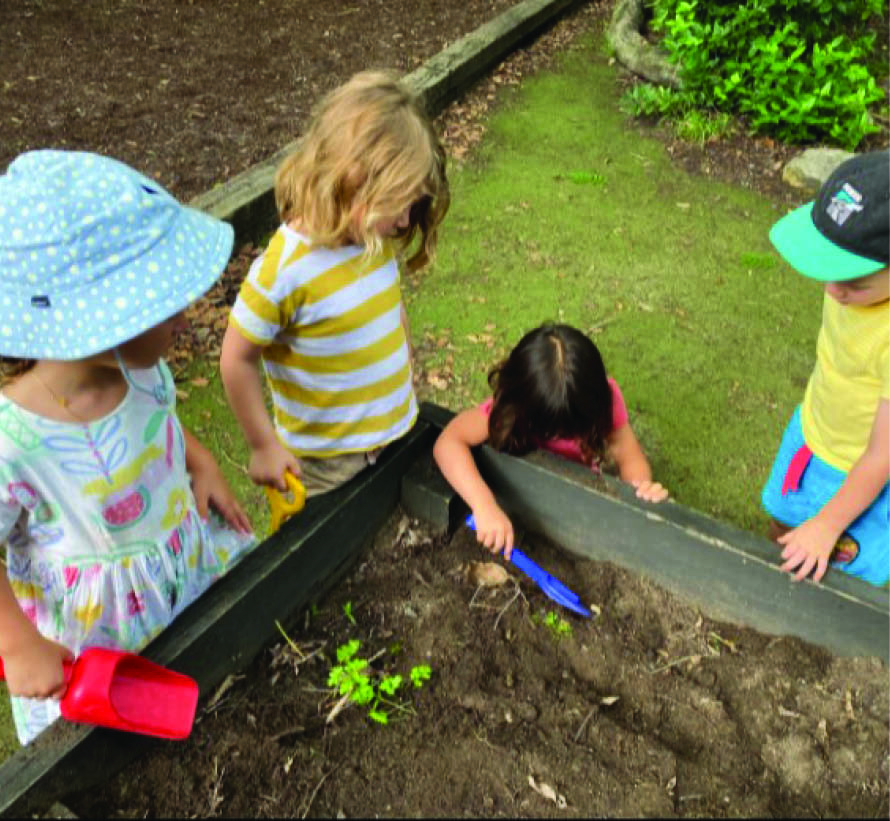 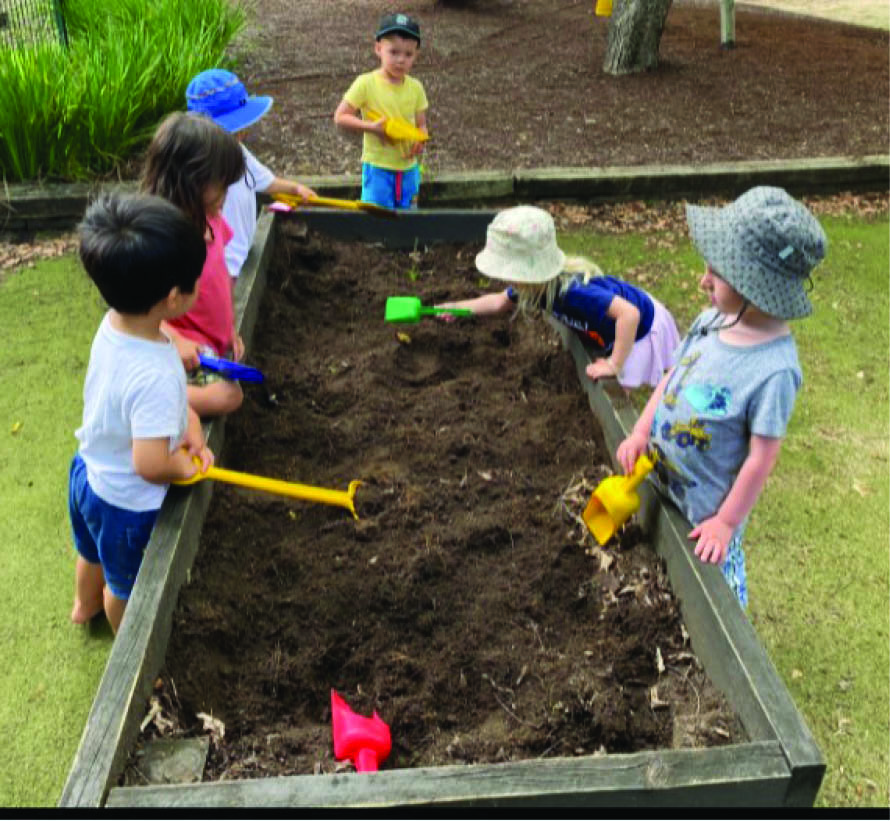 Exploring the 26th of January through a First Nation’s Lens

The role of early childhood education in our local social and political sphere has increasingly evolved in recent years. ‘Australia Day’ has become a time for Educators to reflect upon their own personal views and how this will impact their curriculum decisions surrounding the day.

Educator Alison, who works at Cockatoo Family Day Care in West Pymble, is a proud Dunghutti woman, whose Country spans over the Mid North Coast of NSW. For Alison, the 26th of January is a complex and confusing time. Alison says, “It’s tricky as Australia Day can mean so many different things to different people and generations, but I feel it is important to look at the Indigenous perspective. Australia Day to me is great sadness with great joy, a very confusing time at times.“

Alison shared with the children in her service a very visual and symbolic representational provocation, displaying the arrival of the First Fleet. This set up allowed for open-ended exploration, conversation, questioning and the opportunity for Ali share her Indigenous perspective.

Alison’s perspective was interwoven throughout the learning experience. It was not only important to display why this day is not a day of celebration for First Nation Peoples, but to also share the rich culture, values and the fundamental beliefs that shape the identity of First Nation Peoples. This included the emphasis being placed upon children building their connection to Country and exploring what different parts of nature make up the land of Australia. Alison was again able to do this with hands-on and visually stimulating set ups, including arts, symbols and provocations highlighting the beauty of the water, land, flora and fauna.

As a continuation of this learning, Alison followed up on the children’s interest in storytelling, small world play, nature and animals with more inviting play trays and Indigenous texts. 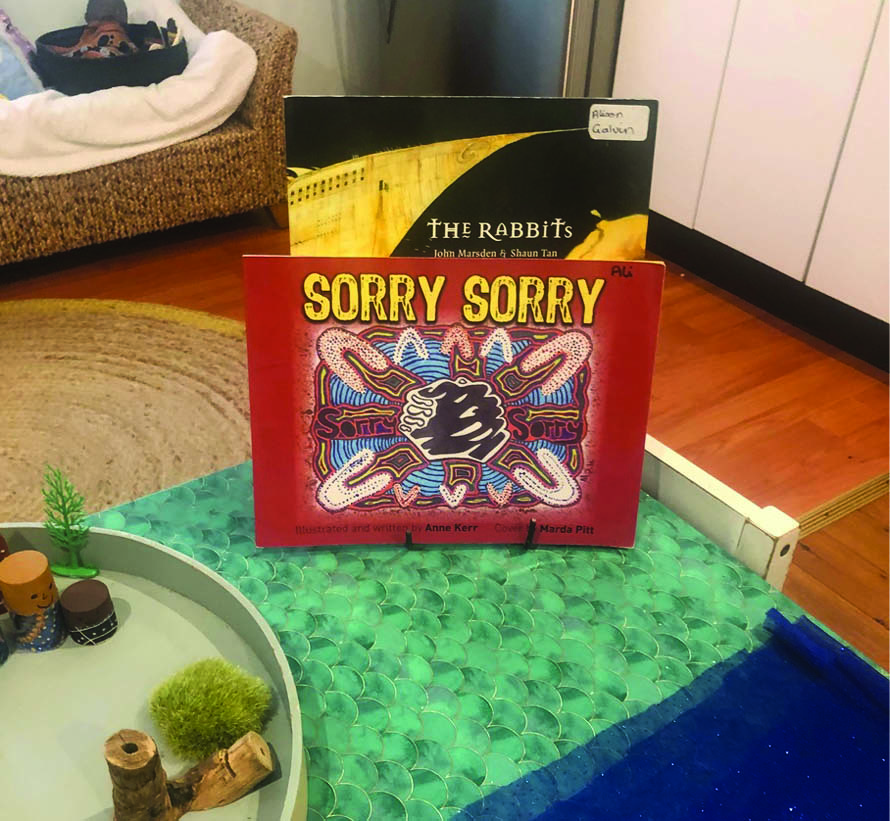 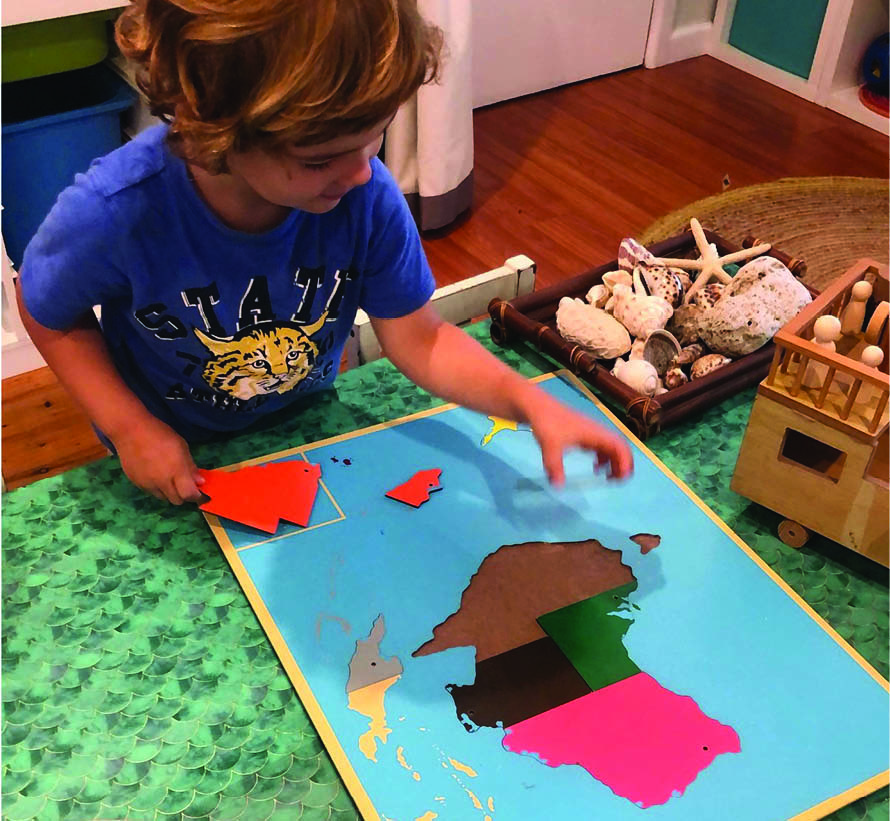 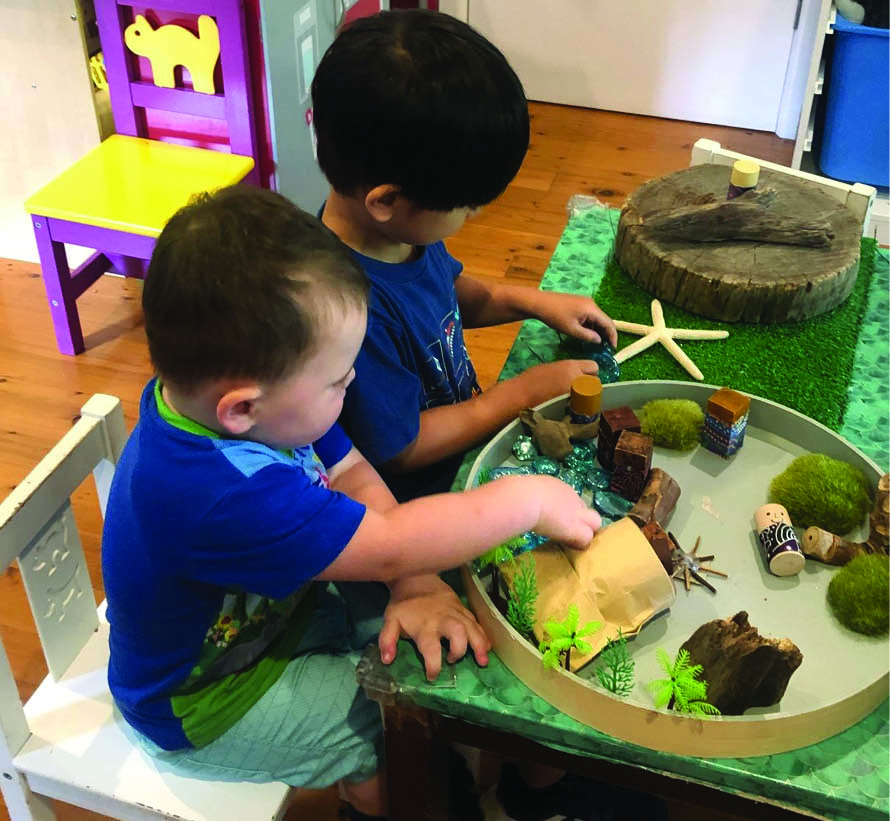 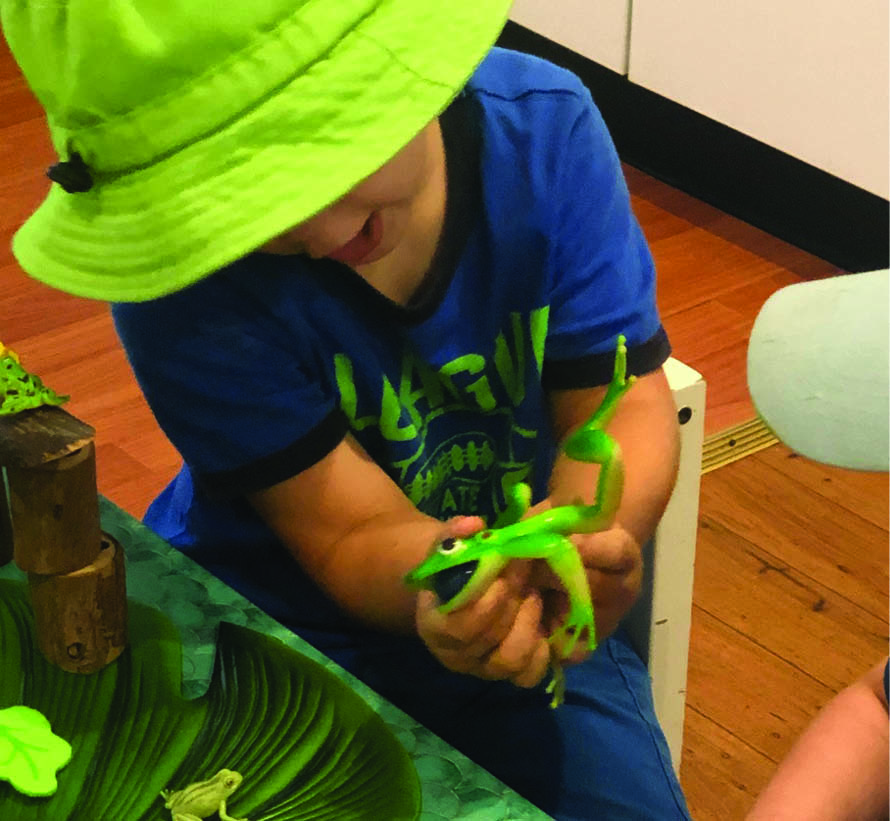