This Week at The Infants’ Home 20 September – 24 September

Kutukulung, our turtle who lives in Gorton House preschool, spent last weekend at home with one of our children and the child came into preschool the following week with photos and stories about the home experiences he had shared with Kutukulung.

The child was really excited to tell us about and show us photos of Kutukulung watching as he made red lanterns and mooncakes in celebration of the Mid-Autumn Festival (also known as the Moon Festival or Mooncake Festival). The child made Kutukulung a card to wish them a happy Mid-Autumn Festival, and he also brought cards to preschool for his friends.

What seemed to most excite this child, as well as many others, was the making of the mooncakes. Most of us didn’t know that a special stamping tool is used to make the beautiful floral pattern on the tops of mooncakes, and the child showed us the photo that he had put into Kutukulung’s book for all to see.

Well, now we were really excited, and we asked the child if we could make some mooncakes together. This evoked quite a funny reaction in the preschool room as most of the Educators who celebrate the Mid-Autumn Festival felt a bit daunted by this prospect, saying that mooncakes are quite complex to make, and for this reason they normally buy them ready made! However, when the child concerned borrowed the stamping tool from his mum the following day and eagerly arrived at preschool with it, we decided that no level of complexity was going to stop us! After all, I think the Gorton House preschool children must surely be some of the most experienced cooks within a 10km radius. So, we decided we would give it a try and make a simpler version of red-bean mooncakes using a basic pastry of flour and water. The children could barely wait—they were bursting out of their skins in anticipation, and the child who had triggered this experience was so delighted. Each child made their own little mooncake, kneading their dough/pastry and then filling and moulding their dough around the red bean paste. They then pressed their moon cake into the stamping tool to create that beautiful floral pattern on top. We were excited about how beautiful every single cake looked and we waited in anticipation as we watched them cook in our little oven. Most of the children thought they were delicious.

Thanks so much to the child and his family for sharing this beautiful celebration with us—what a special time we all experienced. Although we didn’t really make the moon cakes in the way they are traditionally made, it still felt very special, and we loved having the opportunity to be part of it. The child’s mum has now researched and shared with us another simple mooncake recipe, so we will be trying this new recipe soon. 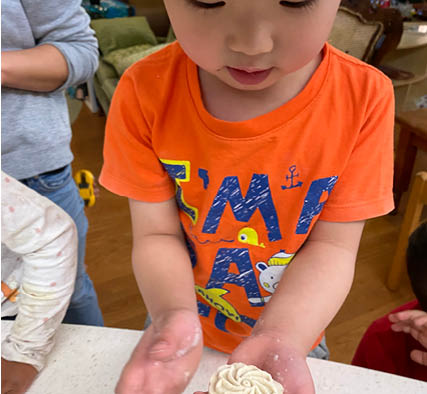 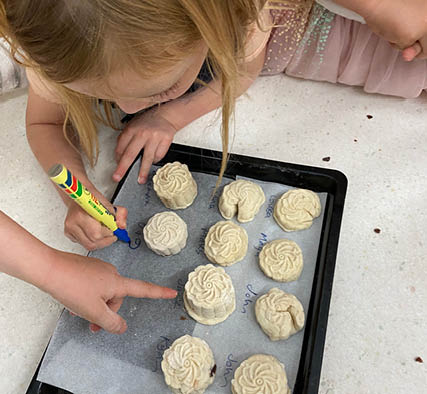 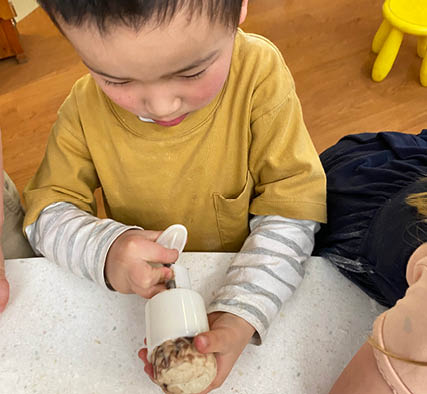 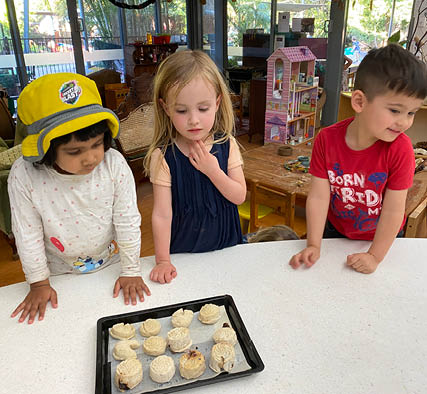 To support children’s emotional regulation and provide them with safe and constructive ways to express their ‘big feelings’, the children in Johnson House were invited to engage in a sensory play experience.

Some of the balloons bounced off the ground, flew over the fence, and rolled down the softfall. Once the balloons had popped and the coloured water came out, the children felt relieved. They found this experience satisfying, as was evident by them asking for more balloons to throw! Some children devised specific strategies to pop the balloons, such as moving closer to the wall then moving backwards to gain momentum and drawing their arm behind them to release the balloons forcefully.

Self-regulation is an important emotional task of childhood. Having the skills to manage their own emotions this allows children to trust themselves, and gives them a sense of safety and self-esteem (Porter, 2016). 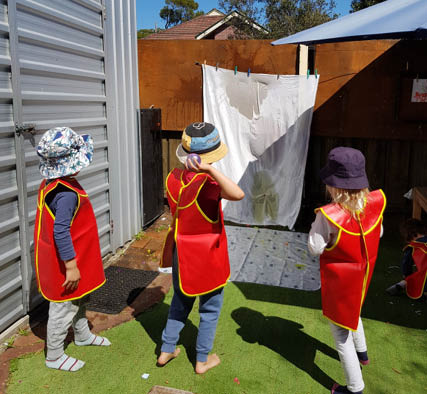 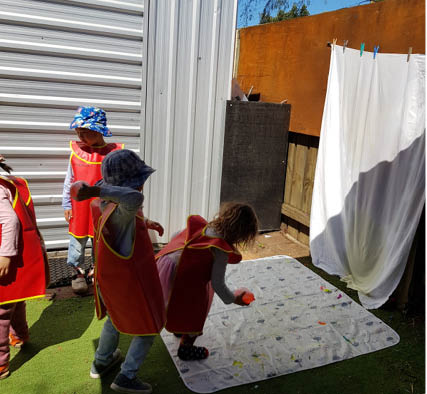 The children in Murray House have been getting in touch with their inner calm as they learn the art of yoga from Educator Deepa. We listen to calming music as we stretch and move our bodies into different shapes, including making animal shapes with our bodies. The children also use this time to learn about their bodies and how we can calm them with slow breathing and yoga poses. The children really enjoy learning yoga, and often request “Deepa do yoga!” 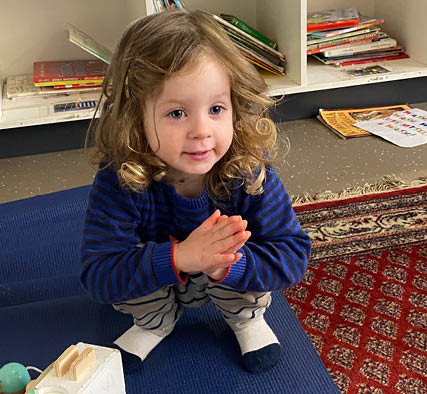 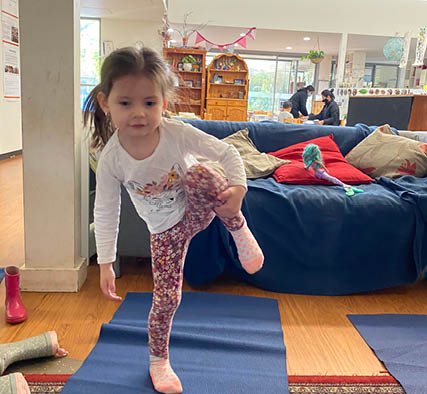 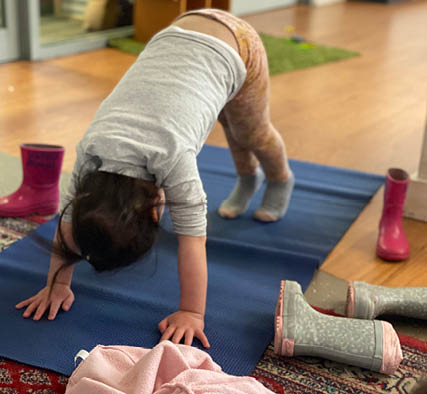 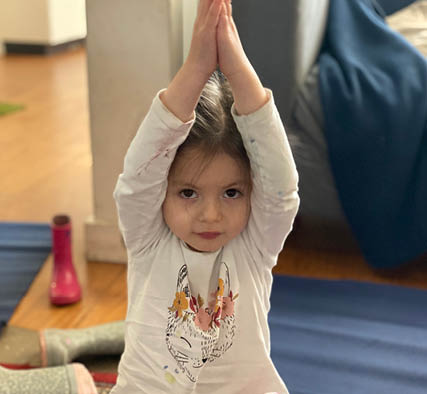 Family Day Care Sydney Wide Educator Gabi Gasinska has been selected as a Regional Educator Award Winner in the 2021 Excellence in Family Day Care Awards. Congratulations Gabi, this is a testament to the wonderful learning environment and program you provide for families in our local community. Gabi, who also won this prestigious award in 2017, has been registered with our service since 2015, and she operates her service in our Randwick hub. 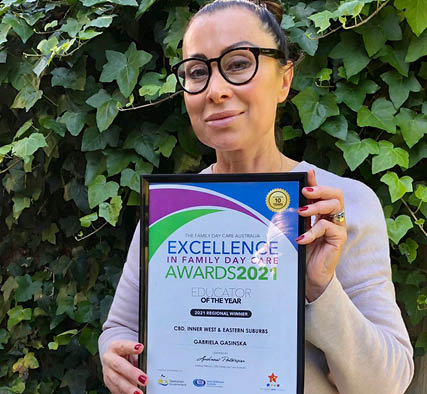 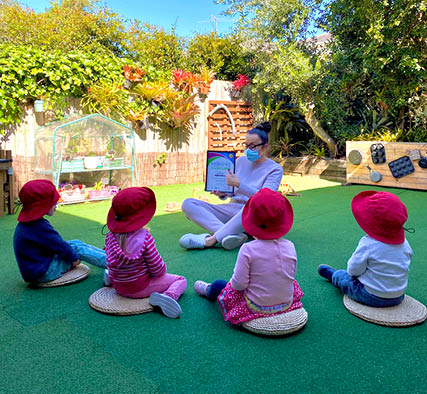 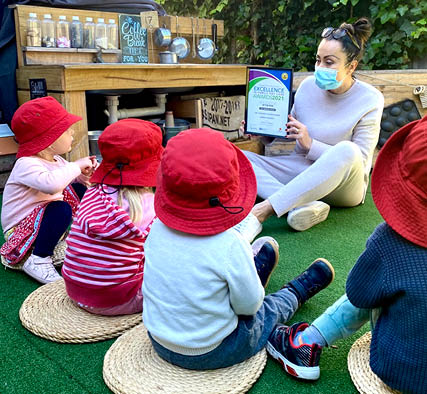