Sensory experiences are an integral part of the program in Johnson House preschool. To extend on these type of experiences, a dark den was set up in the space this week. A variety of provisions were added, including light-up blocks as well as light-up balls and spinners. The children were intrigued by this space, experimenting with the provisions, comparing concepts of light and dark and experimenting with how the added items operated.

This being a popular experience amongst the children, as a group we sat together to develop some guidelines for the space to ensure it was a fair and respectful experience for all. This helped give the children ownership over the space and opportunities for collaboration.

This week the children in Johnson House toddlers had the opportunity to continue to engage in small group experiences to support their gross motor skills, language development and cognitive development.

The children had a discussion about the colours they were sitting on, and matched these to the colours of the birds in our story ‘How the birds got their colours‘. The children are very familiar with this story as we have shared it several times. All of the children joined in to recall the story, supporting the development of their oral communication skills as they contributed their own thoughts and ideas to a small group discussion. The children also had the opportunity to engage in some physical play experiences as we moved up and down the hallway. The children chose the actions they wanted to do, and were very enthusiastic to demonstrate how fast they could run, crawl, and slide up and down the hallway. 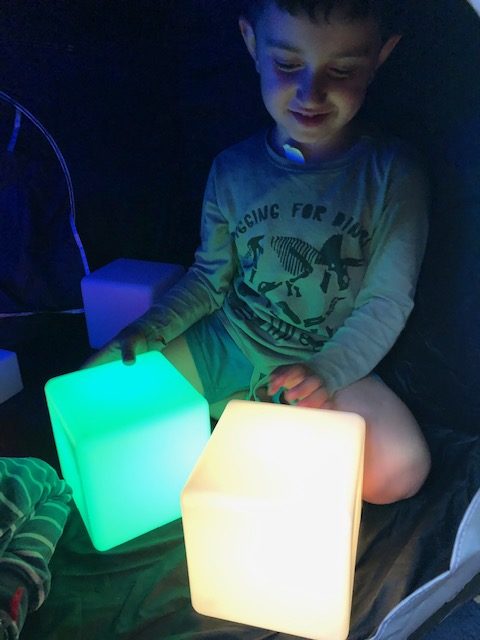 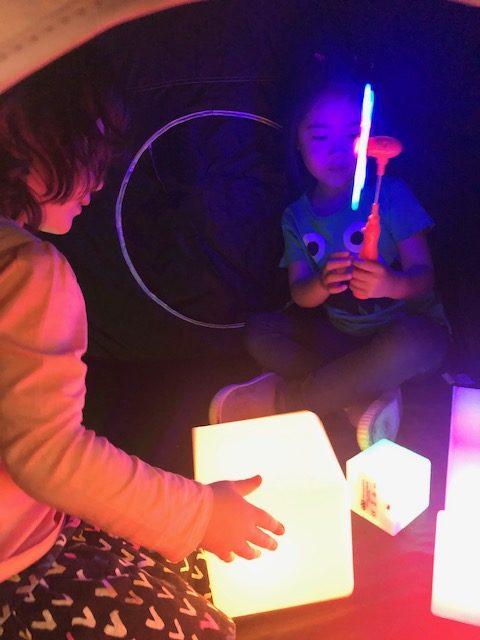 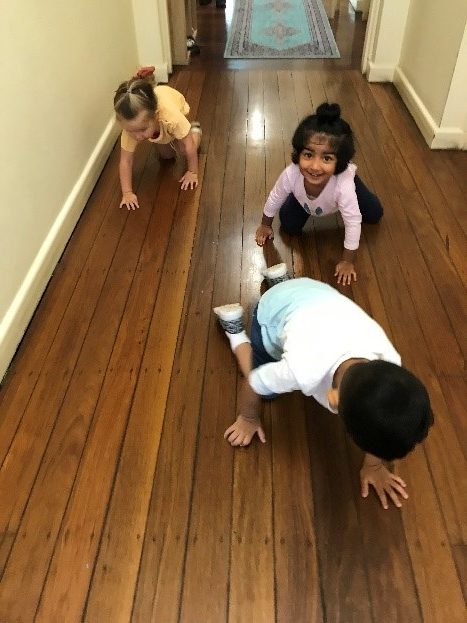 The children at Rigby House are very interested in gardening, and for several weeks they have been germinating seeds and observing their progress closely.

The children display their numeracy knowledge and skills as they use mathematical language to describe seedlings’ growth by comparing them and explaining if they are bigger, smaller, or the same, which one is the biggest or smallest, and also which seedlings have more or fewer leaves.

Recently, the children have become interested in using rulers, and they enjoy recognising and naming the numbers on the ruler. The educators have taken this opportunity to extend the children’s understanding of numbers as a way to communicate information; in this case, to use numbers as a way to describe how much the seedlings have grown and build their understanding of measurement.

It is lovely to see the children enjoying these experiences—they have now developed a daily routine to care for and measure the progress of the seedlings. The educators are further extending the children’s understanding that numbers communicate information by recording the numbers the children read put as they measure the seedlings with the ruler.

These play experiences support the children to explore ideas, solve problems, and develop their understanding of how numbers allow us to represent and share information with others. 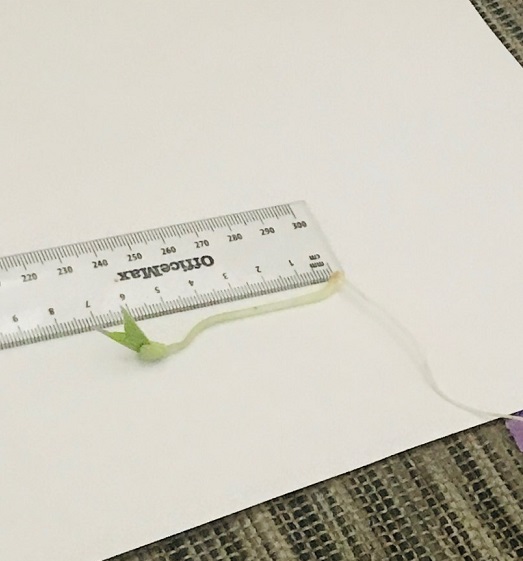 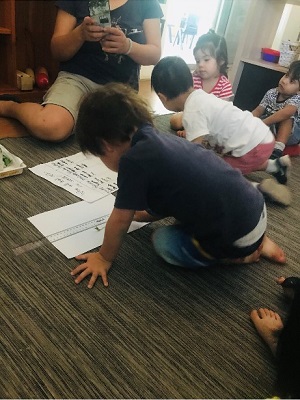 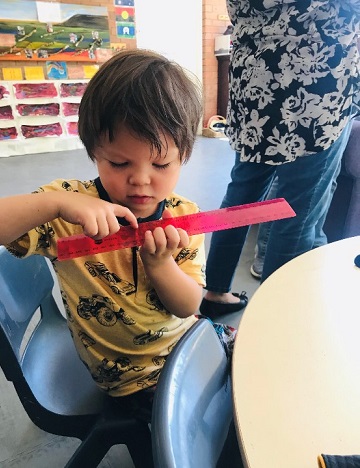 At Robinson House the children have been learning words in Aboriginal languages during our morning Gathering group via the ABC radio program Awaye! (Australia’s only national Indigenous arts and culture program). So far we have learnt some great words in Gadigal and Wiradjuri languages, and just recently we’ve started learning some Nyungar words from the south-west of Western Australia. The children have been particularly enjoying the Nyungar words, because actor Kylie Bracknell teaches the word for ‘diarrhoea’ alongside some less ‘pooey’ words, like the words for ‘soft rain’ and ‘picturesque’.

Recently after a morning Gathering a few children gathered around the charts of the words on the window, and ran through them all. “This one’s yiramiilan!” said one child excitedly, pointing to the Wiradjuri word for sunrise. “And this one is guwayu,” added her friend, pointing to the word meaning “see you later.” Talking about language shows children that Australia is a very cultural and linguistically diverse place, and that our daily Acknowledgement of Country is much more than empty words.

Learning about nutrition and healthy cooking

Over the past few weeks children at Robinson House have been rolling up their sleeves and discovering the world of cooking. We have been learning together about the wonderful benefits of healthy food and reflecting on which foods could be treats or occasional food options. With this learning and exploration we have also been learning about food safety and hygiene when preparing food. For example, we have been discussing the importance of having a clean and organised space with all utensils and ingredients ready.

The children have been inspired by festivals, celebrations and significant events, like starting school, to prepare food we enjoy. We have been adding some healthy twists to our recipes. Some of these have been making creepy creatures using fruit, vegetables, cheese and sultanas. We’ve also made fruit smoothies, fruit and veggies sticks as well as fairy bread and assorted sandwiches, as some of our peers will be starting school and are learning how to pack their own lunch. We have also attempted recently our own take on making our own bruschetta. We were inspired to visit The Infants’ Home’s vegetable and herb garden Vegepods. We went on a walk and collected basil and admired the amazing selection of healthy fresh produce being grown there.

Over the next few weeks we will begin to cook more savoury food using pastry, rice and some protein. These ideas come from discussions about friends with allergies or intolerances, so we are trying to cook a variety of dishes and meals. Visiting the garden pods will continue as well, as we incorporate fresh produce grown onsite into our cooking. 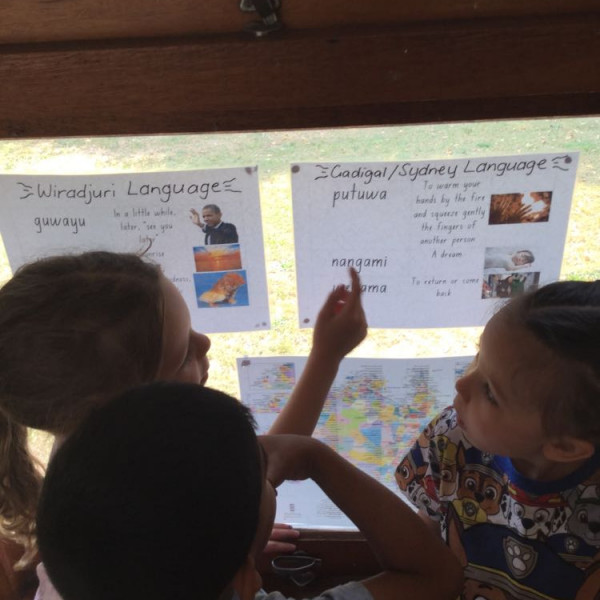 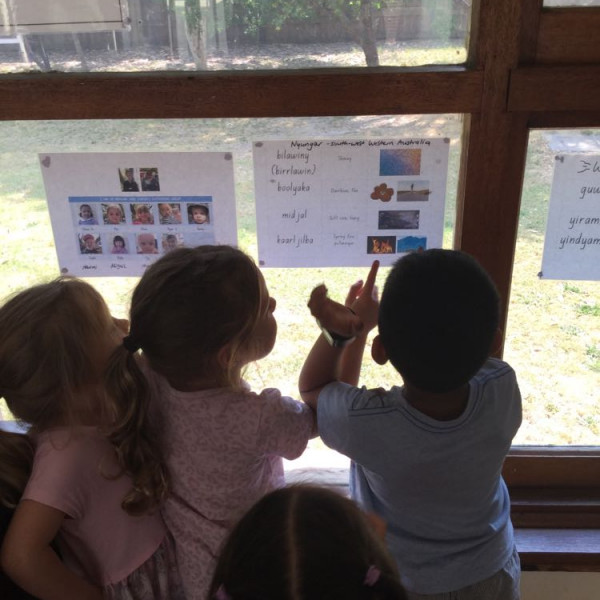 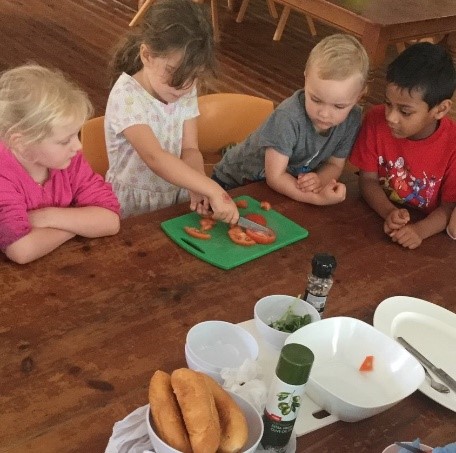 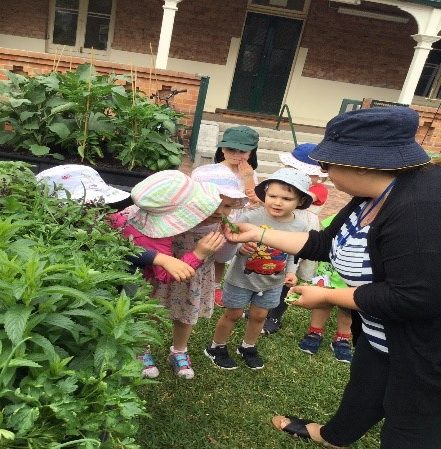 Showing gratitude for our fellow Australians at FDC Playgroup–Northern Beaches

To help our children learn about and understand the culture and world we live in, we decided to explore the red poppy (which officially became the national emblem of remembrance in 1920) and the poppy’s significance to the Remembrance Day held on the 11 November each year.

We used the colour red to create collages of traditional red poppies. This experience allowed the children to show care, respect and acknowledgement for the day, as well as having opportunities to talk, listen, create, explore and develop their fine motor skills. 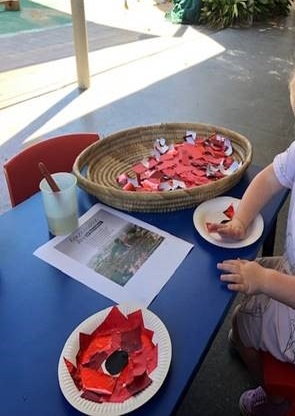 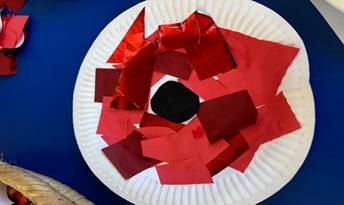 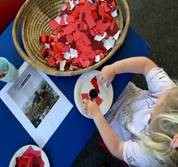 The end of year festivities for playgroup have started already. This week the children enjoyed decorating baubles with glitter and stickers. They were also busy at their workstation writing and cutting out letters to Santa and placing them into the mailbox. From brushes to finger painting, and decorating Christmas trees using playdough, lots of art and craft was enjoyed by all.

We danced and sang songs during group time and read ‘We’re going on an elf chase’ and ‘There was an old lady who swallowed a star’. 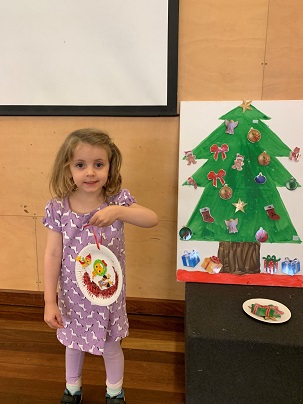 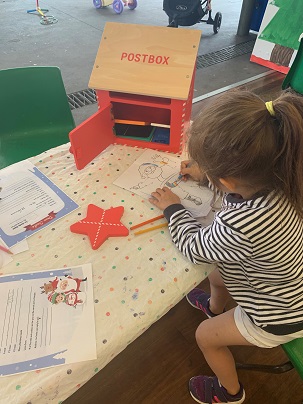 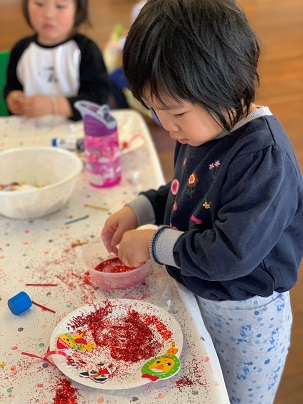 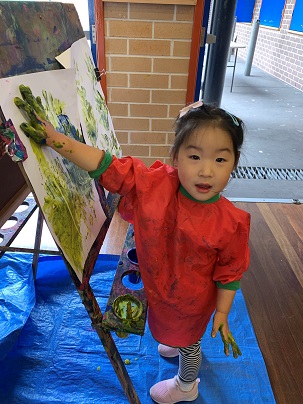