This Week at The Infants’ Home 8 March to 12 March

The children in Johnson House have been keen to learn more about worms, which prompted the creation of a worm terrarium. The children have been regularly checking in and caring for the terrarium each day. Discussions were sparked about how worms prefer working in the dark and like to hide under the dirt. Hence we needed to cover the clear tank with black paper, and that is also why we could not see the other worms. The children have been adding fruit and vegetable scraps, as well as paper to the terrarium. The children learnt that the white paper is seen as a treat, because it helps balance the moisture in the habitat. The children also made predictions as to what would happen to the fruit and vegetable scraps. They said these might turn brown and get smaller because the worms would eat them. They saw the apple seeds too and thought they might grow in the dirt just like when you plant them in the garden. Providing water for the tank using spray bottles has been a great experience as the children take turns to care for the terrarium.

This experience has provided opportunities for children to show appreciation and care for living creatures such as worms, and their activities and habitat. The children are also learning how care for the worms to help them thrive in their environment. They are also practicing their fine motor skills as they use spray bottles to squirt mists of water into the tank. 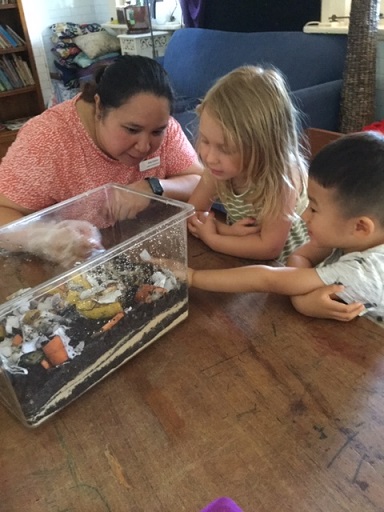 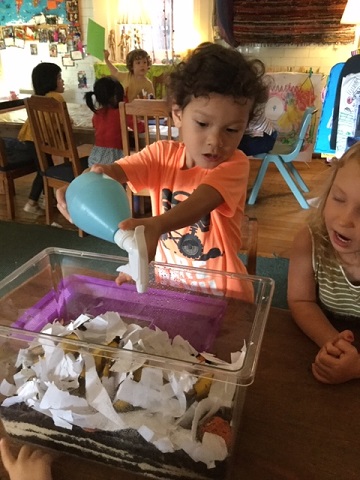 In Murray House the children have shown an interest in ball play, due to its versatile nature of bouncing, throwing, catching and rolling. Following this interest, a mini basketball net was added into the environment for the children to explore. The children showed excitement and enthusiasm while exploring their new ball skills, and they interacted with their peers using their communication skills, and demonstrating confidence during their social interactions. This type of play helps the children to develop their gross motor skills of balance, movement and coordination. 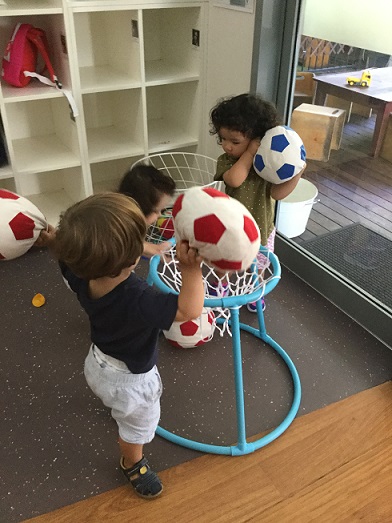 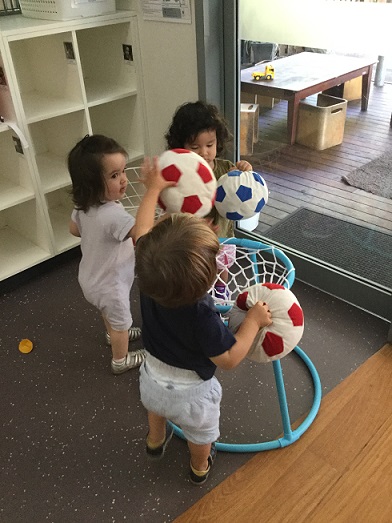 2.4 year old Mabel recently visited her GP and when she noticed that she was one of the few patients not wearing a facemask, she was upset by this. When Mabel’s mother shared this story with Sally Kenny, Mabel’s Educator in the Randwick Family Day Care Hub, Sally responded by programming an intentional teaching activity related to facemasks. The children added colour to their own white masks that Sally had sourced from fellow Educator Eszter, from the Randwick Hub, who is handy with a sewing machine. Mabel is very happy to have her very own facemask – which is modelled here by a doll. 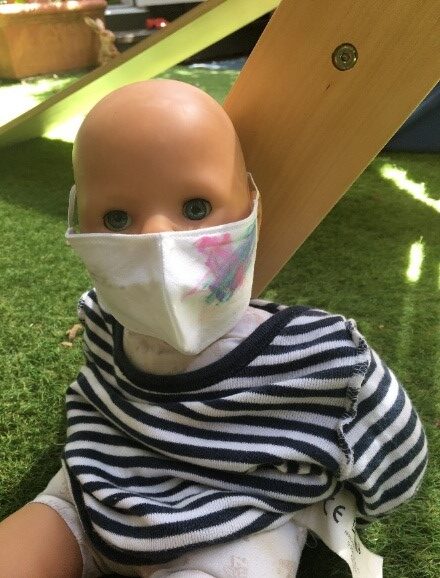 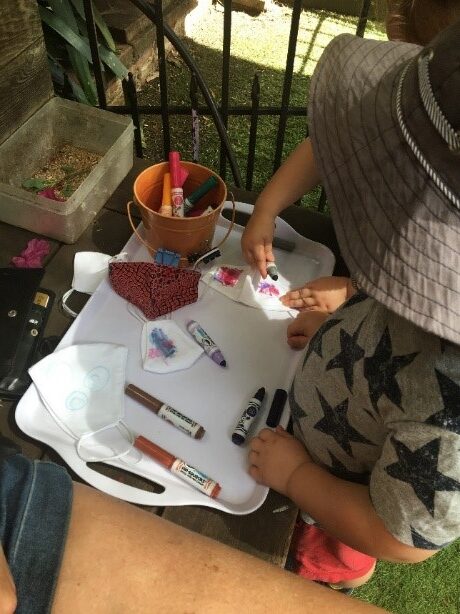 This week at playgroups our children have been learning about polar bears, such as where they live, what they eat and what is happening to their environment. We used white glitter playdough with arctic scene playdough mats, and we cut out pictures of polar bears and other arctic animals. We also had a polar bear factsheet to help encourage discussions between parents and their children about polar bears. The children enjoyed this activity and used the animal cut outs to create arctic scenes. They also used the cut outs as guides to create their own arctic animals.