In Gorton House we have loved the enthusiasm and commitment to research and learning that the children in the preschool room continue to show in relation to the many bugs within their natural environment. The children’s strong sense of agency, and the way they have led the learning, has continued to promote rich discussions and further investigations. The children’s innate sense of curiosity drives them to make comparisons between various creatures, and to learn more about the specific details around various bugs.

We have seen that, as they gather new information, the children then seek to discover whether this new knowledge relates to other creatures, for example, asking ‘Do wasps make honey too?’ and ‘What other bugs can make honey?’ One child was especially interested in this and drove this inquiry, and was astounded to learn about the native Australian honey ant!

We have also seen children’s agency around driving and sharing this learning extend into their homes, as they involve their families and share their home experiences back with us at preschool. This has been most evident in the way in which the children have driven much of the documentation of their learning and discoveries within the ‘Bug Book’ we have created. The children often choose which photos they want taken and included in the book so they can revisit these later.

We have loved that even when children have been at home, or out with their families, they have noticed various bugs, which they have asked their families to photograph and email to preschool so these can be added to the book and discussed amongst their peers. We absolutely love the way this learning has linked so authentically with home, and the way children, families and preschool have been able to engage in this learning together. (Families are telling us that their child is giving them bug knowledge that they did not know!).

We see many examples of this link from home to preschool. On a recent family trip to a reptile park, one child came back telling us about a ‘spider map’ he had been given whilst at the park. We invited him to bring this map in any time he wanted, and he was so excited to arrive one morning to show it to us all—we learnt so much more about Australian spiders from this map. Copies were made to add to the Bug Book, and soon children were requesting personal copies for their own records. We then spent almost an entire day taking various groups of children out to both the lawn and the goose paddock, where we used the maps to help us to further identify spiders, as well as to distinguish similarities and differences between the ones we were seeing. We also discovered via the map that not only does a ‘golden orb weaving’ spider exist, but also a ‘garden orb weaver’. This lead us to try to take closer a look at what we have always called a golden orb weaver, located in the goose paddock, to try to determine which of the two species it might actually be. The children’s views differed greatly, so the jury is still out on that one—more investigation is needed! 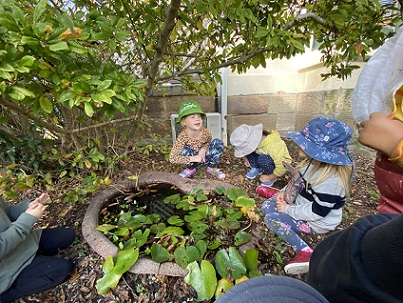 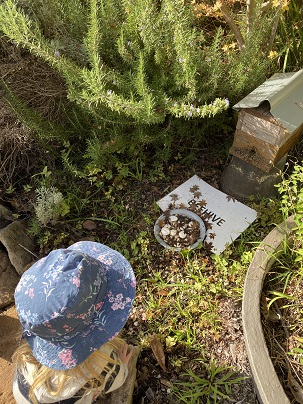 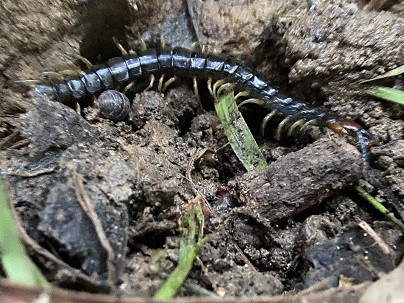 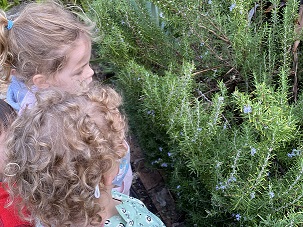 For a few weeks the children in Johnson House have been creating imaginative play scenarios based on shopping. They have used a variety of provisions to improvise and develop their ideas. To further extend this learning, a dedicated space has been set up including a counter, cash register and recycled boxes of various supermarket items. The children really enjoyed this space, and the role of the Educators in helping to guide and facilitate this experience was crucial to ensure its success. The children were shown the barcodes on the various items, and the Educators explained how these help to identify each item. The children then got the hang of finding the barcodes and scanning these with the scanner.

Through these play-based experiences the children were also learning about money and when to pay for items. Some children even commented on and reenacted how they could simply tap or swipe their card to pay! They also practiced to taking turns, waiting in line and even helped each other out with money. This was a nice opportunity for the children to extend upon their interests while at the same time linking their play to real life experiences. 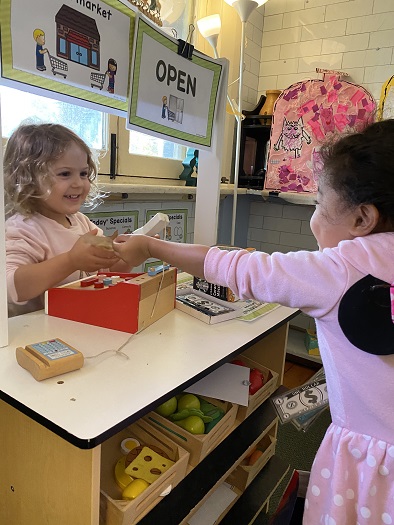 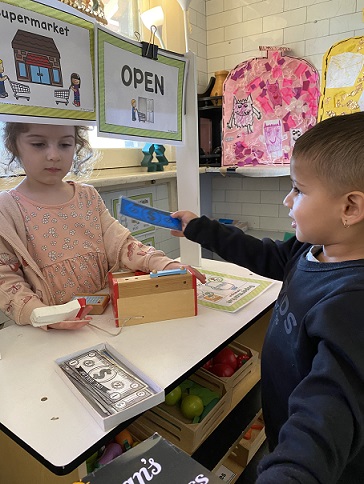 Playgroup at Randwick South Sydney Family Day Care Hub was all tidied up and ready for us to participate in this year’s National Simultaneous Story Time at 11.00am on Wednesday 19 May. This is an annual event held by the Australian Library and Information Association (ALIA). We set up an IPad so that all of the children could see astronaut Dr Shannon Walker reading this year’s feature book, Give me Space, by Australian author Philip Bunting, live from the International Space Station. It was amazing to think that we’d joined almost two million other children across Australia listening to the same story at the same time, in a multitude of locations, with the story being read all the way from space! 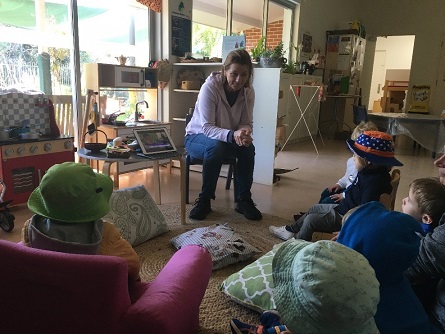