This Week at The Infants’ Home 12 October to 16 October

Protecting our land and a developing a sense of responsibility has been a focus for the children in Johnson House recently. The children have been wanting to help with the morning routine, such as cleaning up the playground each morning by gathering the leaves, and sweeping and tidying the space. They have also been helping to prepare morning tea by helping to cut the fruit and preparing it for serving.

Experiences such as these serve as great opportunities for promoting many facets of children’s learning. Working together, persistence and teamwork have been some of the skills encouraged. As well as this, the children have really enjoyed learning more about using the correct bins in the morning clean up. They have been curious about what goes in each bin and they have been using the visuals on the bin as a guide. These experiences emphasise how even the simplest of tasks can be used as a powerful learning opportunity. 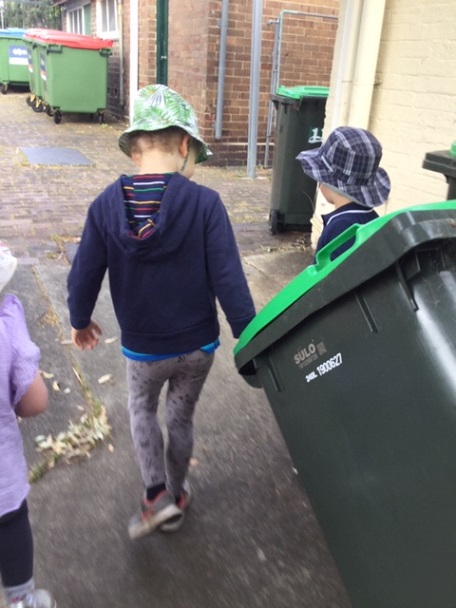 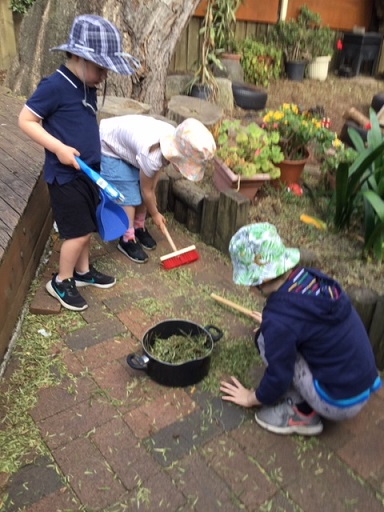 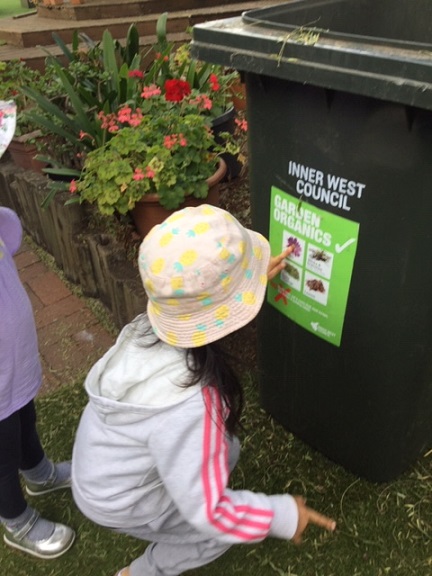 The children in Murray House infants love visiting the compost bin. As part of our daily routine, educator Latha takes a group of children to the bin with food scraps from the kitchen. All of the children become excited when Latha says to them, “Let’s feed the worms!” The children are very enthusiastic about finding worms in the bin, and they gather around the bin to find and observe the worms. When they finally notice the wiggly movement, the children exclaim their excitement, saying things like, “Look!” “Wiggle wiggle!” and “I found worms!” A worm accidentally fell off the bin, the children were all keen to take a closer look. Some of the children were a little afraid of the worms in the beginning, but now they have built their confidence to be close to the living things around them. Visiting the compost bin provides an opportunity for the children to engage in shared conversations, and the experience offers many things for them to talk about as they participate. Our young children are also learning to take responsibility for the waste that we produce, and they are also observing the process of decomposition each time they visit the compost bin.

Story by Educator Thi My

This week in Murray House toddlers we welcomed educator Mandy back from two weeks annual leave, and the children were very excited to see her. As soon as they saw her, they grabbed their hats, gathered some balls and requested that Mandy to take them out for an excursion, as she has been taking them out regularly. It was great to see the children resource their own learning through connecting with people. Responding to their interest, Mandy sat down with them and went through the safety rules prior to the excursion.

As well as the regular language group and ball games the children enjoy when they’re on these excursions, this week the children also showed an awareness of their surroundings as they noticed the blooming flowers on the lawns and in the trees. It was hard for them to contain their excitement and joy when they saw the butterflies as they cheered and chased them. Extending on their keen interest in the natural environment, the group spent time appreciating and talking about the variety of flowers, discussing their colours, sizes, shapes, etc. Some of the children also demonstrated their care and respect for nature by being very gentle while touching the flowers and their leaves.

This week educator Denise introduced a new sensory resource for the children—water beads! Some beads were placed in sealed bottles and some were placed in sealed bags. They were very popular throughout the week. The children manipulated the bags with their hands as they rolled, kneaded, squashed, flattened and even attempted to pinch the visible beads out of the water.

The children noticed that they were able to see the water beads in the bottles more clearly than the ones in the bags. They watched the beads slid, fell and bounced within the baby oil in the bottles. The water beads offered many benefits for children’s sensory exploration, as well as their regulation skills—the slow movement of the beads in the baby oil captured the children’s attention and help them to regulate their emotions.

We are continuing to offer STEM learning experiences (science, technology, engineering, and mathematics) for the children in Murray House toddlers. This week a range of puzzles, including sequence puzzles, were provided. The introduction of these aimed to foster the children’s reasoning, problem-solving, visual discrimination and turn taking skills. The children particularly enjoyed the four step sequence puzzles, where they had to look at a set of four pictures then sort these into the right sequence. Initially some support and explanations were needed from the educators, then as the children began to understand the concept, they were encouraged to collaborate with their peers and to scaffold one another’s learning. Most of them were very proud when they had completed a sequence. This sense of pride and accomplishment will no doubt contribute positively to their developing self-identities. 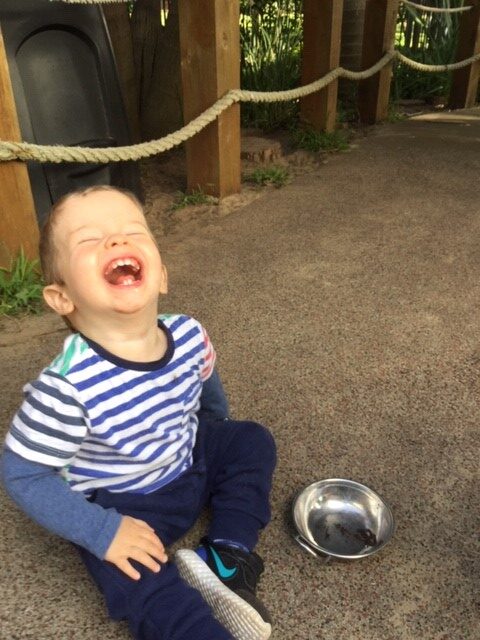 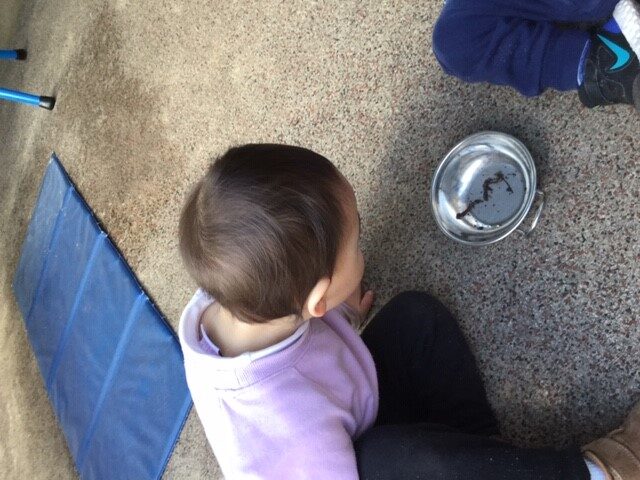 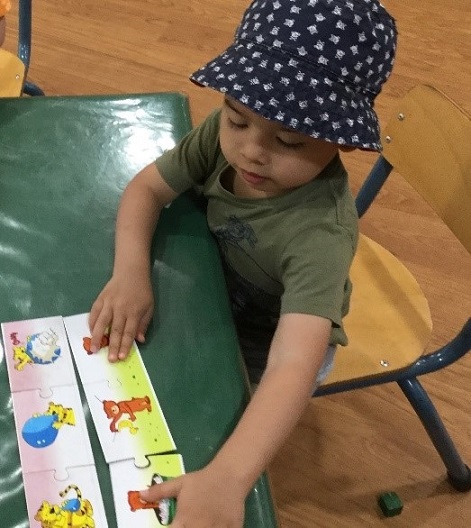 Continuing on our interest in marble maze and construction in Robinson House, a felt board was set up and children were provided with boxes and cardboard rolls (full and half) with Velcro strips. This allowed the children to manipulate the boxes and rolls against the felt board to construct marble mazes.

It was a group effort making this marble maze, as each child had a piece of cardboard box or roll to add to the maze, which allowed opportunities for suggesting and negotiation. We used the ‘turn taking wheel’ with the children’s profile photos on it to determine who was next going to have a turn to add their piece to the maze.

Despite some modelling and demonstration, during our first round of construction we made only simple linear mazes. But then, by posing questions such as “How do you think we can make the marble go through this box and this tunnel?” the children got the hang of it! It was great to see the children finding the gaps that the marbles fell through, and watching them problem solve was fantastic! One child explained to his peers “I need to move it higher” to ensure his piece connected to another; one of his friends suggested “What if you put it at the start of the maze?”, and another said “You need to move it lower/ closer.”

The children held their breath, watching as their marble went through the boxes and dropped from one half roll to another, hoping that their marble would successfully roll through their maze. They rejoiced when their marbles got through, and giggled when they got stuck or fell through a gap! Sometimes they had to hold the pieces up a little to ensure less bumps for the marble, and their commitment to ensuring this was amazing. One of the children used his knee to hold it up, one hand to hold another piece and another hand to put the marble in. They then worked as a group to hold the pieces together.

When given some time to construct marble mazes without me facilitating, the children built complex mazes and were excited to share and let their friends have a turn.

This has been an ongoing interest, and the children continue to show their developing ideas and skills in experimenting and hypothesising. Some of the children are also supporting their friends by making suggestions. This experience provided the children with opportunities to continue developing their understanding of STEAM (Science, Technology, Engineering, Art and Math) concepts while having lots of fun! 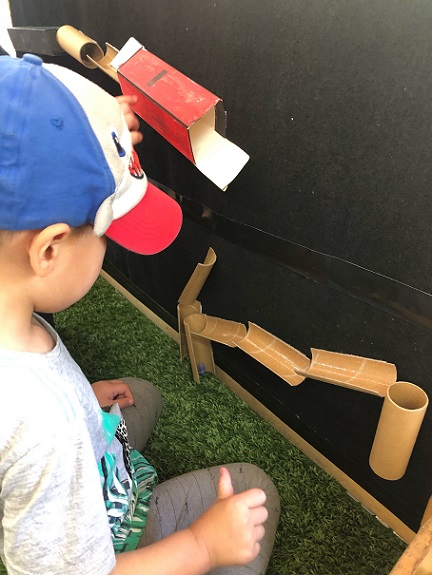 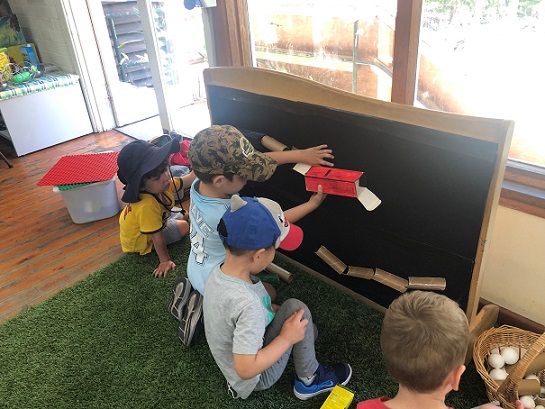 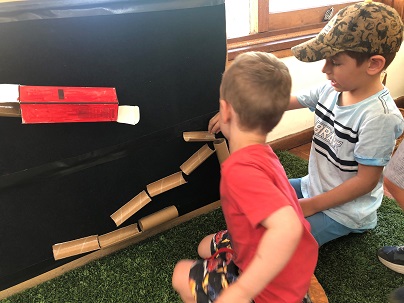