This Week at The Infants’ Home 27 September – 1 October

To follow up on the children’s interests in engaging in sensory play, this week the children in Johnson House participated in an activity in which they manipulated kinetic sand which Justine, our Senior Occupational Therapist, provided to the children earlier this year. Kinetic sand is regular sand that has non-toxic ingredients added to it to enable it to be manipulated and moulded to hold its shape without crumbling, and which makes it stick to itself rather than to your hands.

Revisiting this medium sparked several ideas from the children. With modelling, they used provisions such as differently sized plastic cups and cupcake moulds to fill then squeeze the sand out of the containers. The children filled up containers with the sand and then then smashed the piles of kinetic sand that they formed with these. They found this activity calming, and repeated the process several times. They realised that this product looked and felt like normal sand, but they thought there was “something else”. Knowing that the sand could be shaped by moulds, some of the children began pretending to make cupcakes, smoothies and juices. They collaborated with each other in this play, and also used the cups as ice cream makers.

Engaging in sensory play allows children to refine their fine motor skills, practice cooperation and collaborate with peers. It also promotes creative thinking as the children re-enact everyday life experiences in a safe way. Sensory play promotes a sense of calm and supports sensory processing, in this case particularly tactile input, as the children touched, squeezed and played with the kinetic sand. 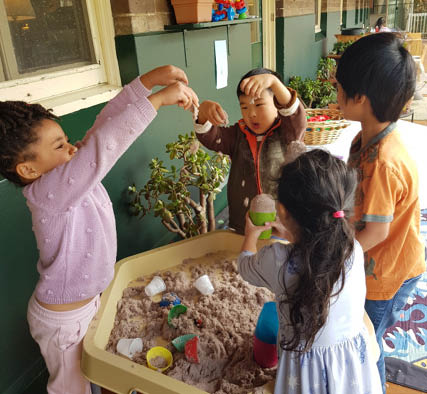 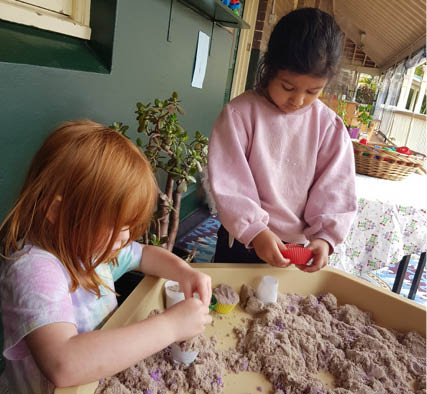 The children in Rigby House have been having a wonderful time practicing their hand-eye coordination skills as they participate in a fun ball game.

To support the children’s developing hand-eye coordination, Educators suspended several balls from an overhead structure, and the children were encouraged to stretch and jump to hit the balls to make them swing.

Developing hand-eye coordination skills enables the eyes to guide the hands in accurate movement. Good eye-hand coordination skills support visual-motor integration, which is a fundamental base for developing handwriting skills, as well as for developing eye tracking skills which are vital for reading. These important skills are learned and developed as the children play and have fun. 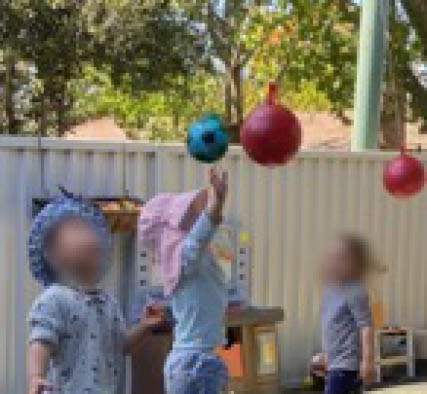 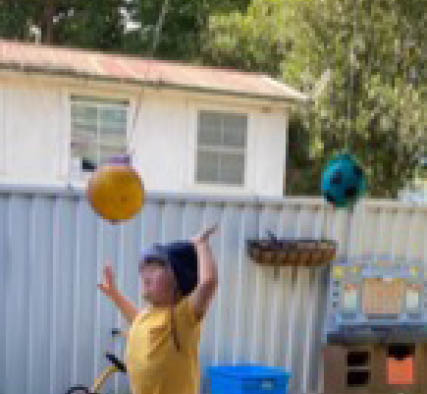 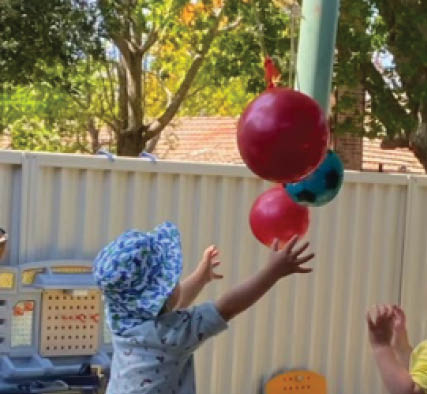