This Week at The Infants’ Home 15 November – 19 November

This week, 13–21 November, is Australian Pollinator Week, which acknowledges the important and unique insect pollinators during our southern spring.

To increase our awareness of the importance of pollinators, and to learn how to better support their needs, we read the story ‘Franki and the Banksia’, by Leanne Murner. We discussed how bees are one of the important pollinators who collect nectar from flowers to make their honey. The nectar is also a source of food for some insects, animals and birds. We also learned the many uses of the Banksia flower, such as being a source of food for some animals and a source of sugar water for some Aboriginal people, and how Banksia cones can be used transfer fire from one place to another. The children had thought it was impossible to move fire from one location to another as it is very dangerous.

This experience served as an opportunity for the children to learn about pollinators such as bees, and to begin to understand the process of pollination, which encourage flowers to bloom and trees to bear fruit. The children also learned about how bees extract nectar or pollen from flowers which they then use to make honey. 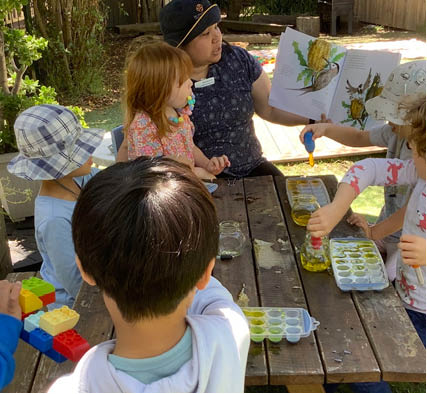 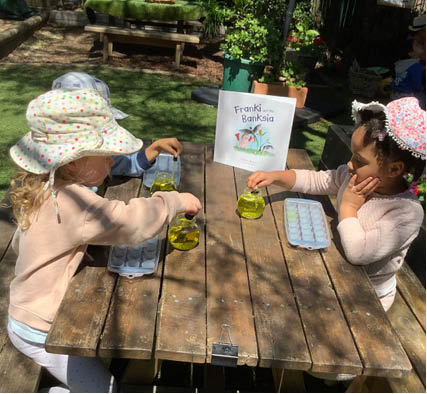