This Week at The Infants’ Home 9 November to 13 November

Recently the children in Johnson House have been exploring Aboriginal art with educator Shireen. They have been noticing how some art works have been created using dots to make pattern and designs. This form of art has been met with curiosity by the children, and they have been given the opportunity to create their own art using a similar concept. Some of the children were keen to explore how dots alone could be used to create patterns, while others were keen to explore painting with brushes together with dots.

All of these forms of exploration led to various discussions among the children, and a platform for sharing thoughts and ideas. Such experiences are seen as intentional teaching opportunities which form a strong foundation for the preschool program. This is supported by the The Early Years Learning Framework (EYLF) which acknowledges that educators use intentional teaching strategies to recognise that learning occurs in social contexts, and that interactions and conversations are vitally important for learning. 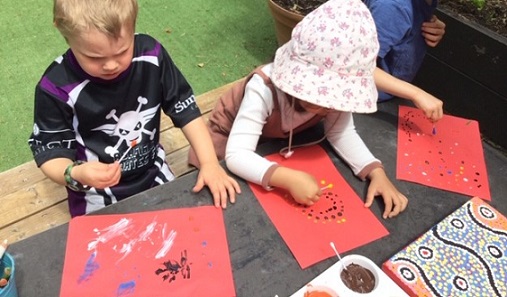 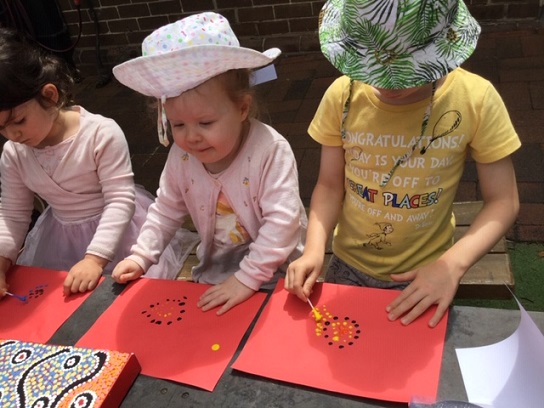 Throughout NAIDOC Week the children and educator Denise in Murray House read an illustrated storybook, My Culture and Me, written by Gregg Dreise.

The story is narrated by a child from an Indigenous background, and it relates the importance of knowing and cherishing one’s culture.

We talked about the pictures of the natural environment in the book, and how the child values his family, his connection to the natural environment, and the advice and stories told by the Elders in his community. The children noted some similarities in how they and the Indigenous boy love and respect each other and express their love through listening and giving each other cuddles.

Through this story we caught glimpses of the ways that Aboriginal people lived in the past and live in the present, for example, using spears instead of fishing rods to catch fish from the river, making fire by rubbing sticks in a specific position to make an ember which would grow into a fire instead of using matches or lighters, and using ochres to make body paints for ceremonial dances and to create artworks with special meanings and stories behind them.

As they read this story, the children learned that differences and similarities are to be celebrated and embraced, thus building on their cultural competence and their respect and understanding of other cultures. 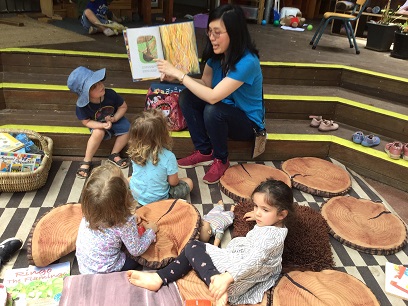 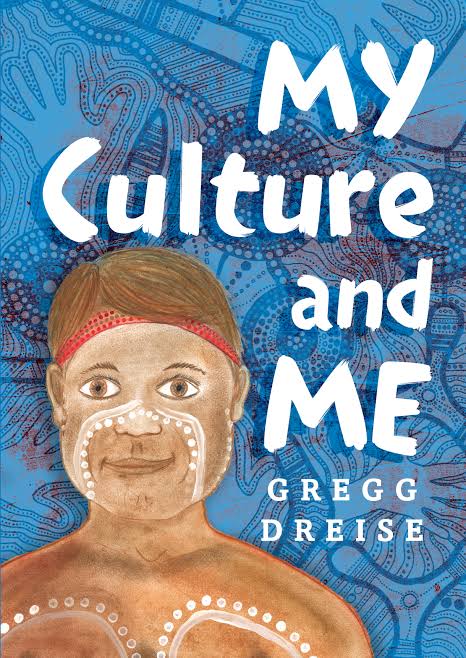 NAIDOC Week ‘Always was, Always will be’

NAIDOC Week celebrates the history, culture and achievements of Aboriginal and Torres Strait Islander people. This yeare’s NAIDOC Week theme of ‘Always was, Always will be’ acknowledges and celebrates that this nation’s story didn’t begin with documented European contact, in either 1770 or in 1606, with the arrival of the Dutch on the western coast of the Cape York Peninsula. The first footprints on this continent were those belonging to First Nations peoples (https://www.naidoc.org.au/get-involved/2020-theme).

In Robinson House we expanded our curious minds and our awareness of the importance of NAIDOC Week, and in particular the concept of ‘Always was, Always will be’, recognising Australia’s First People who have occupied the continent and its adjacent islands for over 65,000 years.

As the aim was to grasp a greater understanding of the theme ‘Always was, Always will be’ and what this means for Aboriginal and Torres Strait Islander people, the children and educators at Robinson House engaged with a variety of meaningful experiences to celebrate.

One experience involved reading the story Big Rain Coming, which was a wonderful story through which the children could observe the Australian landscape through very clear, detailed and colourful illustrations, and learn about the importance of rain for the animals, people and land. The children had the opportunity to make their own meaning from the story as they engaged in a creative art experience linked to the story. They visited various ways of painting, for example using dots to create symbolic images, (waterhole, rain, sun, and moon), and pressing their palm onto a surface to stamp their mark and journey on the land. 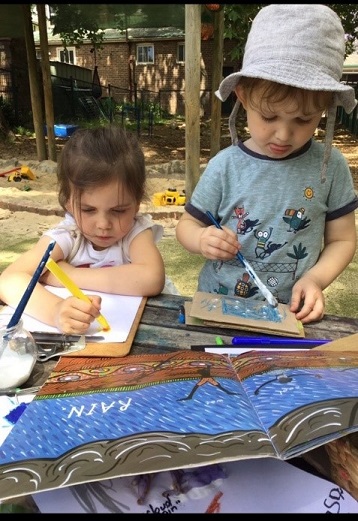 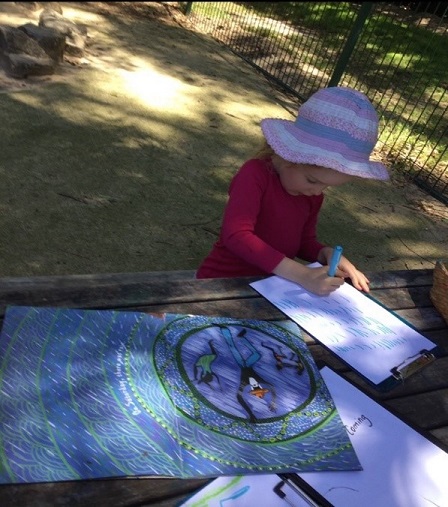 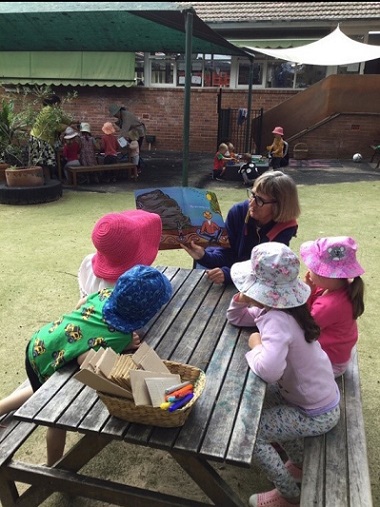 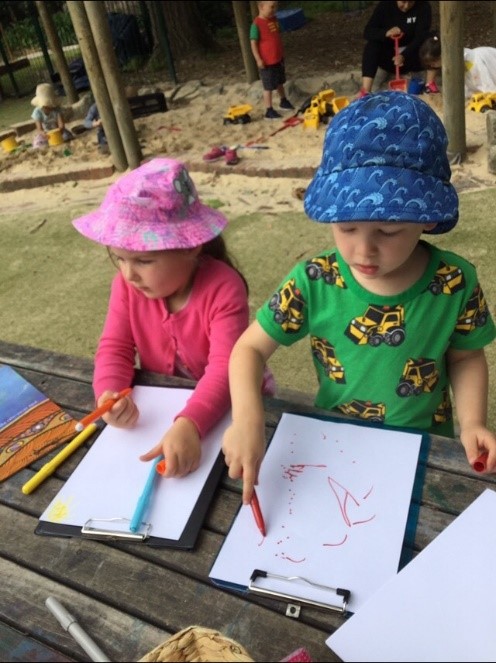